It was a dry July in Eden. The warm and dry spell continued and the rivers were down to their bones. Nymph fishing dominated most days and dry fly enthusiasts had to wait for the failing light of the late evenings. 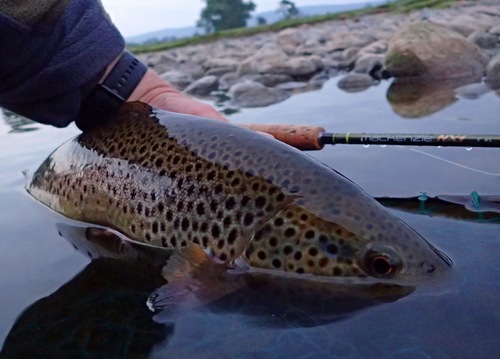 Tempted by a Blue Winged Olive

The evening sport was good at times. We saw, albeit sparse, hatches of Blue Winged Olives, Sedge and Caenis, plus falls of Blue Winged Olive spinner. Fish turned onto them, with suitable imitations of each species producing action at different times throughout some evenings. 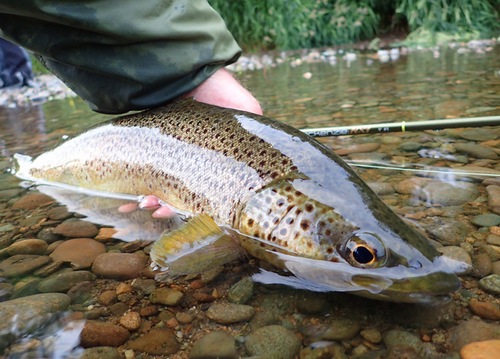 Another to the Blue Winged Olive

The rivers were low and gin clear and surface activity was at a premium during the day. So sub-surface offerings came to the fore, which suited our agenda when Joe came for a day on the river. The remit was nymph fishing techniques and we looked at European nymphing techniques, traditional upstream nymphing and did a bit of work with the ‘North Country spiders’. All techniques produced some interest from the fish, so it was a successful introduction for Joe. 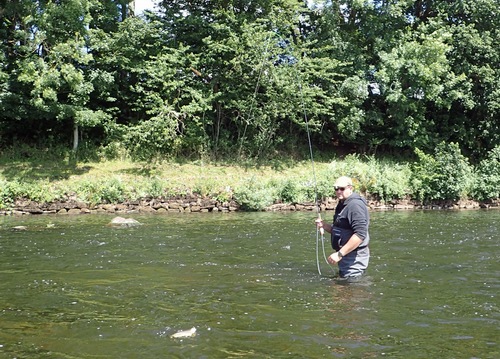 Joe took fish on the nymph

When fish were tempted to the surface during the day it was, in the main, by some of the tinier morsels that occasionally present themselves to the fish on our rivers. So when Jon had his first taste of fly fishing in Eden, most of our day was spent targeting fish that were rising to Midge and/or Aphids. 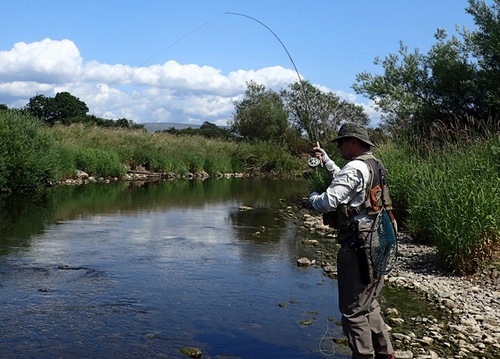 Jon scored with the Midge and Aphids 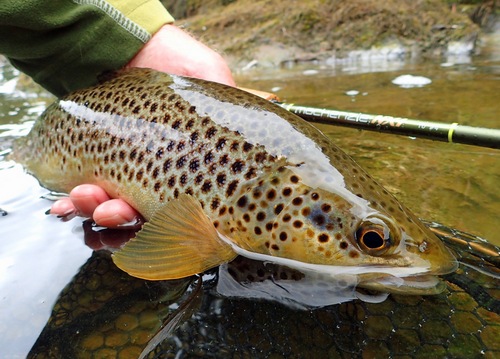 The rivers were getting very low by the third week of the month. Presenting nymphs in various ways, depending on depth and current velocity, proved the most productive in the bright conditions. And size did matter! Invertebrates at this time of year tend to be very small and our nymphs have to reflect this. 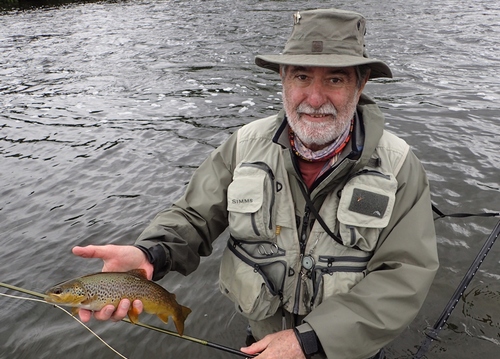 A fish on the nymph for David

Wet weather returned towards the end of the month and it rained all day for David and Sam’s day in Eden. The trout didn’t really appreciate the change in conditions. It was quieter than I’d have like, but both stuck at it and managed to get some action. A mix of North country spiders and nymphs were enough to tempt the occasional fish and save the blanks. 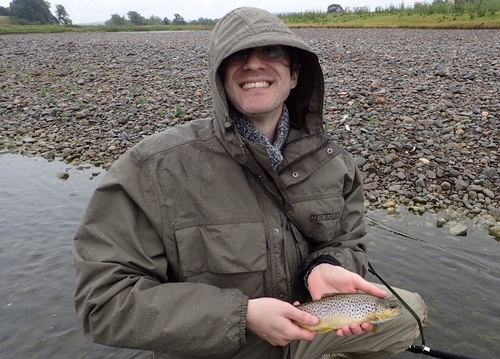 Sam Shows off his catch