April in Eden started off with the rivers high and dirty. It wasn’t all bad news though – Covid restrictions were relaxed on the 29th March and we were allowed to move around a bit more.

The rivers had settled by the 4th and normal service resumed, albeit with bitterly cold northerlies and long spells of sunshine! Luckily the rivers were still carrying a touch of colour, which compensated slightly for the sunshine and we saw trickles of our spring upwings. My first fish of the month fell to a March Brown imitation. 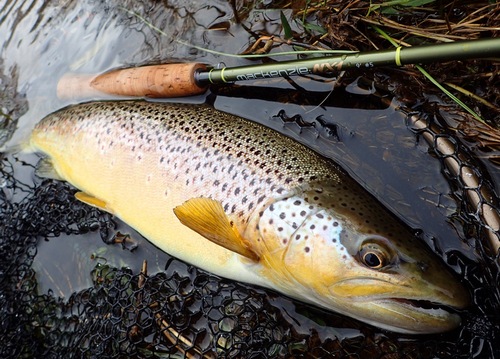 First of April to the March Brown

The northerly blasts continued until mid-April, giving us a spell of very cold wintry weather, with snow at times!
The spring flies weren’t detered by the weather. They still came, just not in the numbers that we normally see and hatches were very short-lived affairs. But if you were prepared to wander and watch, you’d normally come across the occasional fish that was being tempted to the surface. 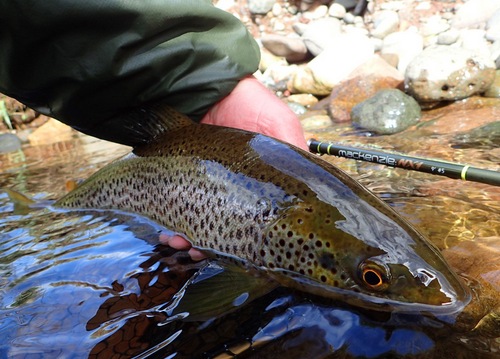 The occasional fish was tempted to the surface 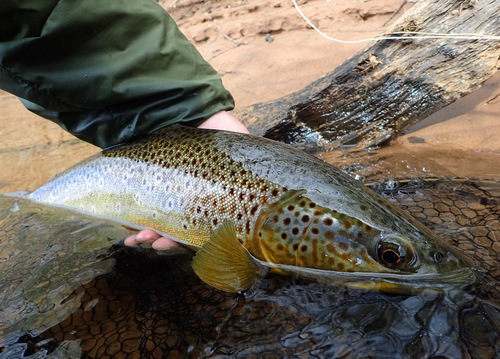 The cold weather kept our Grannom hatches at bay in the early part of the month. It was the 17th before I saw my first meaningful hatch of our seasonal daytime sedge. And with water temperatures driven down by the cold snap, the fish were reluctant to come to the surface with their usual vigour, on what I normally class as their first big feed of the season!

Luckily the fish fed well to a good hatch of Grannom when David joined me for a day’s guiding. He managed to score on both dry and wet imitations. 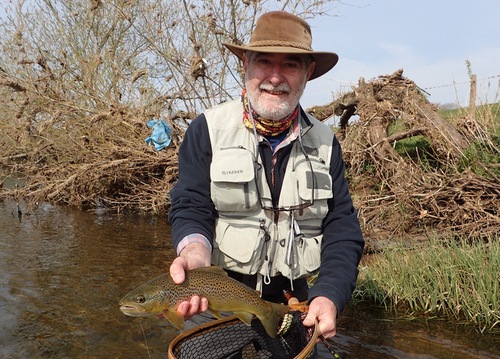 David hit a hatch of Grannom 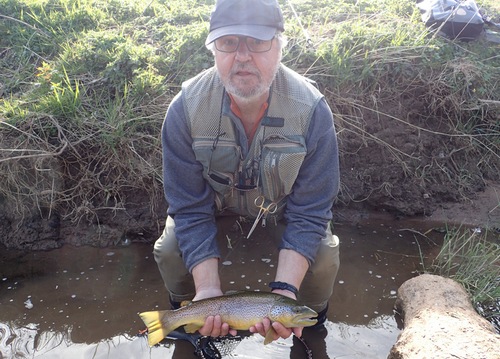 A Grannom feeder for Trevor!

Trevor joined me for his first taste of Eden. After a morning spent working on techniques, we were fortunate to hit a mid-afternoon Grannom hatch and Trevor got a nice fish on his debut!

The final week of April saw the rivers very low, following a long spell of very cold, dry, sunny weather. The fishing, despite a reasonable show from the Grannom, had been tough. The Grannom are normally followed by hatches of Iron Blue Duns and Olive Uprights and this year was no different. Mike arrived just in time to hit this latest batch of upwings and our river performed okay for him. 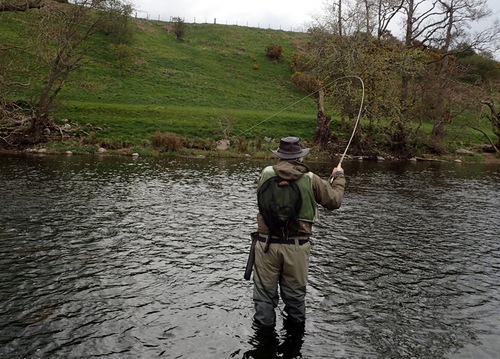 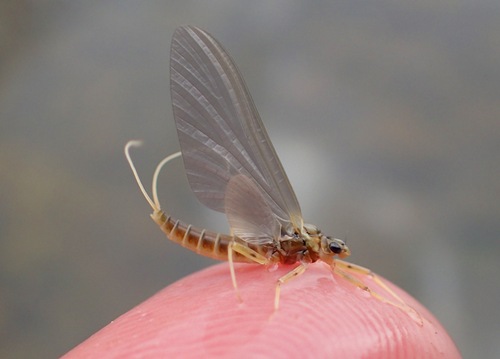 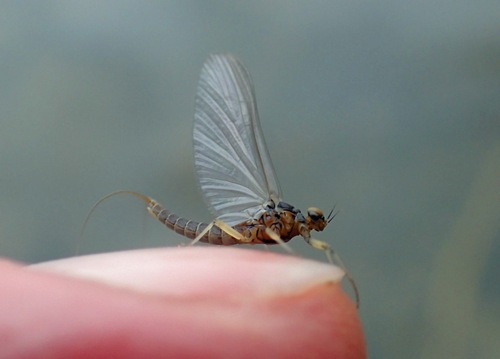 Our seasonal flies still refused to show in their usual numbers, but we saw trickles of Large Dark Olive, Olive Upright and Iron Blue dun during the final days of the month and if you were fortunate to be in the right place…. 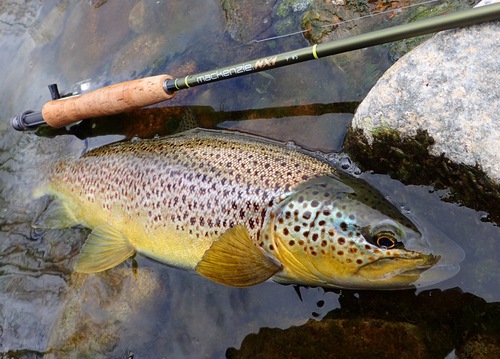 If you were fortunate to be in the right place….