August in Eden was another unsettled month! Heavy rain on the evening of the 4th brought our rivers up and we lost a few days whilst they were settling back to a more fishable level. Once they did, we managed ten days of settled weather before rain on the 18th heralded a very unsettled final two weeks! 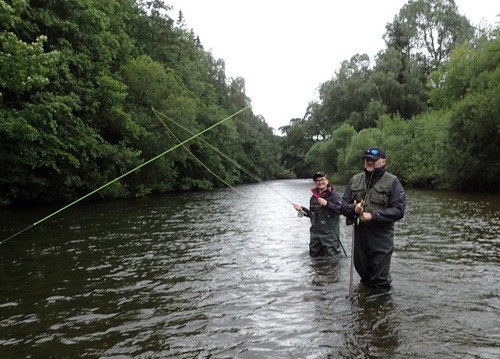 Mitch is into a fish as Oli watches on

Days were lost but, luckily, not too many and most visitors to Eden managed to get some action. August has never been a month for much in the way of surface action, so most of our efforts were concentrated around sub-surface offerings. Mitch and Oli stopped off for their first taste of fly fishing in our area. For young Oli, it was his first go with a fly rod. It’s great to see youngsters trying our sport and Oli got some action, so hopefully his positive debut will inspire him to try again! 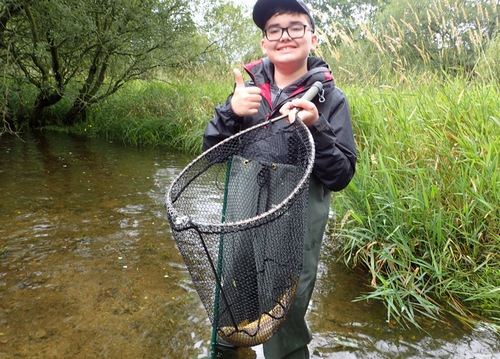 Oli has a trout in the net

It wasn’t all positive. We’ve always associated August with ‘dog days’ and so it proved at times, with the fish playing hard to get. But, most of the time, hard work prevailed and we got some reward for our efforts. Colin had a tough day when his visit coincided with a more seasonal spell of August weather. Undeterred by the conditions, we rang the changes and moved around and managed to get fish to cooperate! 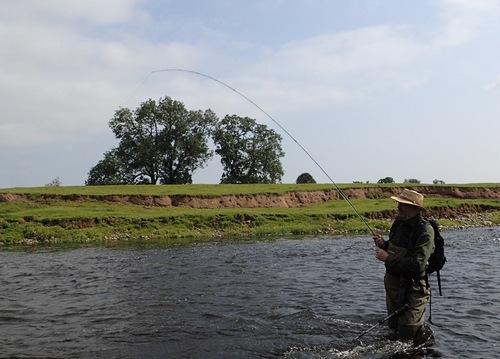 A fish for Colin on a tough day in Eden

Wet weather on the 18th brought a spell of unsettled weather and fluctuating water levels, but it was very welcome. We needed something to perk the fish up and the cooler water temperatures did the trick. Pete was out with me at the beginning of the unsettled spell and he hit it just right, when a few nice fish responded positively to his offerings! 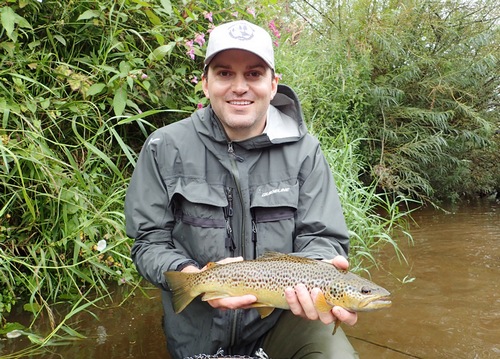 Pete shows off a nice fish! 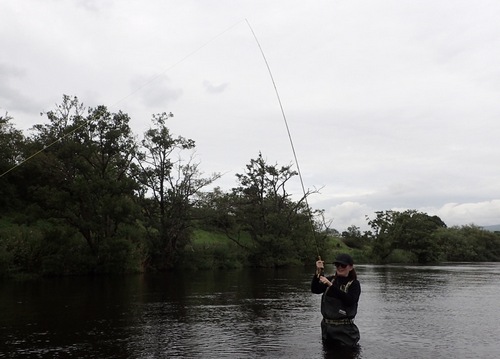 Beth into her first fish on the fly

The cooler, unsettled weather and water temperatures continued for the remainder of the month. It helped a few newcomers to Eden, and fly fishing, to get their first Eden trout. Harry had an awful day, weather-wise, for his visit. It poured down all day and he ended up fishing a rising river. But the conditions suited the fish, they turned onto the feed and he had a good deal of action before the river peaked and the fish turned off…. 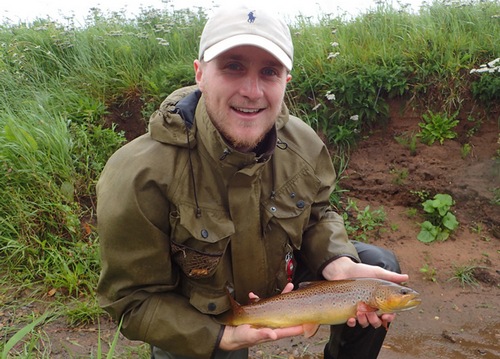 Harry with a nice fish on his river debut 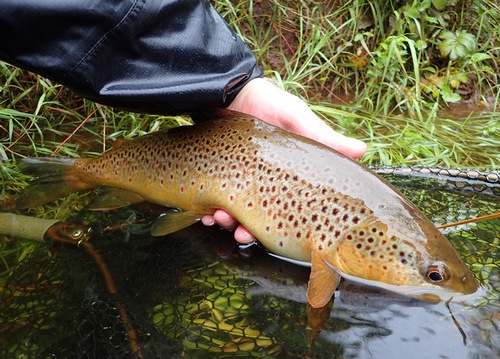 A lift in levels perked the fish up

We have a good selection of rivers in Eden and we can normally find somewhere to fish, but the severe weather blew all the rivers out in the final week of the season. A few days had to be rearranged, not completely lost, just delayed until better times. 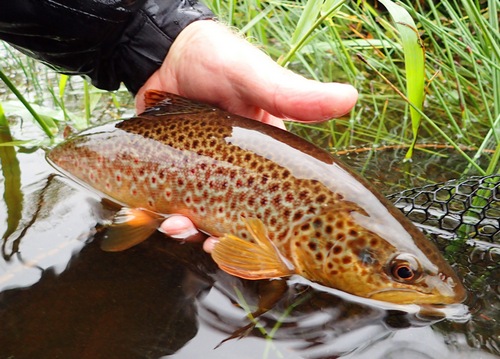 Another nice fish from a high river