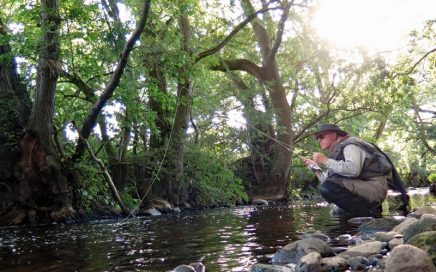 The final month of Summer

Summer is now officially over – for what it was worth. The autumnal weather of July continued into August, but the fishing in Eden continued to be very good at times. Cloudy, overcast days and lower water temperatures helped improve our fishing during what has been traditionally known as a tough month for us fishermen. […] 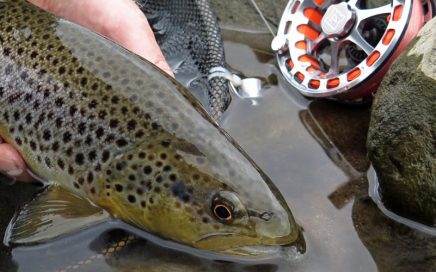 The weather seems to be all over the place at the moment. We had a brief hot spell during the third week of July – when we had the hottest day of the year – but apart from that, it was a wet and unseasonably cool month in Eden. The weather was more akin to […] 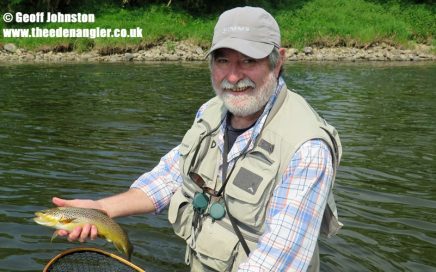 It’s really great to see youngsters coming into our sport: Sam and Ben joined me for their first go at fly fishing on the final day of May. Both boys picked up the casting really well and both managed to get a decent line out at their first attempt and had the chance of fish […] 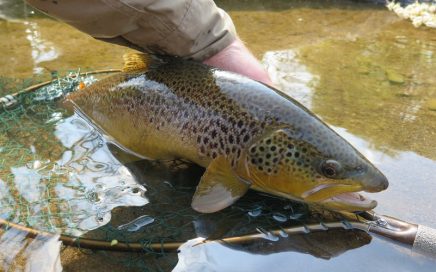 May catch up – better late than never…

I must apologise for the lateness of this ‘May’ update. It was a busy month and if I wasn’t guiding or teaching, I was fishing myself and I’m afraid that I just couldn’t force myself to sit at the computer when there was fishing to be done! I always find it difficult to keep my […] 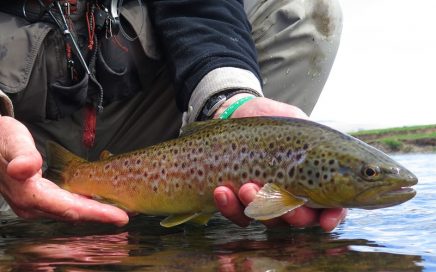 A positive April in Eden

We’ve had a pretty typical April in Eden: it was a month of mixed weather, we’ve had the lot, ranging from sunshine to rain, to hail and snow and bitterly cold winds. Daytime hatches increased: Large Dark Olives hatched most days; March Browns continued to hatch until around the middle of the month; Iron Blue Duns […] 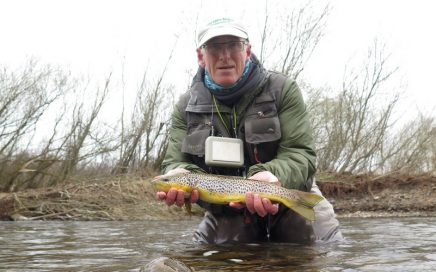 The start of another Trout season in Eden

An opening day trout on the nymph Our trout season in Eden kicked off on the 15th March and we had a relatively good start. Opening day dawned bright and sunny, and if I was honest, it was not what I’d have wished for, as our spring Olives don’t like sunshine and so it proved; […] 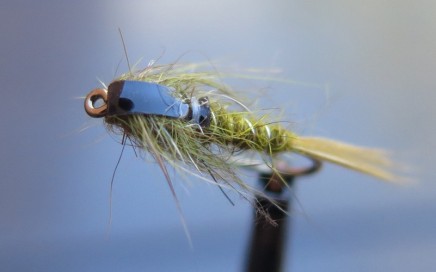 It’s only two weeks until the 2016 trout season kicks-off in Eden and I can’t wait! As mentioned in previous updates: we’ve had the worst winter floods for years and there has been many changes on our rivers. If I’m honest, most of the changes – if you ignore bank damage etc. – that I’ve […] 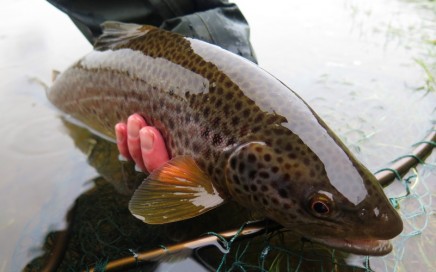 A new year in Eden

Happy New Year everyone. Welcome to 2016: a new year to look forward to, with fresh hope and our 2016 Brown Trout season only eight weeks away! After the grim, flood ridden, end to 2015 we can only hope for better this year – it seems to have been a more positive start so far. […] 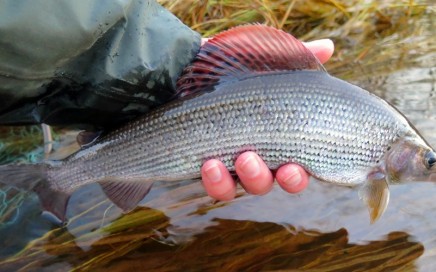 The weather changed towards the end of October and it’s hardly stopped raining since. We seem to have had one weather front after another blasting in from the Atlantic – the latest trend from our weathermen is to give them names – we’ve had Hurricane Kate, Storm Abigail, Storm Barney, Storm Clodagh . And then […] 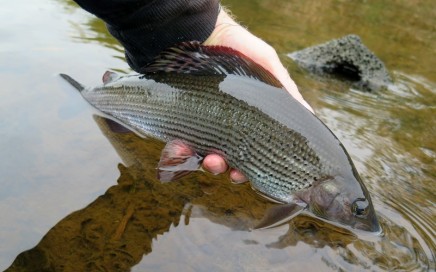 The beginning of October heralded the start of grayling time in Eden. The Trout season is over and it was time to concentrate on ‘The lady of the stream’ properly. John with his first Grayling on the fly John and Henry were my first clients of October and with the weather more akin to the […]