Eden in July was a month of unsettled weather and some great sport amid fluctuating river levels.

The month began with a falling, coloured river and the first two weeks consisted of a series of rising and falling waters. But it didn’t hamper our efforts too much and a mix of nymphs, either on their own or in conjunction with a team of our North Country spiders, produced some good sport for some of our visitors to Eden. 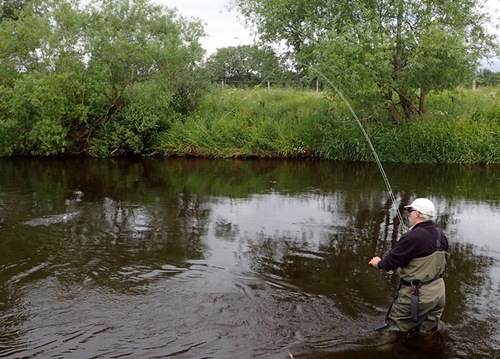 Colin is into an Eden trout

Colin joined me for his first trip of the year to Eden. The river was coloured and falling and the fish weren’t too co-operative for him. But some well presented flies did produce some action, and we were fortunate to find a few fish working the flats to give us a short period of dry fly fishing! 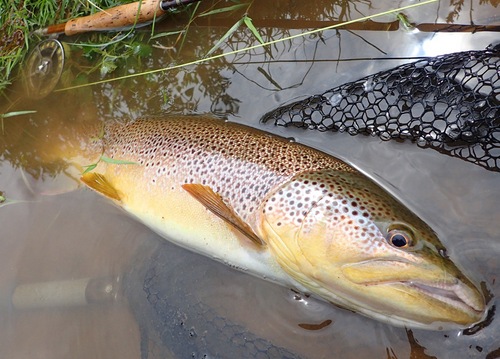 Fish came to a mix of dries and nymphs

The coloured water didn’t stop fish from feeding and a day off between guiding sessions produce some good sport, and fish, to a mix of dries and nymphs – either on their own or fished together. 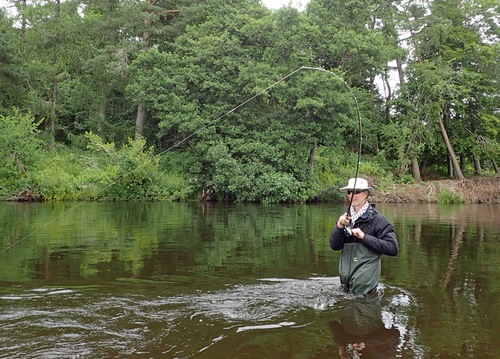 Colum into his first river trout 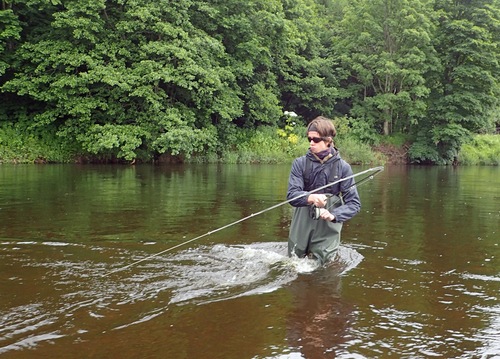 The weather remained unsettled and river levels were up and down during the first half of the month. I was a touch concerned for the visit of Eben and Otto. We’d had rain the night before and the river was expected to rise. We decided to go for it though and the boys had a great day! We fished a rising river in the morning and both had some sport, including a river PB for Otto! The river switched off as it peaked around lunchtime. But it turned quickly and began to fall. The fish switched on again mid-afternoon to ensure that the boys finished the day with a flurry of activity. So all worked out well, despite my earlier concerns – it’s a funny old game sometimes! 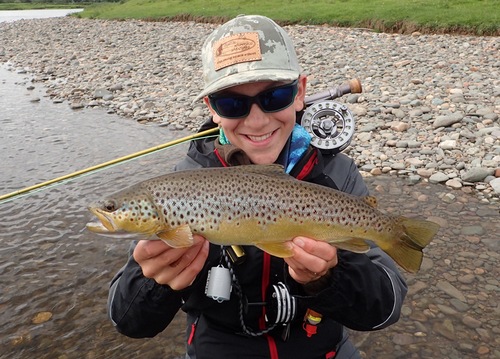 Otto with his river PB 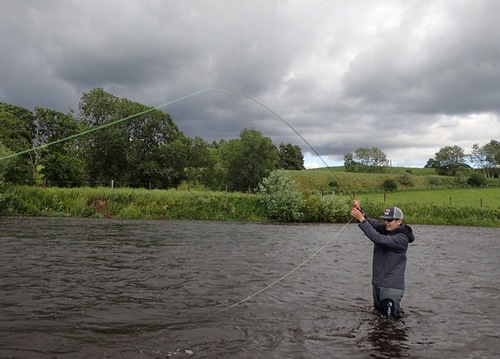 Eben is into a fish

The weather and the river settled down during the middle of the month and all was pretty stable for David’s visit to Cumbria. The fishing wasn’t easy and he had to work hard for what he got, but hard work and persistence often pays off. A few fish and some action on each of his days on the river ensured that David was rewarded for his efforts. 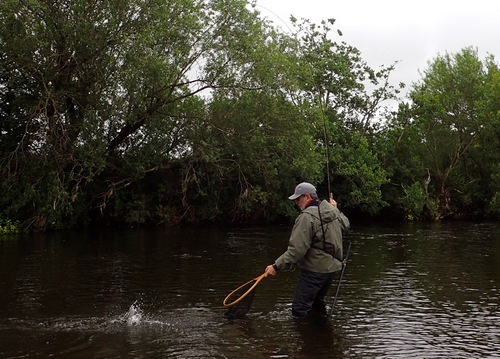 David brings a fish to the net 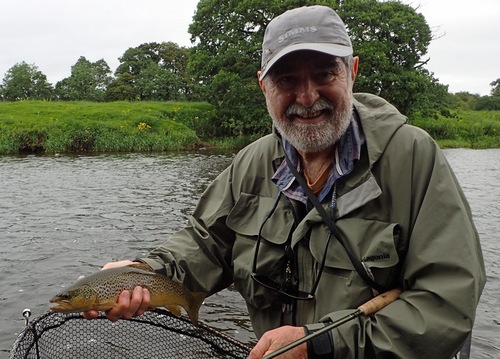 An Eden trout to a well presented nymph

Settled weather continued into the third week of the month. Rising fish were pretty hard to come by, but the nymphs and spiders produced some action, and fish were caught and lost by most that joined me for a taste of fly fishing in Eden.

Then the weather changed for the final week of the month and we were back to changeable weather, rain and fluctuating water levels. Strong westerly winds made life difficult at times, but I did get the occasional reward by sticking at it! 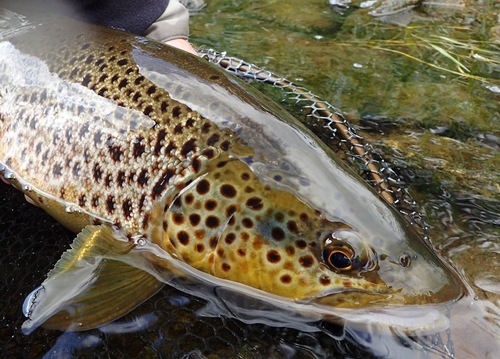 The final day of the month saw Robert join me for his first taste of fly fishing. After going through everything needed to take up our great sport, we looked at casting, flies, rivercraft etc. Then Robert fished for his first trout on the fly. After of few, unlucky, missed chances he eventually got his first fish – it may not have been the biggest, but it was certainly welcome, and it was bigger than the first trout that I got when I first started fly fishing!

Hopefully this taste of our great sport will have been enough to get Robert hooked…. 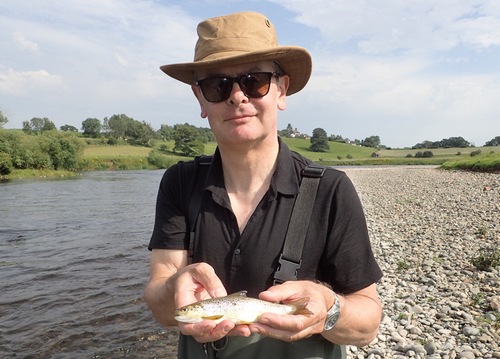 Robert with his first trout on the fly!