Well, that’s another season over in Eden. It’s frightening – and disappointing – how quickly the years pass for me now. It doesn’t seem long since we were starting the season – with some trepidation – in March; wondering what we would be left with after severe winter floods had swept through the system in the previous winter.
A good start to the season ensured that any worries were soon allayed. Fish were in good condition and hatches were on a par with previous seasons. Large Dark Olive hatches were pretty sparse initially, but they improved towards the end of the opening month. I saw my first March Browns on the 22nd March, they were appearing in better numbers by the 31st and continued to trickle off the river well into April.

So it appeared to be business as usual. Swarms of Grannom started to come off on the 19th April. The Olive Upright hatches were good again. On the 13th May I saw the largest hatch of Iron Blue Duns that I’d seen in years – and not one fish stuck it’s neb out of the water! It was hard to believe that the fish showed no interest in the myriad of duns floating down the river, but they were feeding below the surface and my client for the day did catch on a mix of spiders and nymphs. 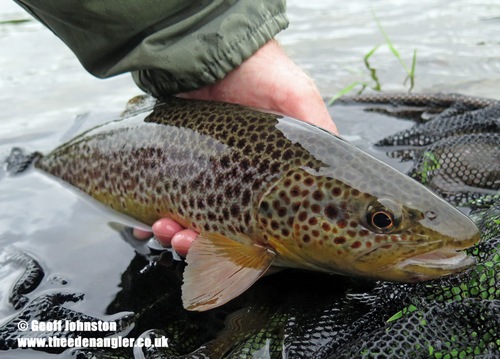 The floods were soon forgotten about and the 2016 season turned out to be a good one for me and most of my clients. Although, if I was honest: it wasn’t ‘all sunshine and roses’ as we did have some tough days too. Some areas didn’t fish as well as previous years – but some fished better. I have my own theories on why that may have happened, I also think that if we don’t get severe floods again this winter the fish will spread out again and some areas that didn’t fish as well this year may come good – or be better – next year. 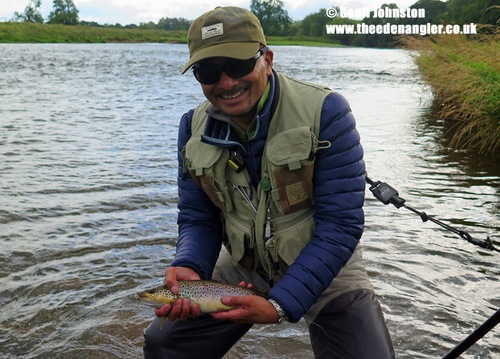 Conway with a nice fish on his Eden debut

The unsettled weather of August continued into part of the final month of the season, but when we did get out: September was a good month in Eden. Daytime hatches were pretty sparse and rising fish were at a premium, but a variety of sub-surface offerings provided plenty of action.
Heavy rain on the 3rd brought the rivers up. They’d settled back by the 5th and although they remained a touch coloured, they fished well for the remainder of the week. The weather settled down for the second week of the month and most visiting anglers managed to get some action…. 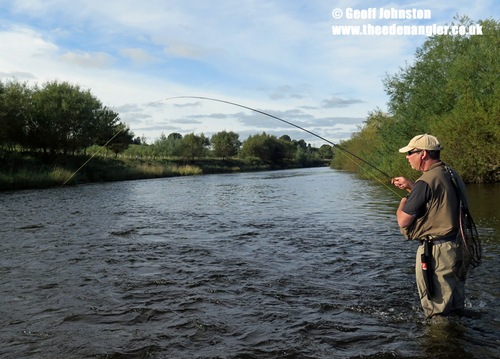 Martin is into his first Eden Grayling 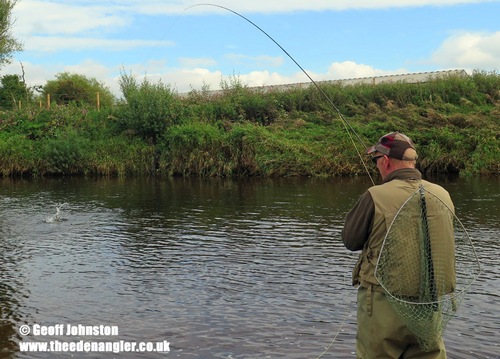 Rain during the third week threatened to scupper Wayne’s first go at an English river. He was visiting the UK from Kansas, therefore we couldn’t rearrange – it was the allocated day or nothing. Someone must have been smiling on us though, as the weather settled down and so did the river. It produced a few above-average fish on the day – his first English Brown Trout weighed in at 2lbs 12ozs. 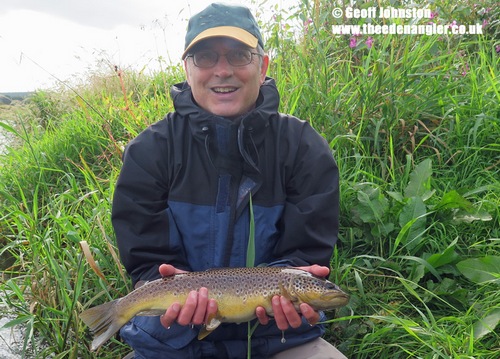 The river was still carrying a touch of colour at the start of the last week of the season. But it was ‘good colour’ and – apart from being washed off on the 29th – we had a productive final week. Mike joined me for a couple of days and caught a mixture of Trout and Grayling in both sessions…. 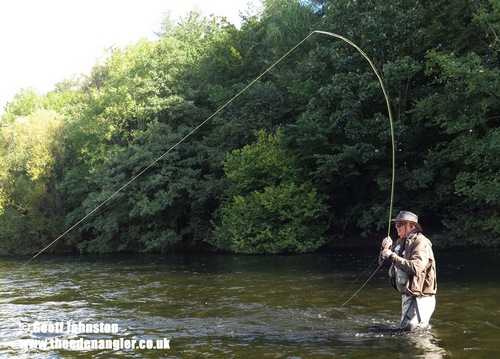 I managed a couple of days during the final week. The river produced some good fish during both sessions, including a very nice 2lbs 2ozs Grayling – let’s hope that there’s a few of these about over the winter. 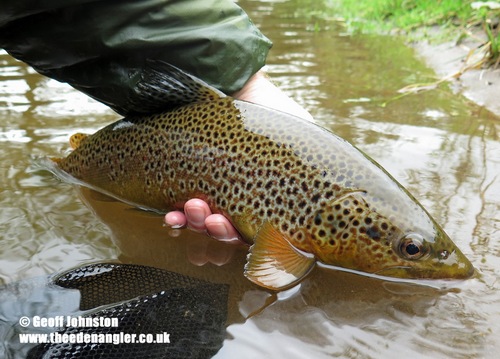 Some good fish in the final week – 1lbs 10ozs 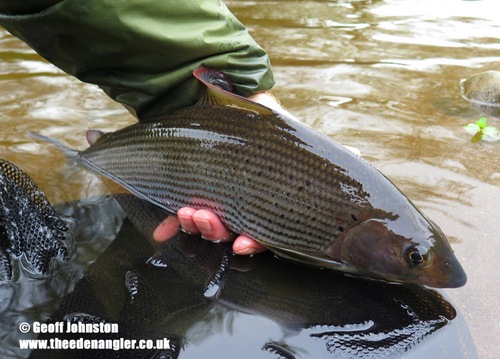