June 2021 began with a spell of very sunny and very hot weather, but it also brought the season’s first hatches of Blue Winged Olives! 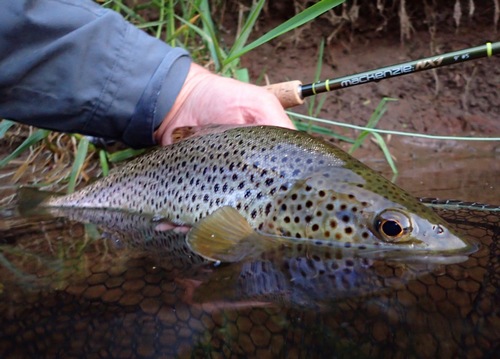 First fish of the season to a Blue Winged Olive

It’s great to see young people taking an interest in our sport. Hector joined me for his first taste of fly fishing, and he managed to get his first trout on the fly! So I hope that the day has given him the enthusiasm to try it again and/or take up fly fishing at some point in the future. 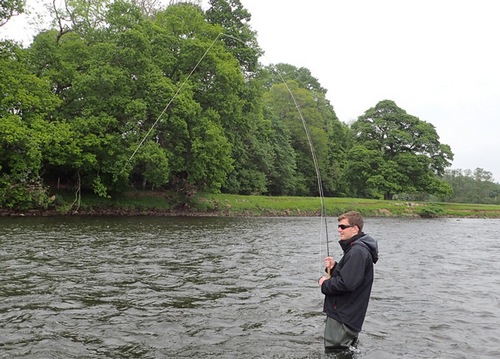 Hector had his first go at Fly Fishing

The warm weather continued into mid-June. Blue Winged Olives were seen most days and evenings, and sport was good. Days on the river were mainly occupied with newcomers to our sport, with the majority trying ‘Taster Days’. Although a few of the more seasoned anglers came too. With some, like Tony, trying Eden for the first time. 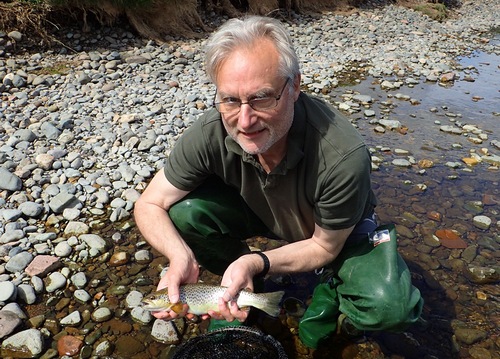 A first taste of Eden for Tony

The Blue Winged Olives, like many other species this season, weren’t as prolific as hoped for, but we saw them most days. Some evenings we were seeing sport to a mix of Blue Winged Olive duns and spinners, Caddis, Midge and Caenis. Daytime sport was a mix of nymphing, spider fishing and dries. With imitations covering BWO, Midge, Aphids and Beetles. 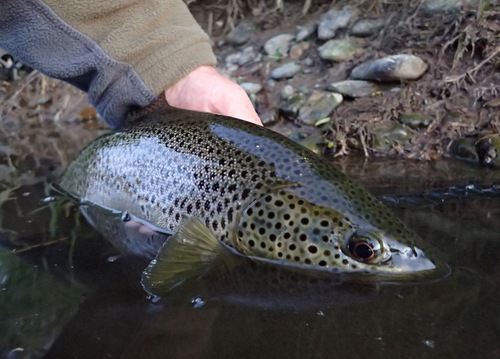 The good weather continued and by the middle of the month the rivers were starting to run gin clear and low. We had a few challenging days in the conditions. Fish were reluctant to come to the surface in the sunshine, but enough responded positively to sub-surface offerings to get most, that braved the sunshine, some sport. 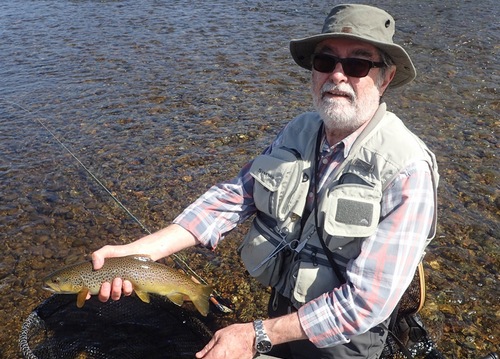 David with a nice fish to the nymph 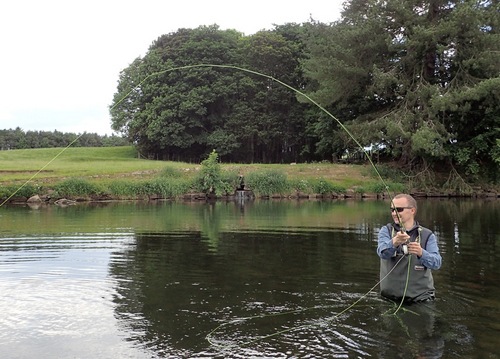 Ed is into a fish on his fly fishing debut

A weather front blew through the area towards the end of the month. It brought a brief return to cooler and wetter weather. It was only brief and the river only came up 2cm, but it was a very welcome lift. David joined me on the day that the rain swept through and he did well on a challenging day. The fish seemed reluctant to feed. The initial responses to David’s offerings were just a few tentative tweaks, before the day was saved when his best fish of the season so far walloped one of his spiders! 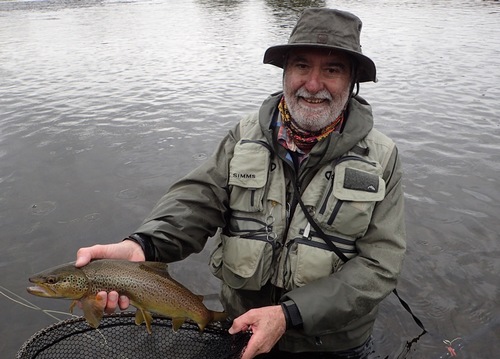 David with his best fish of the season