Our 2021 brown trout season kicked off on Monday 15th March with us still in the grips of our latest Covid lockdown and, following weekend rain, our rivers in flood!
The one positive about this recent lockdown was that fishing was seen as being beneficial to our mental state. It was allowed as part of our daily exercise routine, but with limits on travel. Fishing was only allowed on rivers and stillwaters that were classed as local, in relation to where we lived. Luckily, that was not an issue for me.

Our rivers were big and dirty for the first three days of the new season, but all was good by the 18th. Although still carrying a touch of colour. They were fine and our seasonal flies – Large Dark Olive and March Brown – made a brief show to get a few fish on the feed. And I made a good start to the season when I found a nice fish sipping on Large dark Olive emergers! 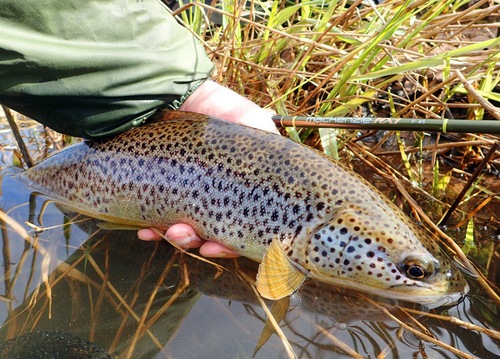 First fish of the season on an Olive Emerger

Our rivers settled down and remained fishable until we had more rain on the 28th. Cold winds swept through the system most days and hatches of our spring flies were sparse and short-lived affairs. But wandering with the dry fly or speculating with our North Country spiders produced some action on most outings. 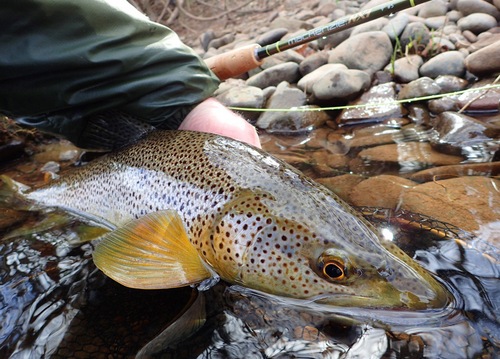 A bonnie fish tempted by a March Brown spider 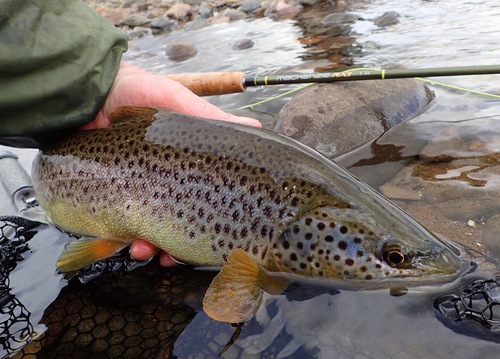 Another spell of heavy rain on the 28th blew the rivers out on the 29th and 30th. But they were okay for the final day of the month. The river was coloured, but fishable. The Large Dark Olives and fish were not too keen to make a show, but the day was saved when a sparse hatch of March Browns was enough to tempt the occasional fish to the surface…. 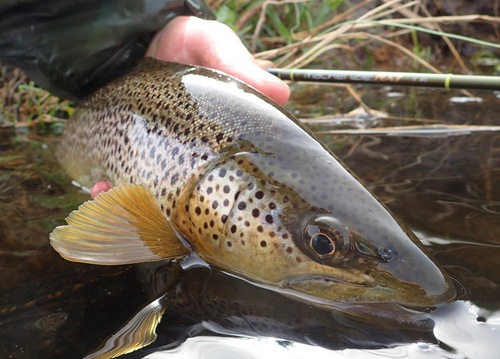 Tempted by a March Brown dun!