The weather changed towards the end of October and it’s hardly stopped raining since. We seem to have had one weather front after another blasting in from the Atlantic – the latest trend from our weathermen is to give them names – we’ve had Hurricane Kate, Storm Abigail, Storm Barney, Storm Clodagh . And then we had Storm Desmond: It maybe should have been ‘D’ for ‘Destruction’ or ‘Devastation’ after the turmoil that this one left in it’s path as it ripped through my native Cumbria. The severe storms of 2005 were bad but this one was in a different league. Record rain falls brought our rivers up between three and seven metres in some areas. They broke their banks, washing across fields, destroying and damaging roads and bridges; flooding towns, villages and the city of Carlisle.

There’ll be big changes on our rivers. There was in 2005, when the changes produced positives and negatives: some parts of the rivers were gouged out and deepened and others were filled in; some areas have never fished as well as they did prior to the 2005 floods and others have fished better. So, there’s going to be a bit of exploring to do once we get back on our waters…. 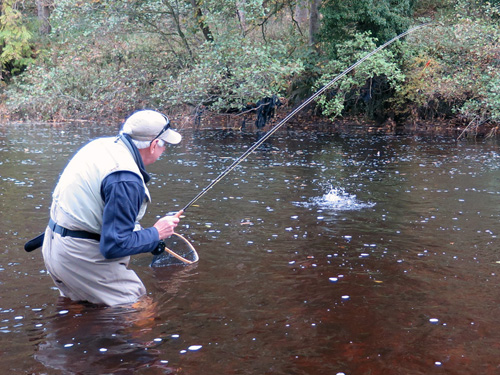 Doug is into a fish

The miserable weather has meant that I’ve hardly been out since the end of October. I’ve only managed five outings in the last seven weeks! One of them – at the beginning of November – was with Doug. He came for his first grayling outing of the season and to look at some Czech nymphing. It worked out just right for him, we had a bit of fresh water, but not too much, and the ‘touch of fresh’ had dropped the temperature, so the fish were lying deeper; spot on for a bit of Czech nymphing. He fished his team of bugs to good effect, which produced a steady trickle of fish throughout the session. 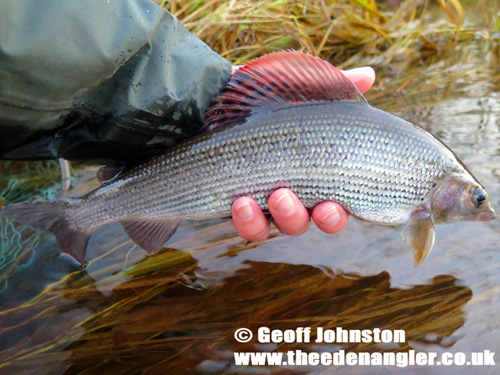 I don’t carry a thermometer these days, I used to and I recorded temperatures religiously, but I haven’t bothered for years. I know that water and air temperatures have a great bearing on what happens in and out of the water, but they didn’t have a bearing on whether I was going to go fishing or not. I’ve always been of the opinion that – as long as the river’s not in flood – if I’m going fishing ‘I’m going fishing’ and I’ll just take what comes. It’s all part of the challenge and you just have to accept that you’ll have good days and you’ll have bad days or tough days and easy ones…we have so many techniques at our disposal today that there is always something to suit most conditions – as long as you know what to use and when.
It was the latter part of November when I next got out and it was obvious that the rains had dropped the water temperature – I could feel it through my waders. There was no sign of the olive hatches that the unseasonably warm October days had produced, no reason for the grayling to look to the surface, so Czech nymphing was ‘the method’ for me. 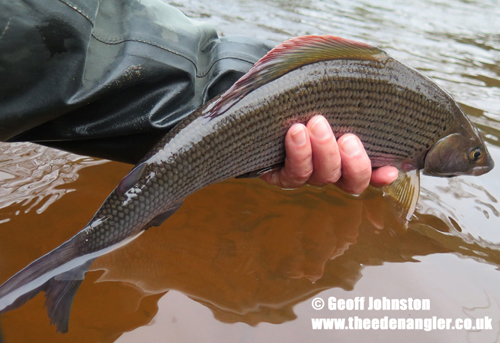 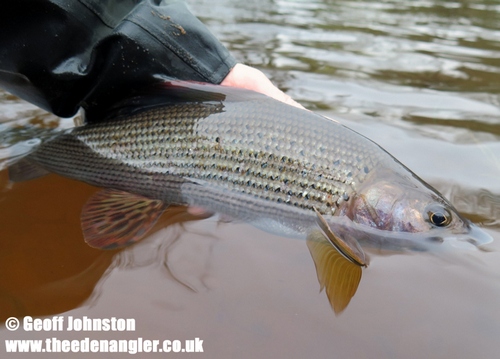 The ‘bugs’ worked during those few outings and a few decent fish were tempted to my offerings.

It’s mid-December now and I haven’t been out since the 26th November. Looking at the weather forecast, it could be very doubtful that I’ll wet a line before Christmas. The rivers are still relatively high in our area and the land is sodden so it doesn’t take much rain to raise the rivers at the moment – we’ve had light drizzle today and the Environment Agency’s gauges have shown a slight lift on the upper Eden.

I suppose that there are positives though, the long break is giving me a chance to re-stock my fly boxes. As a full-time guide on the river, I go through a lot of flies in a season….