July was a challenging month in Eden. The weather was very unsettled – especially in the latter half of the month – and river levels were constantly changing.
Apparently it’s the Jet stream that’s to blame: it’s much further south than it should be at this time of year and it’s dragging one low pressure system after another in from the Atlantic and over the UK.

June ended with a deluge and the Eden was ‘out’ on the final two days of the month. But our river seems to drop very quickly nowadays and it was fine for Jordan and friends on the first two days of July. It was their first taste of Eden and, considering the conditions, our river performed well. All got some action and Jordan finished ‘top rod’ in the group. 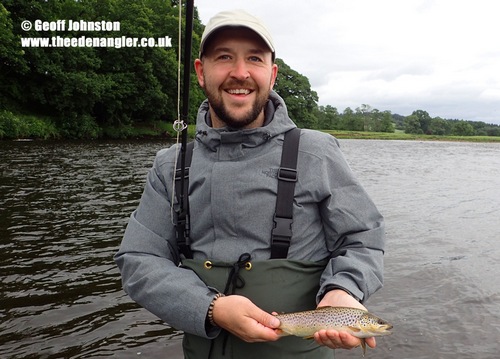 Jordan with his first Eden trout

The river was back to a good level for Manfred and Daniella’s final session before heading back to Switzerland. We even managed to find a few midge feeders for Manfred. He fished tiny dries to enjoy some action on flies much smaller than he’s used to fishing on his home waters. 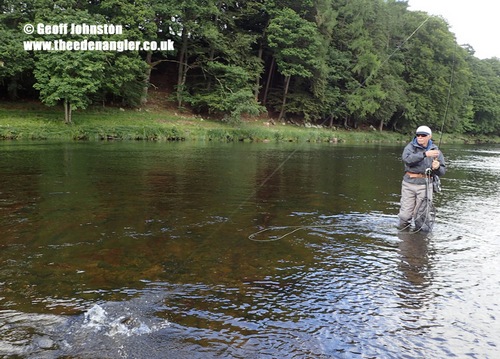 A midge feeder for Manfred 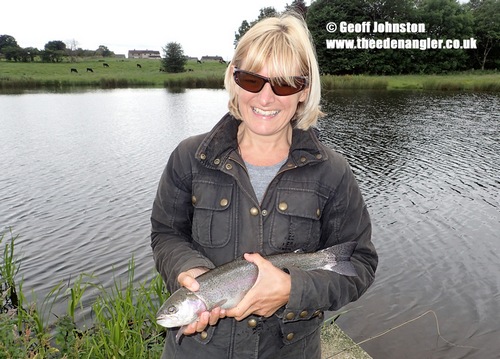 A rainbow trout for Angela during a casting/fishing session

Heavy rain on the 8th brought a slight lift and some colour to our rivers, but I wasn’t too worried as I had a few sessions booked on local stillwaters. 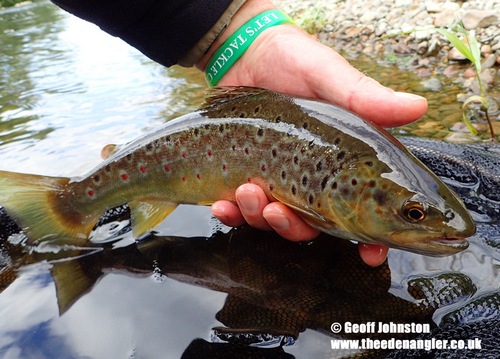 One to the French leader

The rivers were fine again by the 11th and a spell of more seasonal weather coincided with a break from guiding. Most of my fishing has been concentrated around the dry fly so far this season. So as the conditions were more seasonal – bright sunshine, low river – I decided to break out the ‘French leader’. This can be a very effective technique in most conditions, depending on how you employ it, but I think it really comes into it’s own when the river is low and clear. So it proved during a couple of very productive sessions in mid-July. 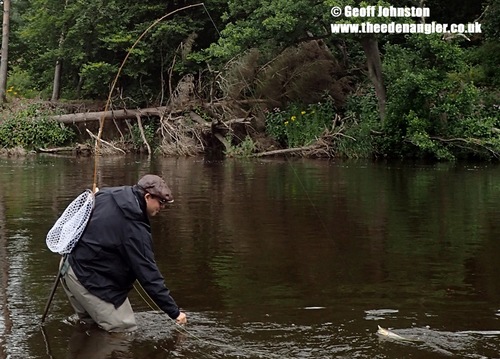 Markus draws a fish to the net

More rain brought another lift and a touch of colour to our rivers during the final week of July. But we were lucky and it wasn’t too big, nor too dirty, to fish. Markus joined me for his first taste of the rivers in our region and changing techniques throughout the day produced a good number of fish to his offerings. 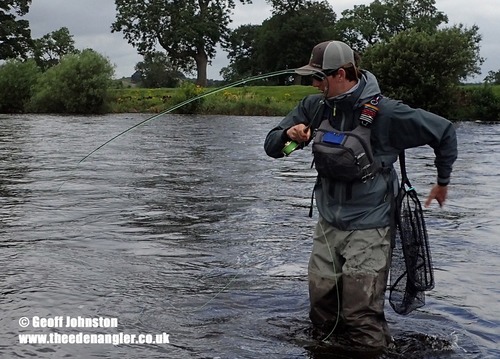 Tyler reaches for the net

It’s always great to see young anglers coming into our sport. Tyler was over from Michigan with his parents for his first trip to the UK and this keen young angler joined me for a day. Like many young anglers he tended to favour the heavily publicised ‘modern techniques’. For him it was the ‘ European nymphing’ style, which is getting quite popular in the states, with various books and dvd’s available on the subject. He was a very good angler. We tweaked and fine-tuned a few things throughout the session, and his efforts were rewarded with a good number of fish. Hopefully he left with plenty to work on, and think about, to give him many years of enjoyment in this great sport! 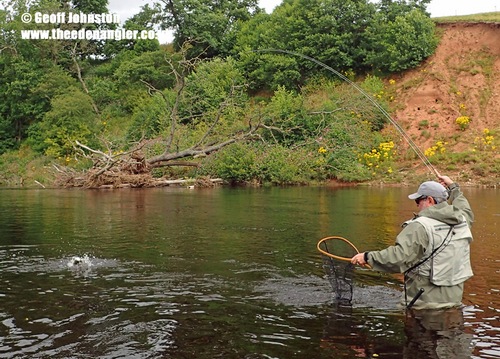 David is into a fish

The river was still carrying a touch of colour, but the levels were good when David and Doug joined me on the final two days of the month. Both are very adept ‘spider’ men and they put there skills to good use during their respective sessions. 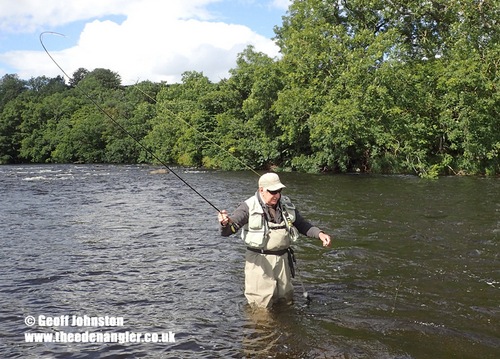 A good session on the spiders for Doug