September in Eden saw the end of another trout season on our rivers. The month started dry and sunny. The rivers were low and they stayed that way until the final few days of September, when we finally got some wet weather in Eden and a slight lift in levels.

Conditions were hardly ideal for those trying our great sport for the first time and challenging for guided days, but we did okay considering…and all coped with the conditions admirably. 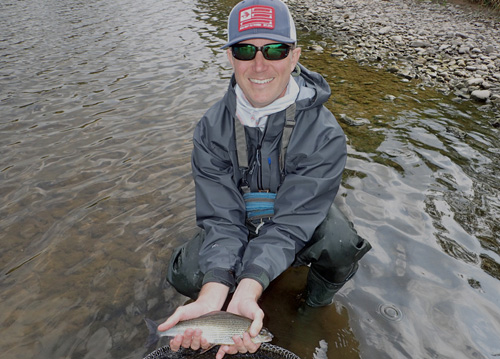 Collin with his first grayling on the fly

A few grayling, despite the low water, began to make their customary appearance as we moved into September. Collin managed his first grayling on his first taste of Eden and decent numbers were occasionally found midging the flats. 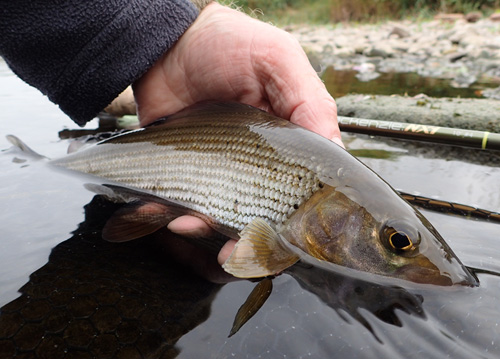 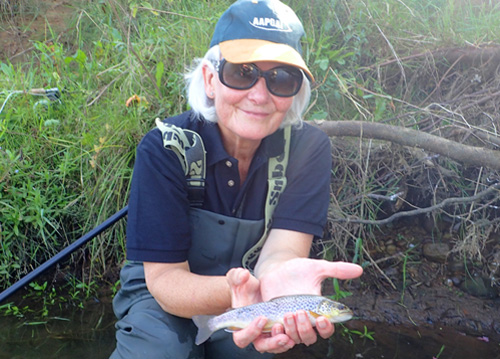 A first on her fly fishing debut for Elizabeth

It’s great to see newcomers trying our great sport for the first time and there was a quite a few in September. Elizabeth had her first taste and managed to get some action on the nymph on her debut.
Nymph fishing dominated tactics for the remainder of the month. The occasional grayling could be found tempted to the surface by midge or aphids, but the trout were not interested. For them it was sub-surface offerings or nothing. 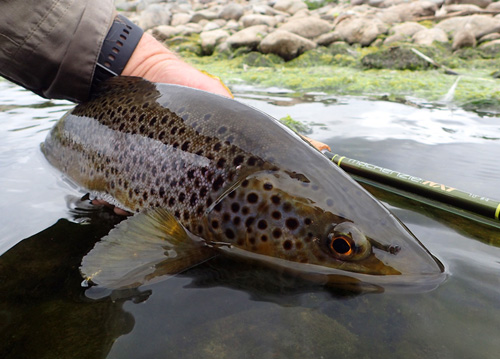 Trout on the nymph

Some nice fish were still to be found, but they did not come easy, they had to be worked for. Mark and Mike came for guided days and both scored on the French leader and small nymphs. French or European nymphing does not suit all, but there’s no doubt that it is a very efficient way of working the water and it can be very effective at times. 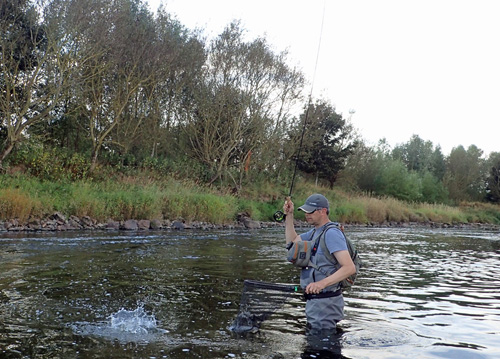 Mark is into a fish on the nymph 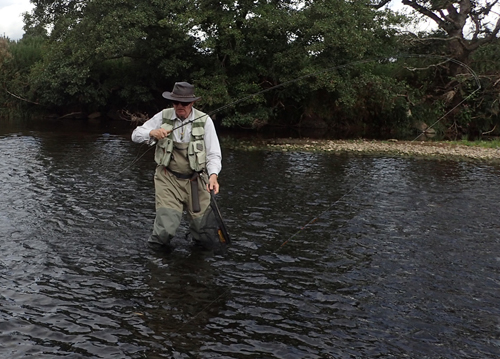 After a tough and very busy season, I decided to reserve the final week of the season for myself. The nymph still dominated – I didn’t fish anything else, but I was rewarded with some nice finish to see out my season. The best was a beautiful 3lbs 6oz specimen that succumbed to a small nymph on the French leader. 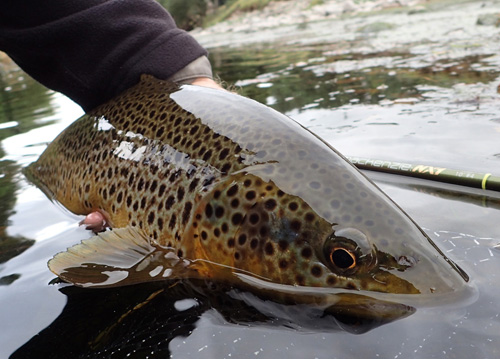 A nice fish at 3lbs 6ozs towards the end of September

Rain during the last few days of the season brought the rivers up slightly and perked the fish up for the final day. With no fly showing at the surface, it was another day on the nymph, but a good number of fish responded positively to my offerings. So, despite 2021 being a very challenging season, it was nice to finish it off on a positive note. Let’s hope that the fish winter well and roll on the 2022 trout season! 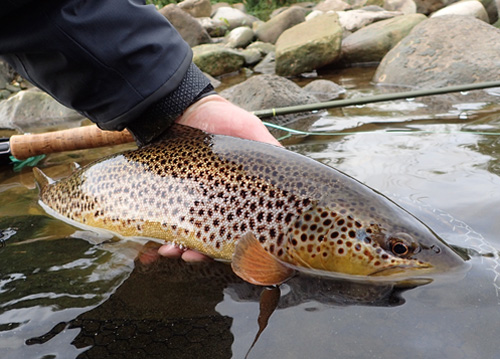 A fish from the final day of the 2021 trout season