July, like June before it, turned out to be one of the driest and warmest on record – which was definitely not what we fisherman would have wished for!

The rivers were very low and water temperatures were high, so we had to choose our areas carefully. Areas where the water was cooler and more oxygenated, where fish would be less affected by the conditions. Our options were slightly limited. But it wasn’t all doom and gloom, and fishing these ‘correct’ areas produced many positive reactions to our offerings. 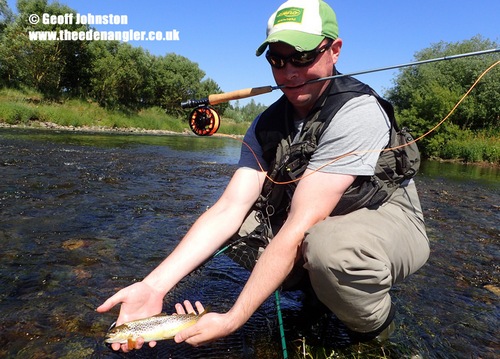 Paul with his first of the day

July was mainly a month of firsts: most were either trying fly fishing for the first time or were making the step from stillwaters to rivers and looking at the correct approach and employing appropriate techniques. 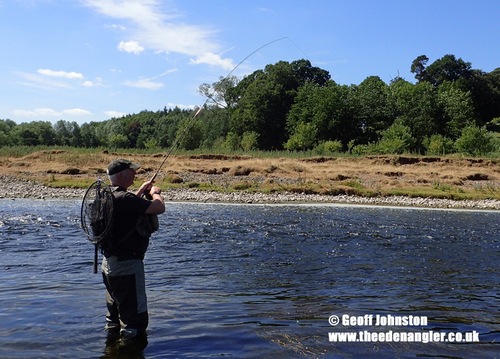 Alan in into his first river trout 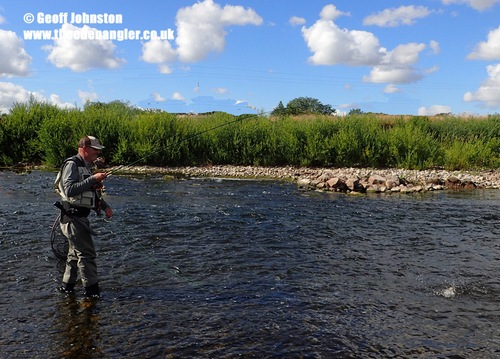 Julian gets some action on his river debut 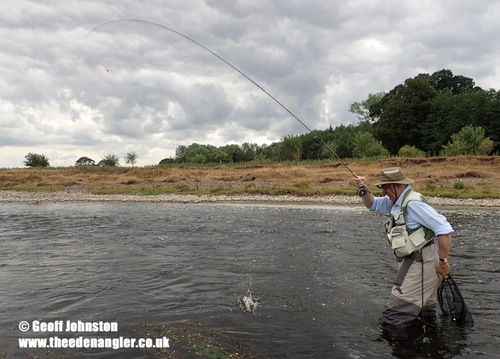 Mike reaches for the net

The weather did become a touch more unsettled towards the end of the month. We didn’t get a lot of rain, but it was enough to freshen things up slightly. Which was perfect timing for Mike’s most recent visit to Eden.

Mike has become quite adept at employing the various river techniques during our times together and ringing the changes paid dividends in quite challenging and changeable conditions. The fish weren’t exactly queuing up to take his offerings, but his hard work was rewarded with fish caught, lost and missed on each of his outings. 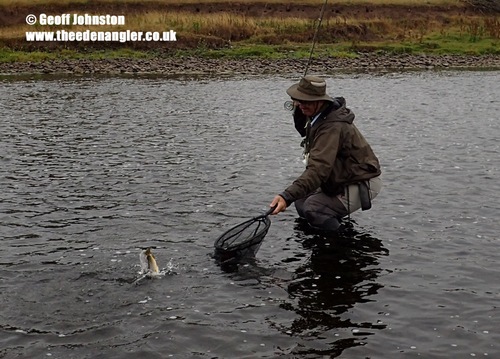 Mike caught fish on each of his days in Eden