August was a wet month in Eden! River levels were up and down throughout the month. But we were lucky. We didn’t lose many days on the river and when we did, our local lakes provided a good back-up.

After a big lift at the end of July our rivers were out on the first day of the month. But they quickly settled and fished from the 2nd August, and the fish fed well! 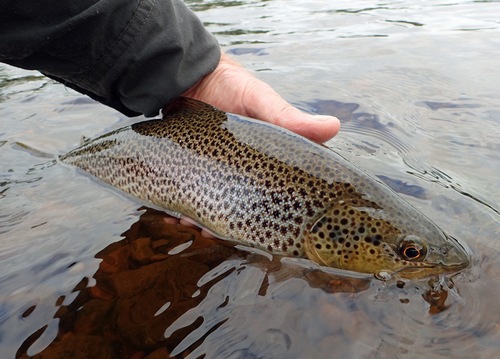 Another spell of heavy rain on the 9th August saw a 2 metre lift in some areas. Our rivers were blown-out for four days. Although still a touch on the high side, they were back down to a fishable level for Matt and Tiger’s visit. The river performed well for the guys. They both fished well and their efforts were rewarded with a number of fish on their day in Eden! 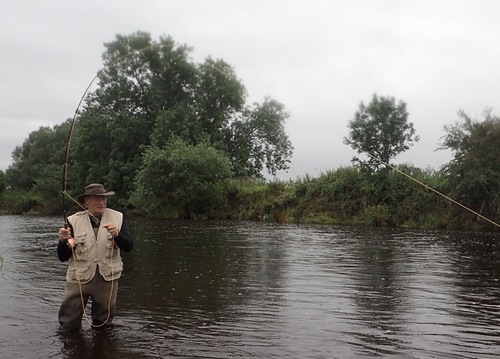 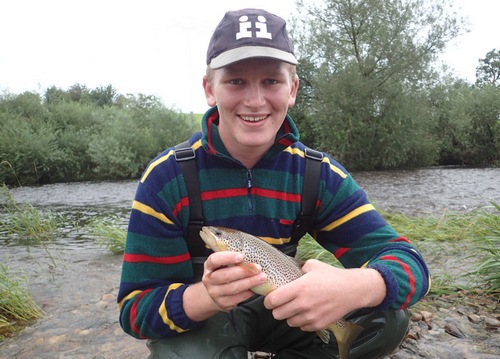 Tiger got some action on Eden!

Our local stillwaters are often a good alternative when the rivers are high – confirmed by two successful days during another unsettled spell….The fish were up at the surface gulping down a mix of Fever fly and midge. We had two productive sessions presenting a selection of dries. 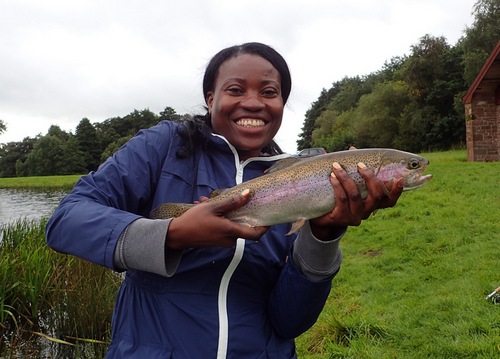 Tolu is happy with her first Rainbow trout! 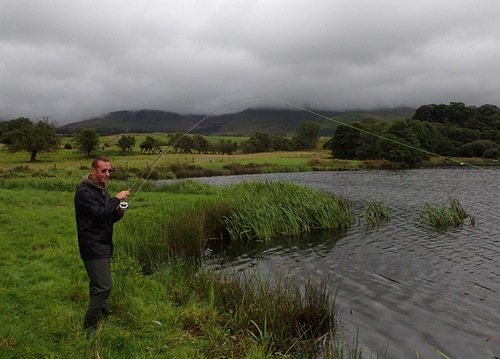 Paul is into a fish! 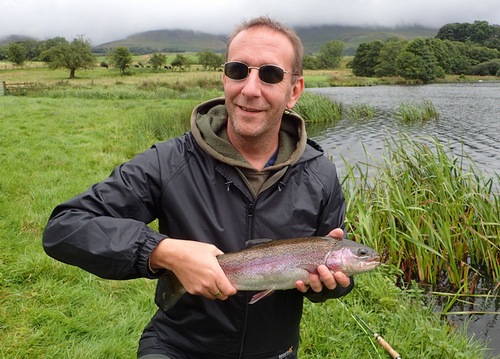 Paul with his first Rainbow 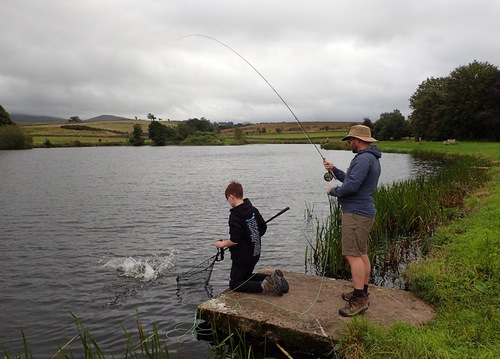 A lively rainbow comes to the net! 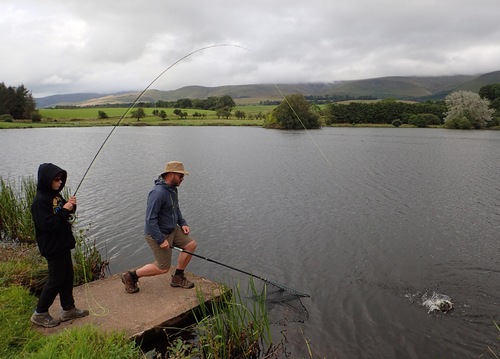 Ready with the net!

We had a settled spell during the final week of the month, which worked well for Jonny’s first attempt at fly-fishing. He came for one of my ‘Taster days’ and we had what I class as the ‘perfect scenario’. We looked at the gear – what we use and how it works, casting with a fly rod, reading the water etc. Then we fished. Jonny went on to finish the day with his first trout and his first grayling! 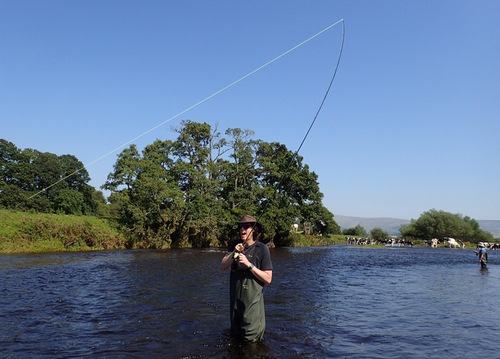 Despite two very different days – one calm and fine, the other wet and windy – the river performed well for another two first-timers to Eden. Danielle, who was new to fly-fishing, and her husband Pete, a more experience angler, both caught a number of fish on their days…. 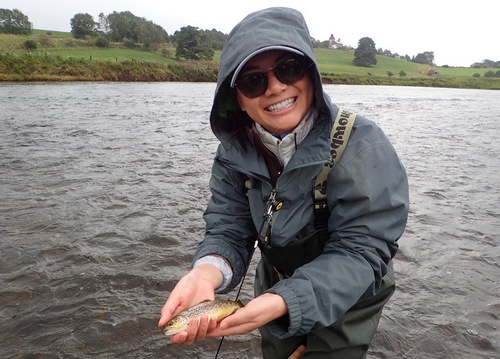 Danielle shows off one of her fish 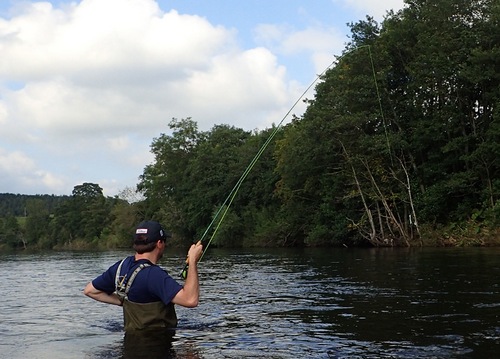 Pete is into a fish!

So although August in Eden was a wet one: the fish did respond well to the conditions and fed well when we did get on the river. September is the last month of our 2019 trout season. So let’s hope that the weather, and fishing, gods smile on us and we have a positive end to our season!