Eden saw a wet start to April and our rivers were out for most of the first week. They were dropping back and fishable by the 7th. The water temperature was still pretty low; it was down at 6°C but that didn’t stop the Large Dark Olives from hatching in force. A few fish were drawn to the surface and I managed to catch my best fish of the season so far. It was picking off the emerging Olives and was tempted with a suitable imitation. 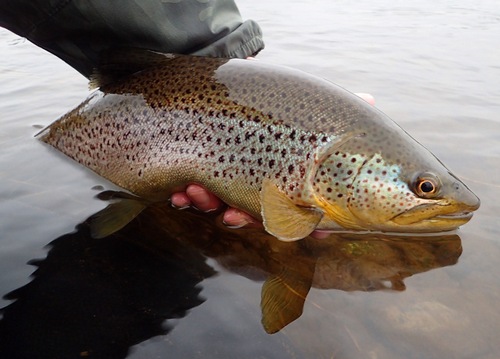 Water temperatures were beginning to rise by the 10th – they were up to 9°C. Large Dark Olives continued to hatch in decent numbers and a few March Browns were starting to make an appearance. We still weren’t see large numbers of rising fish – despite good hatches – but some very good fish were on the feed at times. 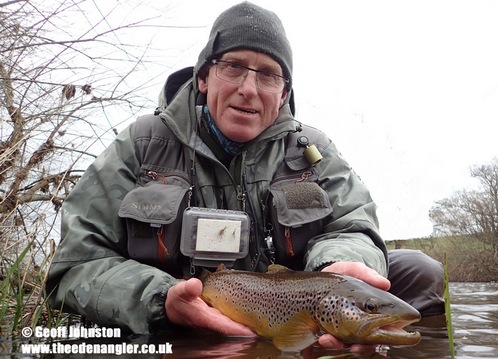 Another nice fish taken during a Large Dark Olive hatch 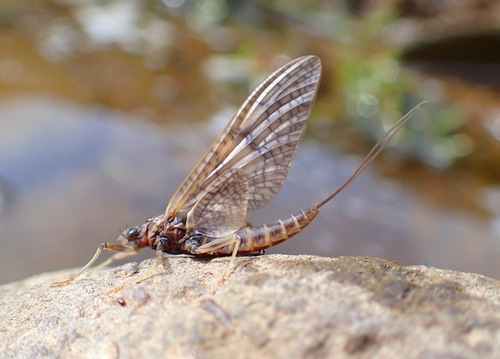 We were seeing trickles of March Browns on most days from the 10th of the month and a few fish were on them when Chris joined me for his first taste of fly fishing. The fish weren’t feeding hard, but there was enough activity for Chris to tempt his first trout on the fly. 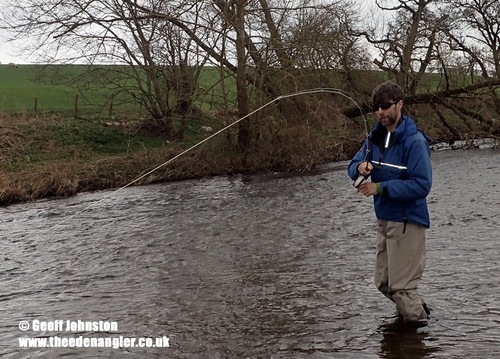 Chris is into his first fly-caught fish

The middle of the month brought strong Easterly winds and challenging fishing for Mike. The wind seemed to deter the fly from hatching in force, but ringing the changes between spiders and dries – when we did spot the occasional riser – produced some action. 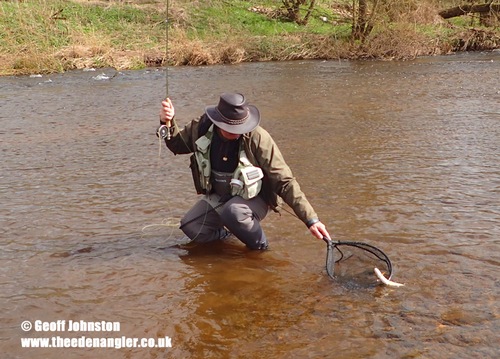 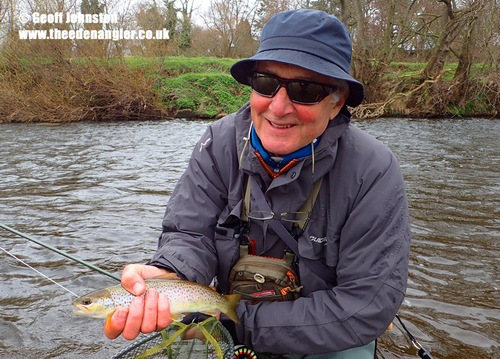 Tim tempted a fish to his spiders

The easterlies had abated by the 18th, the sun came out and we saw our first trickle of Grannom. It lifts my spirits when the Grannom appear – I always think that the massive hatches of our daytime sedge are the first big feed of the year for our trout and it often kick-starts our season. The Grannom made an appearance on most days following the 18th, but not in the numbers expected – we had to wait until the 28th for the first proper hatch. 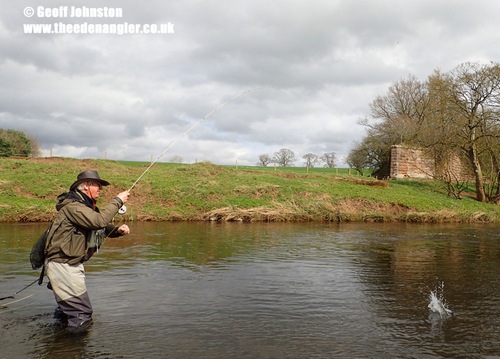 Mike is into another fish 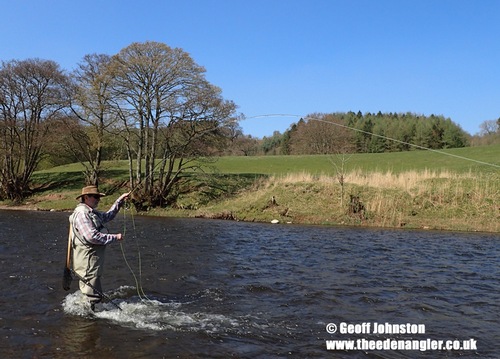 David plays a fish on a challenging day

Colin joined me on the 28th and fish were rising as soon as we hit the river – the Grannom were hatching in massive numbers and fish were on them! Targeting rising fish with dries and emergers produced an exciting few hours with fish risen, caught and missed…. 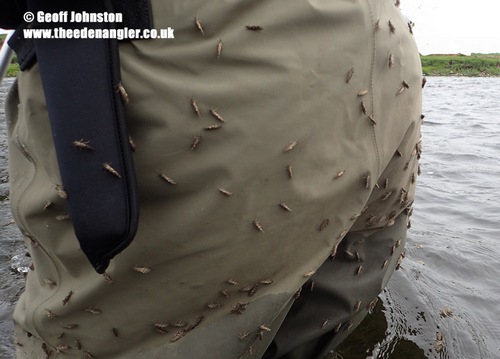 An excellent hatch of Grannom 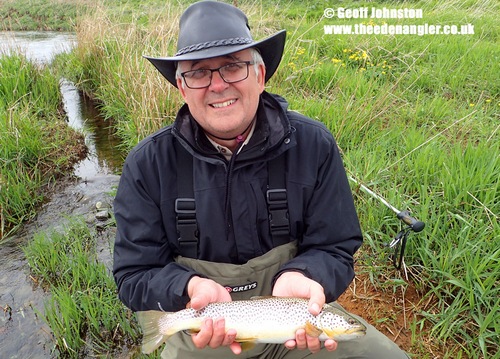 Colin with a fish during a Grannom hatch 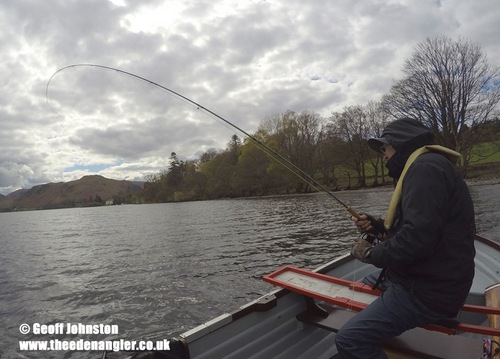 Colin is into a fish on his day in the lakes

We hit the lakes at the end of the month and Colin joined me for a day on Ullswater. The lake – like our rivers – is still very cold for the time of year. But we persevered, hit many of my favourite drifts, and got some action! Colin moved, missed and caught a few fish and even managed a double, when two fish came to his top and middle dropper. 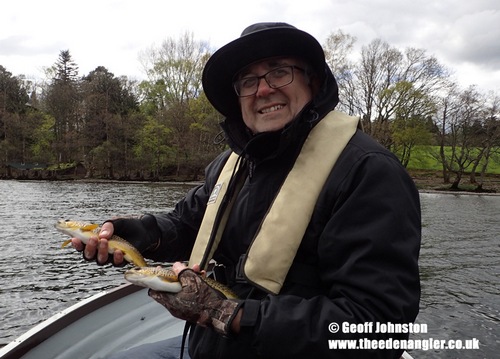 Two fish at once for Colin

So, the cold and slow start to the season continued into April. But I don’t want to sound too negative as we had fish on all outings – they just weren’t feeding as hard as we’d expect for April. The hatches of Large Dark Olive and March Brown have been excellent at times. The Grannom have started and a few Olive Uprights and Iron Blue Duns have began to appear.

The optimist in me says all is looking positive for May and I’ll finish April’s blog in a similar fashion to the way I finished March’s. The Grannom have been slightly late and there should be more to come in May. A few Large Dark Olives should continue to trickle off into the early part of the new month. We can expect hatches of Olive Uprights, Iron Blue Duns and Large Brook Duns. Depending on the weather, we should see our first Medium Olive and Yellow May Dun of the year and, if we’re lucky, we may see a fall of Black Gnats. Oh, and the Mayfly should be making an appearance. So there’s plenty to look forward to!