July’s unsettled weather and fluctuating water levels continued into August. The rivers seemed to spend most of the month either rising or falling and carrying a touch of colour. 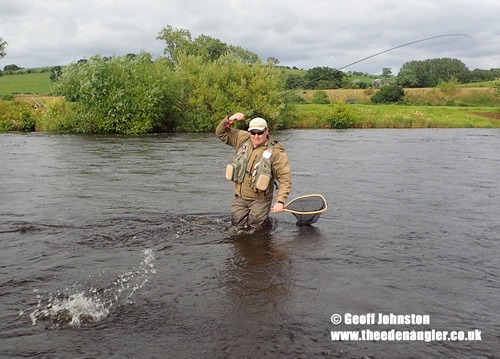 Alan is into a fish on a falling Eden

That was the case for Alan’s visit: the river had been up the night before, but it was falling and carrying a touch of colour – but it was fishable. Alan came to expand his river skills and the increased flow was perfect to cover a range of techniques. The fish were on the feed and he managed a good number of fish during his session. 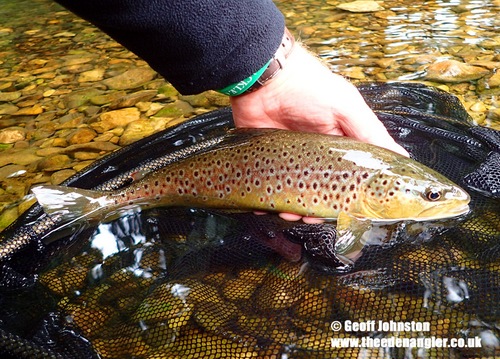 There are times when a touch of fresh water and colour can be an advantage. Particularly on some of our small streams, which can prove very challenging when they are down to their bones and gin-clear! The higher levels prompted a trip to one of our small streams on one of the few days that I wasn’t guiding in August. Fish were on midges and taking the occasional Black gnat on the flats and a few beautiful small-stream trout responded positively to my dry offerings. 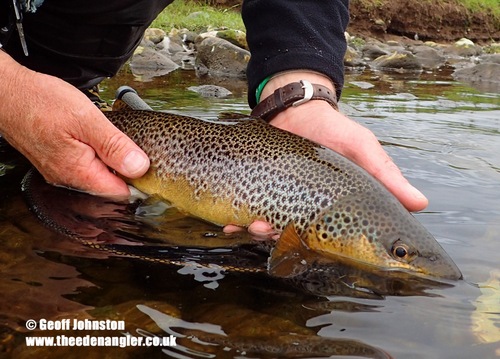 An Eden Brown Trout is returned 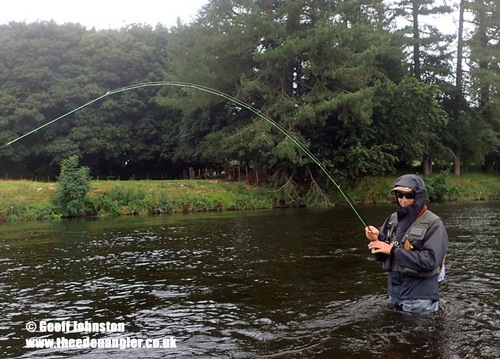 Janos is into a fish on his first visit to Eden

August saw a few young anglers trying Eden for the first time. The first were Janos (13) and Moritz (11) from Germany. They were over in the UK with their fishing parents and all joined me for a couple of days on two different Eden venues. The conditions made the fishing challenging for them, but the whole family managed to get fish. It was especially pleasing to see the two boys get fish: Janos was a very good young fisherman and Moritz wasn’t too far behind him. I hope that they both enjoyed their first taste of Eden and take this great sport into their adult years. 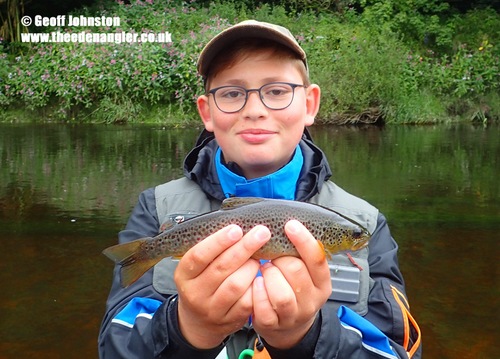 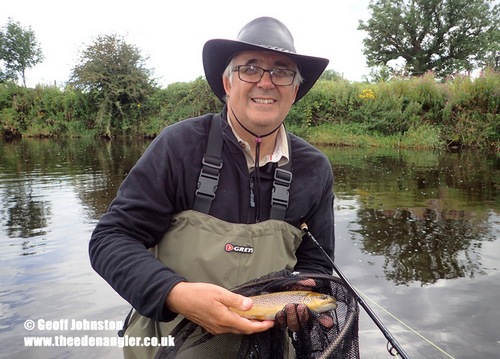 Colin with a fish that was rising to Black Gnats

The Black Gnat falls were far from prolific this August, but the windy, unsettled weather blew a few onto the water on most days during a two week period through the middle of the month. Colin was lucky to hit one such day. The Gnat falls began around lunchtime and fish were on them immediately. We got onto the dries straight away and Colin enjoyed a productive session, when fish were caught, lost and missed to various Black Gnat imitations. 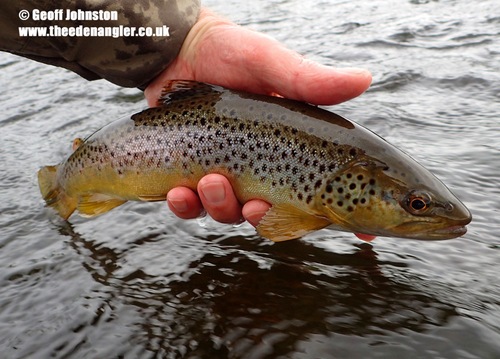 A Black Gnat feeder is returned 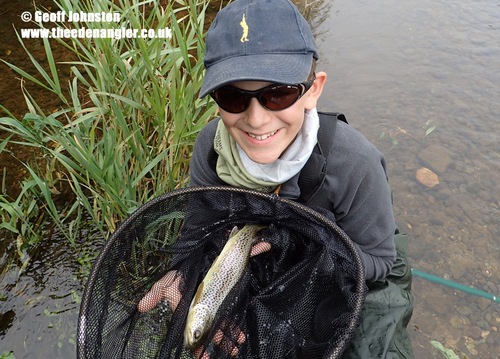 Another two young anglers to join me in Eden were Eben (13) and Otto (11). The boys have fished with me over the last two years, but we have stuck to stillwaters. This year, I and their parents agreed that they should be big enough to advance to the river. Both are fairly good casters, so we just had to adjust to wading safely and river techniques. It was great to see their delight when they caught their first river fish! Eben was the first to taste success and although his first fish was a very small brown trout, he was overjoyed with it. Size isn’t everything, it was just great to see him catch and, as I mentioned to him: he did better than me when I was started fishing the river – his first trout was bigger than the one I caught on the River Lowther on my first river venture over fifty years ago, but it was enough to get me addicted to this great sport! Otto wasn’t far behind his older brother with his first fish and they both went on to catch, lose and miss a few others on a very positive river debut. 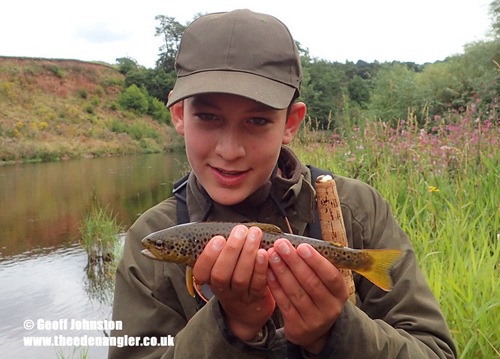 Another newcomer to Eden was Alex. He is in the UK from Philadelphia. He fly-fishes rivers in his own country, but this was his first taste of our UK rivers. Alex mixed things up throughout the day – depending on the area we fished, the conditions and what was happening – to catch and move fish on spiders, the New Zealand dropper and dry flies. 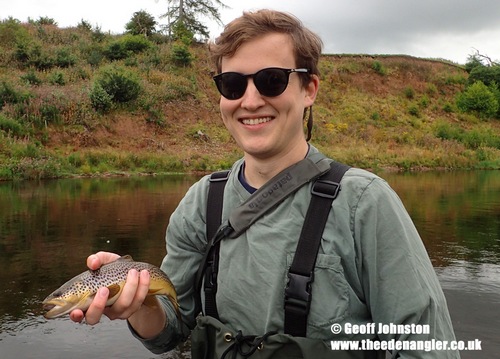 Alex had a good first visit to Eden 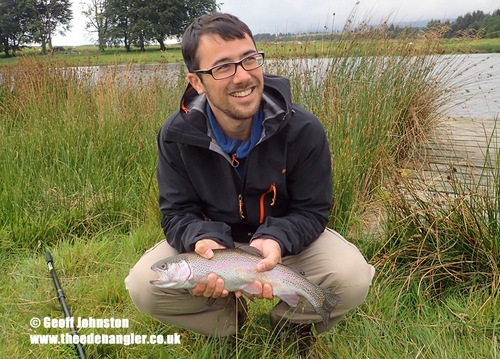 My final client of August was Thai Son. He’d never tried fly fishing before and wanted to try a bit of stillwater fishing. I often whinge that the fish don’t always follow the script when I take my clients out! But everything came together perfectly for Thai Son and he topped off his introduction to flyfishing with his first fish.

It would be nice to think that after a very unsettled three months we will have a more settled last month of the season. We often get a bit of an ‘Indian summer’ in September or October, so let’s hope that autumn is kind to us….