There are many sayings about the changeable month of April and it didn’t disappoint this year. It certainly was a fickle month. We had rain, hail, snow, and horrible easterly winds. But we also had some great hatches.

March Browns and Large dark Olives continued to hatch in the early part of the Month. The Grannom came early and lingered on for about three weeks in the changeable conditions. We had falls of Black Gnat and beetles. Then at the end of the month we saw the arrival of Olive Uprights and Iron Blue duns. And on top of all that we had a few fish midging in late April sunshine! 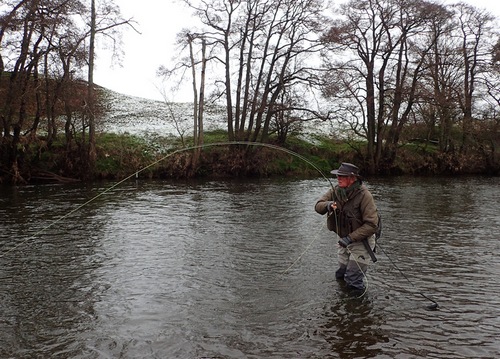 Mike is into a fish on a snowy day

Mike joined me at the start of the month and he had three very different days. On his first day we had sunshine (which our spring flies don’t like). So there was very little fly, apart from a few March Browns, and the river was dead. On his second day we woke to snow. The fields were white and it was bitterly cold. Mike was rather pessimistic about our chances, but I reminded him that it was fishing and you can never tell, as fishermen we have to remain optimistic. As it turned out he has his best day, with good numbers of fish reacting positively to his offerings throughout the day! Day three was challenging with very strong ESE winds and sunny intervals. But, with a positive attitude following day two’s success, Mike worked hard and managed to get some action on his final day. 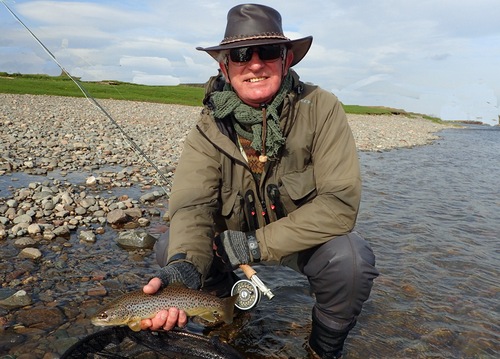 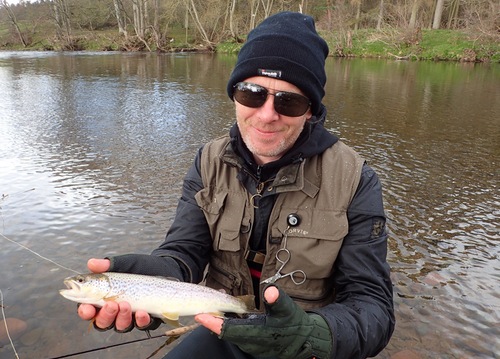 Toby with his first fish from a northern river

April was a bad month for winds. They were blasting in from the East most days and this slowed hatches. Luckily this was not the case for Toby’s visit, when we had two flushes of fly (lunchtime and late afternoon). Each flush perked the fish up and he got some action during each. 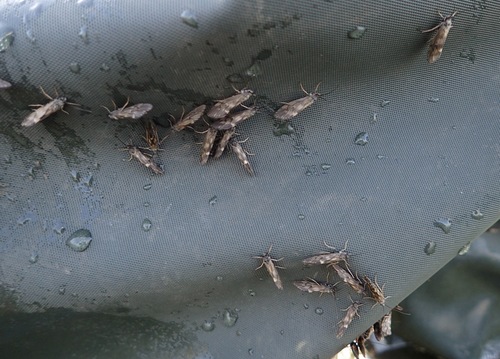 The Grannom arrived early again this year. That’s the second year on the trot that they’ve been a couple of weeks early. Our daytime sedge is a sun lover and we didn’t get a lot of sun, so the changeable conditions meant that we didn’t see them on a daily basis like we often do. But when we did get the sun they were out in their thousands! 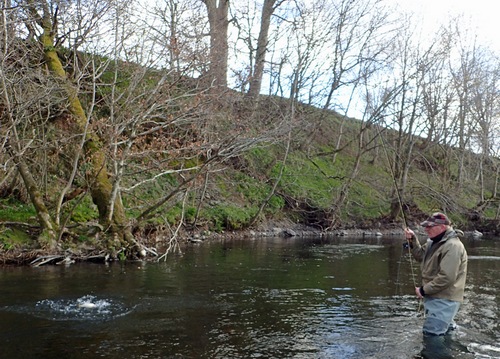 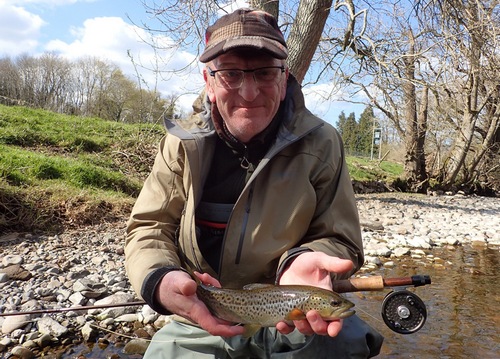 The conditions remained changeable. We had bitterly cold easterlies and spells of warm sunshine. For those that were in the right place at the right time we saw very good falls of Black Gnat and Beetles, with fish gorging on both. Towards the end of the month we started to see hatches of Iron Blue duns and Olive Uprights. Iron Blues are definitely not sun lovers, so the changeable conditions suited them and we had a few days when we had very good hatches. 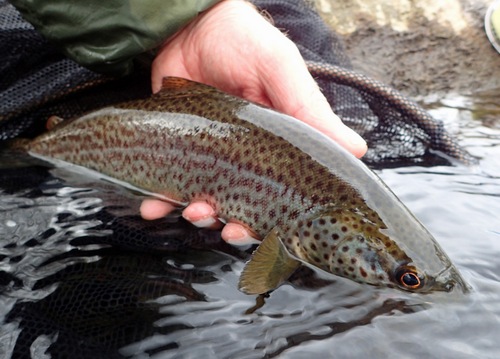 A fish during a good hatch of Iron Blue Dun

By the end of the month the Grannom had petered out and sunny weather put paid to any chance of Iron Blue duns and Olive Upright (although more were still to come in May). A few fish still fed in the late April sunshine but pickings were slim and those that did feed turned to the midge. And suitably sized patterns did produce some action…. 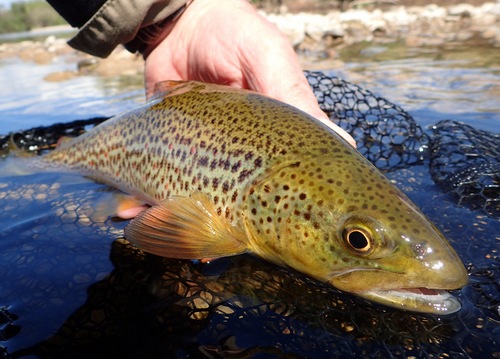 A midge feeder on a sunny April day