Summer is now officially over – for what it was worth. The autumnal weather of July continued into August, but the fishing in Eden continued to be very good at times. Cloudy, overcast days and lower water temperatures helped improve our fishing during what has been traditionally known as a tough month for us fishermen. They used to always talk about the ‘dog days’ of August. Rightly or wrongly, I always related that to the fact that – when I was younger – our summers seemed hotter and drier. The rivers were usually down to their bones; water temperatures were high, oxygen levels low; fish were lethargic and uninterested in very sparse daytime hatches. 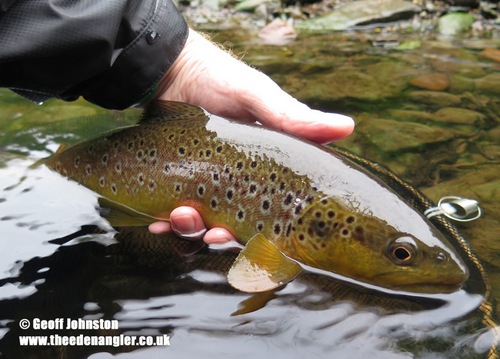 We seem to get cooler, damper summers nowadays. I really can’t remember when we had what I would have called a typical August, when we had one ‘dog day’ after another and it was a waste of time going out through the day. I put that down to a change in our weather patterns and the fact that we have more techniques at our disposal to cope with all conditions. The latter means that the angler who’s prepared to learn how to perform the modern techniques and when to use them will have a method to cope with most conditions. 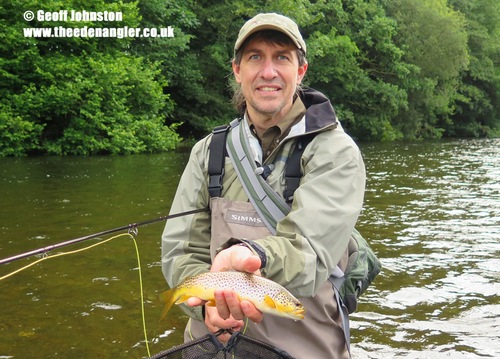 So, we had changeable weather throughout August. The river rose on the 3rd of the month and was still carrying colour for Todd’s visit on the 4th. He was visiting the UK from the US and trying Eden for the first time. I was pleased and relieved that the river was fishable for his day and it didn’t take him long to get into his first fish…. 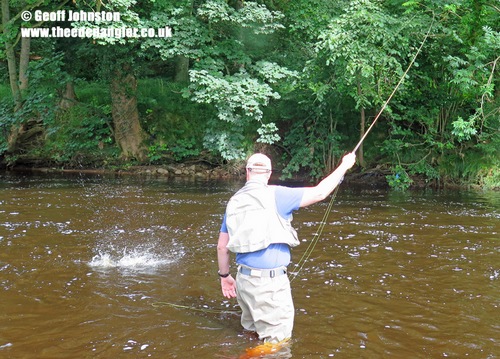 Jon into his first fish of the day

The river was still carrying colour for Jon, another newcomer to our Northern rivers. We looked at a variety of techniques employed on our waters. Jon enjoyed a bit of action throughout the day, with fish coming to dries, nymphs and spiders. 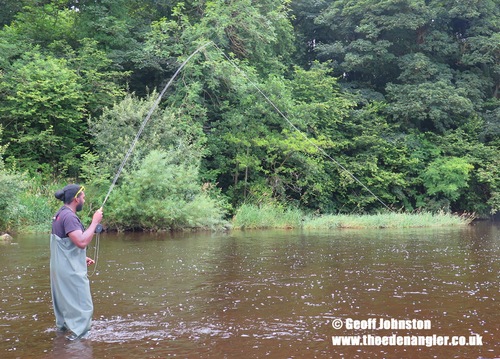 Jimmy is into a fish in Eden

River levels continued to fluctuate throughout the month. They rose on the 8th and again on the 11th. Luckily – for me and my clients – they dropped when we needed it and nobody missed their day in Eden. We had a settled spell during the middle of the month before heavy rain on the 19th gave us our biggest lift of August: the Eden peaked at 2.11m at Temple Sowerby and the Lowther reached 1.87m. 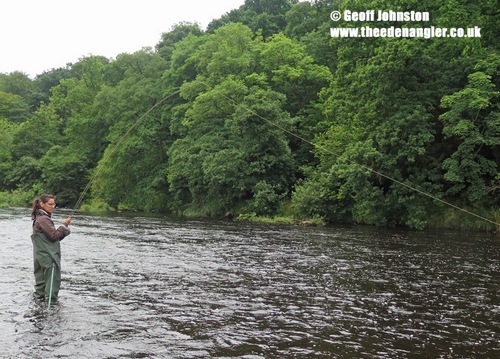 We saw another lift in levels on the 22nd when the upper river peaked at 1.39m, but a relatively quick drop in levels meant that it was fishable again within a couple of days. The grayling are still enjoying the lower water temperatures and decent numbers have been turning up on recent outings. Although – in most years – they do tend to reappear in decent numbers towards the end of August and into September. 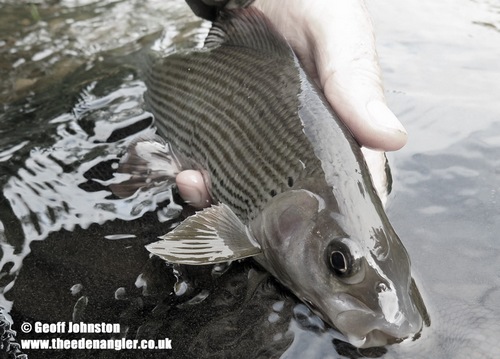 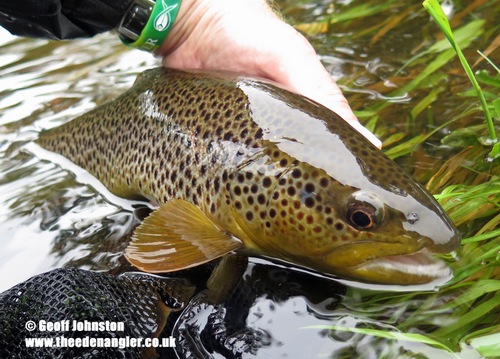 More rain and another lift in levels on the 26th forced the cancellation of a planned trip to one of our main rivers. Luckily – as mentioned in a previous blog – we have a good selection of smaller rivers/streams to chose from. These small streams are fed from different areas within our catchment and when we get the localised spells of heavy rain that we’ve had of late, some will remain fishable. 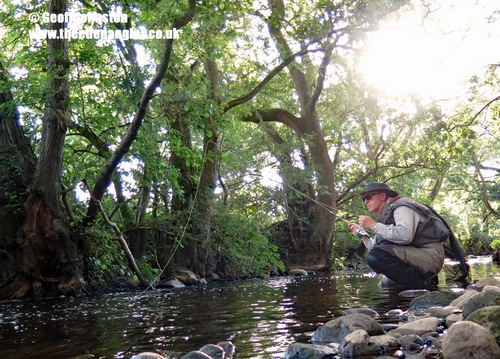 A trickle of Black Gnats on one of our small waters provided two days of dry fly sport before more rain on the 28th brought all our rivers up again! As with the previous lift: the river was back down and fishable two days later and I managed to finish August off with an enjoyable and productive final two days of the month on a slightly coloured main river. 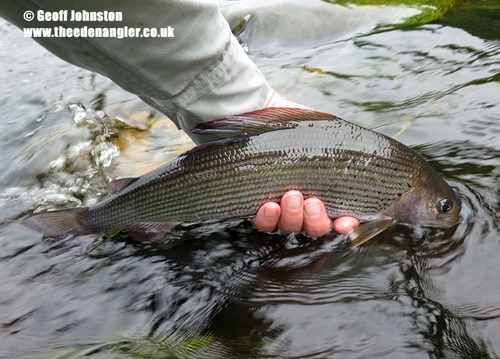