We’re back! Fishing resumes in the Eden Valley.

After a long break following the UK government announcement and subsequent Coronavirus lockdown on the 23rd of March, we’re back and my guiding and tuition will resume. Please see my website (www.theedenangler.co.uk) for more details.

Fishing in the Eden Valley is back. Although some clubs, for fear of overcrowding, are currently restricting their fishing to members only. But that will hopefully change in the not too distant future.

It seems to have been a very long break and I’m not going to lie, as a fishaholic, I’ve really missed my fishing fix. But I’m not going to whinge about it! I would/could never have the audacity to whine about not being able to go fishing when so many poor souls have lost and will continue to lose their lives to this terrible disease!

I did manage a couple of outings before the lockdown. February’s rains and high waters ran into March and the first week of the season was a bit of a washout. Then things settled down towards the end of the opening week and we began to get our spring hatches of Large Dark Olive and March Browns. Bitterly cold easterly winds made life a touch uncomfortable but fish were beginning to respond quite well to our seasonal upwings, and then all got shut down on the 23rd. 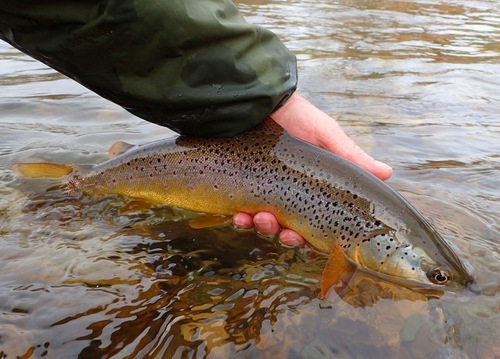 Fish began to respond to seasonal upwings, then we got the lockdown!

After a 7 week lockdown we were allowed back on our waters on the 13th May. We’d missed the cream of our early season hatches of Large Dark Olive, March Brown and Grannom. But that was soon forgotten when we were treated to some excellent hatches on the first day back. We had a variety of species on the water including Black Gnat, Iron Blue Dun, Olive Upright and Brook Dun. The fished seemed to benefit from the break and fed with gusto, so it was great to be back! 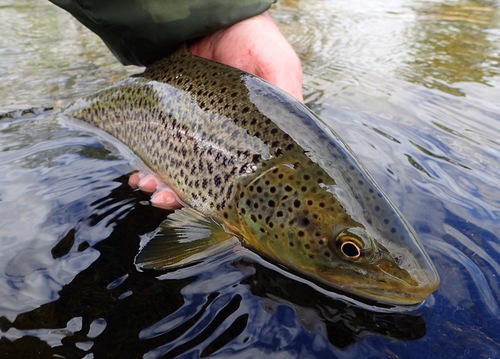 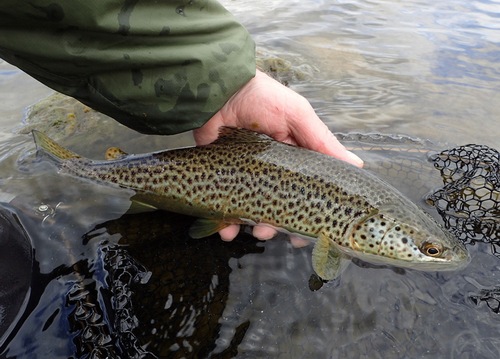 Fish fed well on the first day after Lockdown!

The fishing continued to be good for the first two weeks following the cessation of the Coronavirus lockdown. Yellow May Dun and our ‘true’ Mayfly (Ephemera danica) joined the party. When fish weren’t on the larger upwings and terrestrials they turned to midge and aphids, and when they weren’t on the surface they responded well to sub-surface offerings. 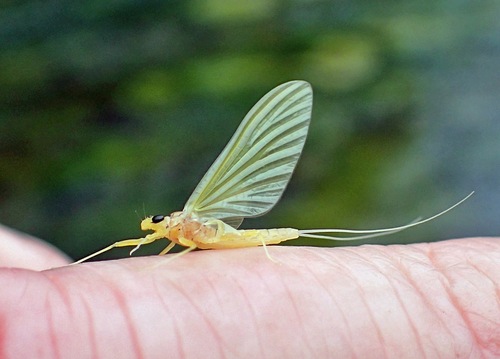 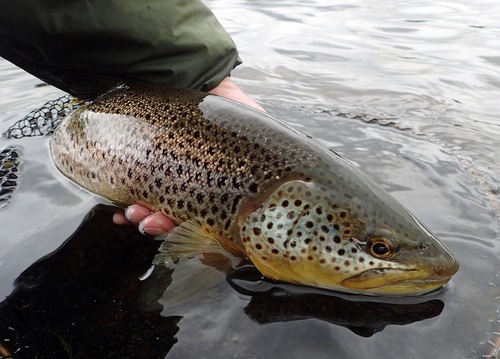 It wasn’t all positive. The fish weren’t suicidal, you still had to work for them. The rivers are low and the fish easily spooked. We’ve had virtually no rain since early March, the sunniest April on record and the driest May. Gale force winds over the 23rd and 24th of May made life difficult. The upwings of early May disappeared during many of the month’s sunny periods, meaning that rising fish were often at a premium. Those that were rising were often more interested in sipping on the tiny morsels that found themselves trapped in the meniscus and our artificial offerings had to reflect this.

May ended with a few days of cloudless sunny skies and daytime sport was tough. But on a positive note: it’s the time of year when we can think about getting out in an evening. Sedge aren’t showing in force yet, but they can’t be far off.

Last year saw a return of good numbers Blue Winged Olive in June so, hopefully, we have that to look forward to. And when the cloud returns daytime sport should improve, with our efforts more confined to terrestrial and/or sub-surface offerings.

May provided a very positive resumption to our sport, below are a few photos of the flies and fish from a great month in Eden: 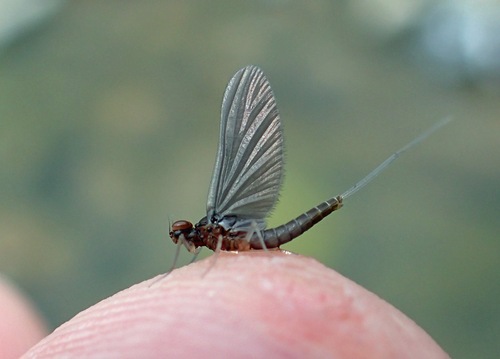 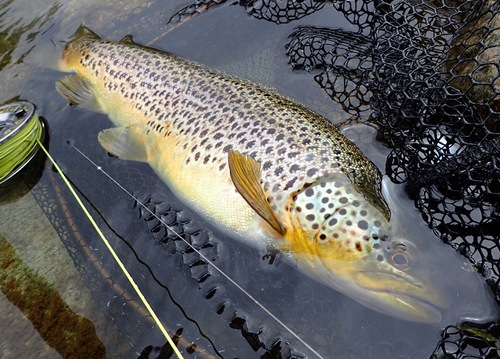 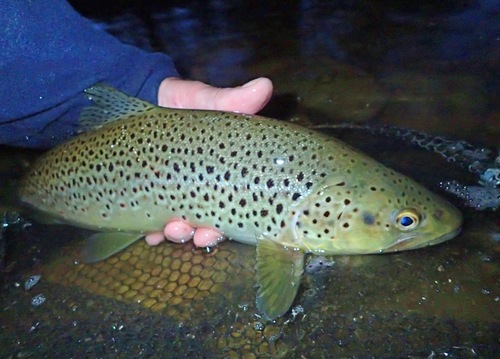 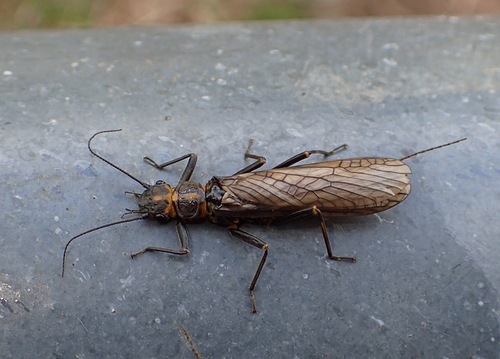 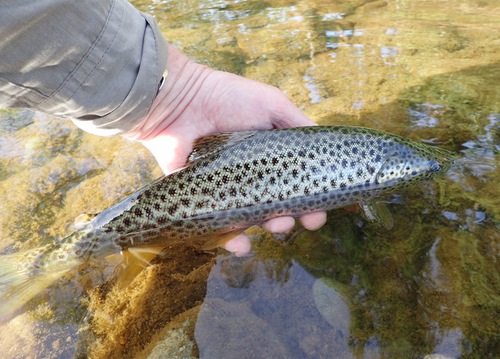 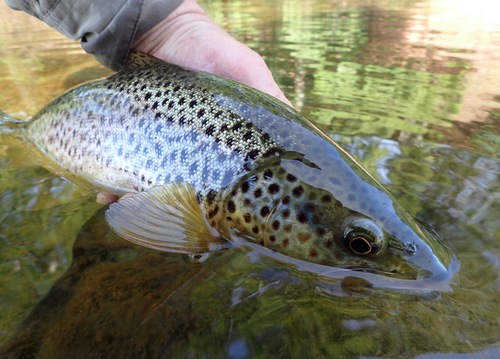 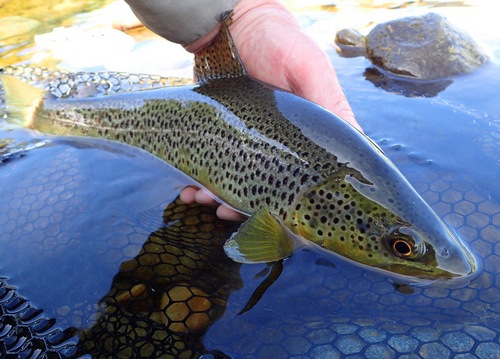