Flaming June has certainly lived up to it’s name, some areas have experienced the warmest and driest June on record!

The month actually started off with a couple of wet days: the Eden and it’s main tributary, the Eamont, both rose slightly. The touch of fresh water perked things up during the first week of the month and I managed a few productive sessions. 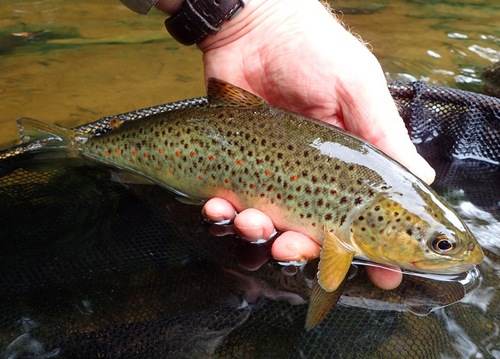 Fish came to midge during one productive session

Mayfly, Yellow May Dun and Yellow Sally stoneflies hatched in good numbers on some days, but few fish showed much interest in anything at the surface – and those that did seemed more interested in the midge. Brilliant sunshine and a falling, warming river meant that fish were keeping their heads down and it was the nymph that produced most activity. 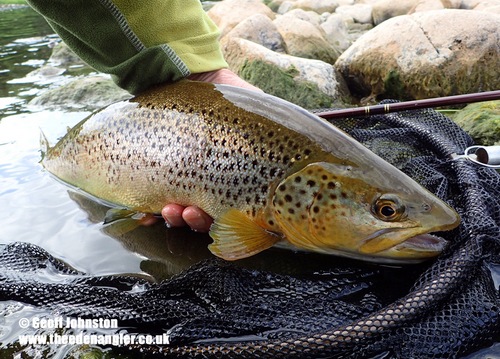 2lbs 7oz Brown to the nymph in ‘Flaming June’

I managed a break from fishing and guiding during the middle part of the month, before Mike arrived for a week in Cumbria. The glorious sunshine was with us for his visit and our rivers were beginning to suffer from the dry spell. Many areas are getting very low and slow. Weed is thriving and our options are getting limited. 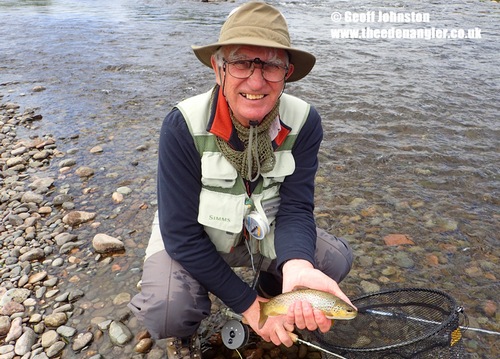 Mike with his first fish of the day

Fish were keeping their heads down. Mike had to resort to a variety nymphing techniques during his days on the river. He put them to good use though and had fish each day. 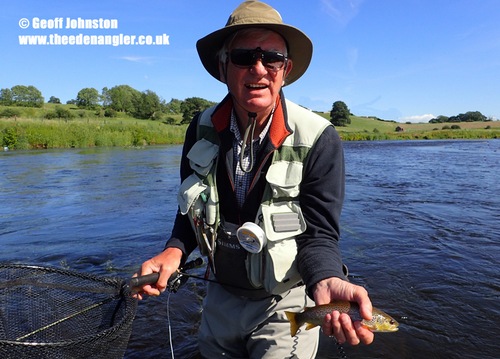 One to the nymph for Mike

A few newcomers to Eden, and the great sport of fly-fishing joined me for days during June. Fred and family had their very first go at fly fishing. We spent the morning looking at gear for fly fishing, casting, rivercraft etc. and then we fished. All had chances of fish in the afternoon and Fred was soon into his first fly-caught fish! Hopefully all will now be tempted to take up our great sport. 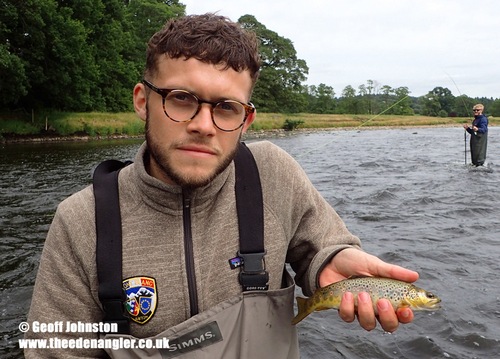 Fred with a fish on his fly fishing debut

The last time that I remember us have such a long spell of sunny, dry weather was back in the mid 70’s (1975 and 1976). Our rivers are getting very low and we’re desperate for rain. So if anyone out there knows a rain dance….