Our trout season closed on September 30th and the following day saw the start of what I class as our ‘grayling season’. The time of year – 1st October to 14th March – when we concentrate solely on ‘the lady of the stream’. 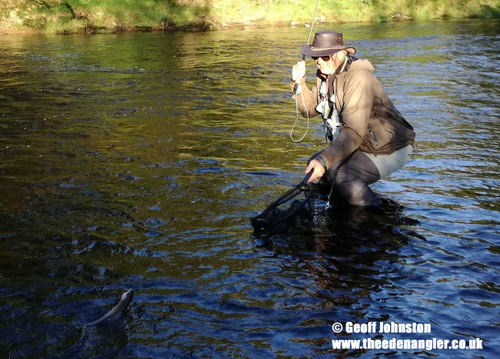 Mike draws a fish towards the net

A quiet start to Autumn seems to be a regular occurance nowadays; calm, fine and relatively warm weather during the final week of the trout season continued into October. Mike joined me on the 3rd and the day dawned very bright and sunny – not the best conditions for chasing grayling. He managed some action though – despite the conditions – and alternating between nymphs and spiders resulted in a few fish on Mikes’ final visit of the year to Eden. 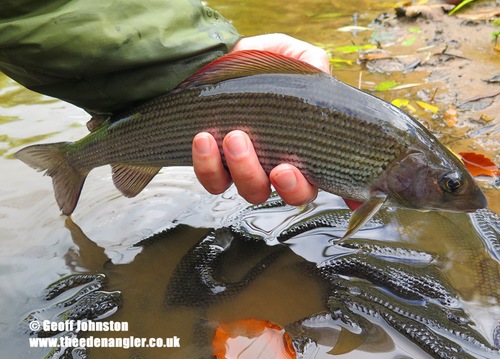 The mild weather encouraged our Large Dark Olives to begin their second emergence of the year and we saw decent trickles of these large olive duns on most afternoons. Fish moving to the duns seemed to be at a premium – just the odd ‘oncer’ really – but they would respond to spiders and light nymphs fished just below the surface. 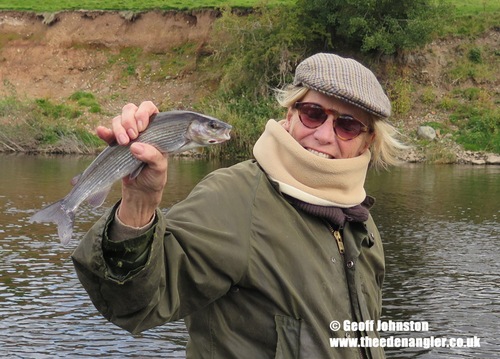 Paule with a Grayling to a spider on her Eden debut

I read that some were hoping that conditions would remain settled and the low river would benefit our autumn grayling hunting. We’re all different and have different beliefs and preferences when it comes to our fishing. So I know that some will probably not agree with me, but I certainly didn’t. I don’t mind the river showing it’s bones when I’m chasing trout, in fact I often prefer it. But not for grayling: I prefer a bit of extra water in the river for my autumn/winter fishing and I was hoping that – sooner rather than later – we’d get a decent downpour and a lift in levels. Unfortunately that downpour arrived the night before Alex arrived for his first taste of grayling fishing on Eden. The river was still in good condition when we arrived, but it turned out that we were fishing a rising – albeit slowly rising – river.

The river was in pretty good condition for most of the session but the grayling mustn’t have liked what was happening and in preparation for the silt-filled water that was to come, they kept their heads down. Alex did get some action but only out-of-season trout responded to his offerings. 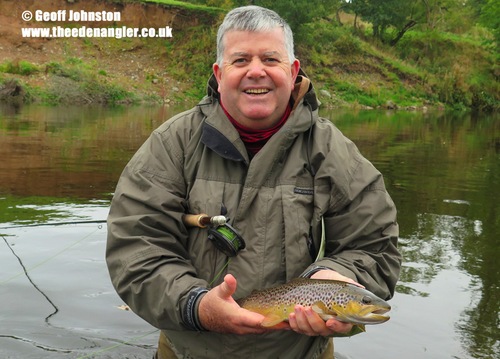 The weather settled down again after Alex’s visit. We returned to the conditions that we had at the start of the month and the pattern seemed set: relatively warm, calm and dry days; hatches of Olives most days and light nymphs or spiders producing action for most of my clients. 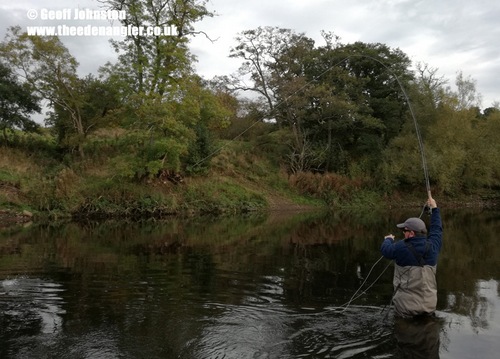 Bob is into a fish on his first visit to Eden 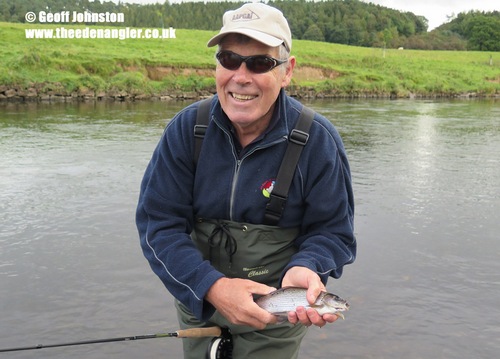 A first Eden Grayling for Derek 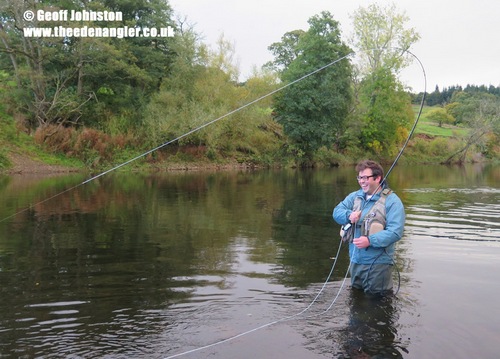 Adam is into a fish

The end of October saw a break from fishing Eden to head off for warmer climes: An Australian holiday to visit our son.

Even though it was a family holiday and a break from fishing, I couldn’t help checking on the weather and the river back home. I saw a dramatic change while we were away: a series of low pressures swept in from the west bringing periods of heavy rain and fluctuating water levels. The third week in November saw a severe drop in temperature and snow! I was going to see a big change when I got back. The river would be at or close to winter level and the snow melt would bring the water temperature down. I was certainly going to see a big difference after three weeks in temperatures between 25 and 32 degrees centigrade. The Friday before we flew home it was a baking 32 degrees in Sydney! 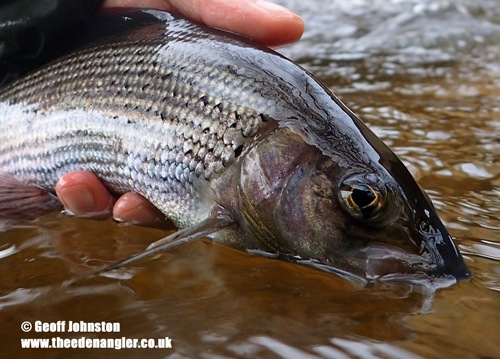 We returned home to very cold weather and snow – the lakeland fells were white as we came over shap summit on the train. The wintery weather prompted a change in tactics for my first outing. Water temperatures were down. The autumn hatches of our Large Dark Olives were over and the river seemed lifeless. Grayling had dropped closer to the river bed to rummage for food, so it was heavy bug and Czech-nymphing time. River levels continued to fluctuate during December, but the fishing was good as long as my bait was bouncing bottom…. 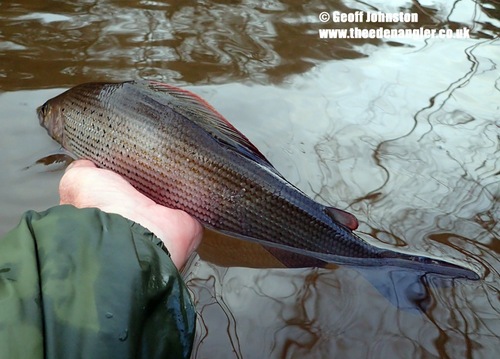 The last fish of 2016 is slipped back