May was a good month in Eden. Fly life continued to be good and the fish fed well at times. Falls of Black Gnats continued into the early part of the month. Large Brook dun continued to trickle off the water. Iron Blue duns and Olive Upright were still hatching in good numbers on some days and by the middle of the month they were joined by Yellow May dun, Yellow Sallies, Medium Olives and Mayfly. The Mayfly – like many species this year – were early. My first sighting was a week earlier than my previous earliest sighting. 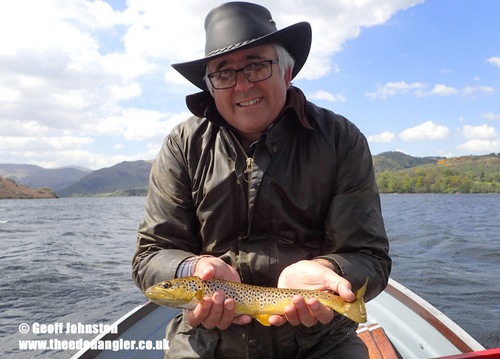 Colin with a nice Lake Trout

A sunny start to the month suited the river fishing but it was far from ideal for our lake fishing. Although, the lakes did fish well when we were given the right conditions. Colin joined me for his first taste of Eden and the lakes – Black Gnats provided sport on our day on the river and a decent number of fish fell to well presented ‘Ullswater Olives’ and Alder larvae patterns on the lake. 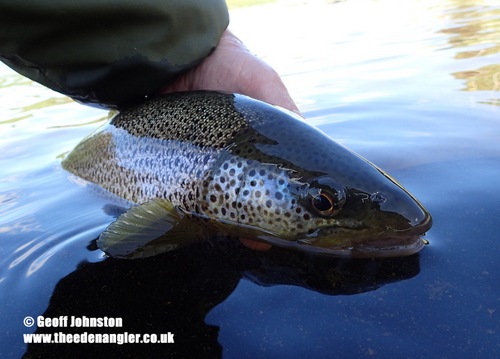 The Black Gnats were not hitting the water in massive numbers – unlike previous years – it was more like a daily trickle. But they were on the water on most days during the early part of the month and suitable imitations produced the bulk of our sport. On one early foray I came across two fish sitting close together and sipping on the fallen gnats. A careful approach and suitable imitation tempted them both – one at 2lbs exactly and the other at 2lbs 6ozs. 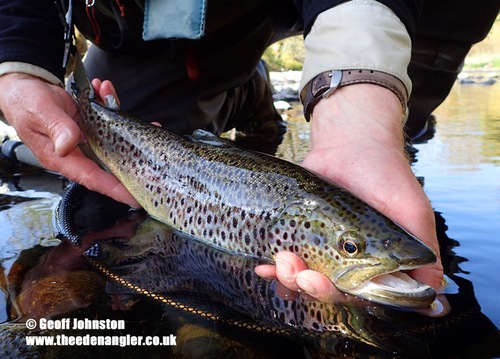 Another to the Black Gnat

Olive Upright numbers seem to be increasing year on year and that continued this year. I’m lucky to be out on the river either guiding or fishing on most days and I witnessed some excellent hatches this year. They weren’t hatching every day but when they did the fish weren’t slow to get on them!

Roland and friends visited Eden in 2016 and they timed their visit perfectly; they had two days of excellent dry fly sport to Olive Upright imitations. This year they weren’t so lucky, but they still managed sport throughout their visit to a variety of dries and nymphs. 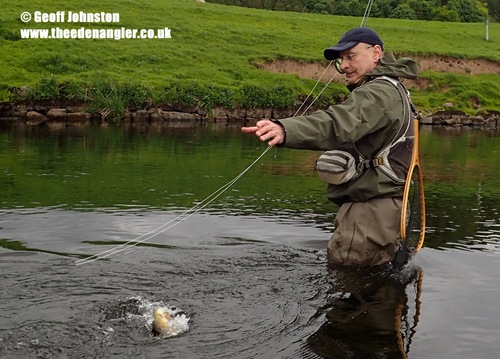 Roland brings a fish to hand 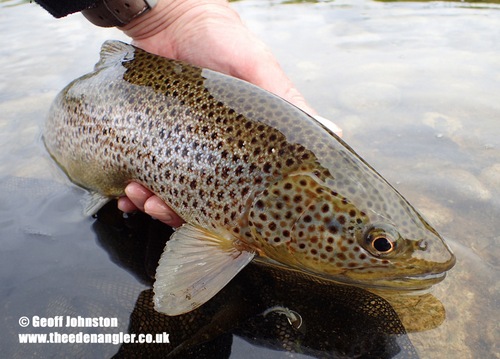 I spotted my first Mayfly on the river on the 15th. This was my earliest sighting of our large upwing. The fish weren’t on it, but it was joined by another 5 species of upwing that day and my clients enjoyed sport to a mix of dries and nymphs. 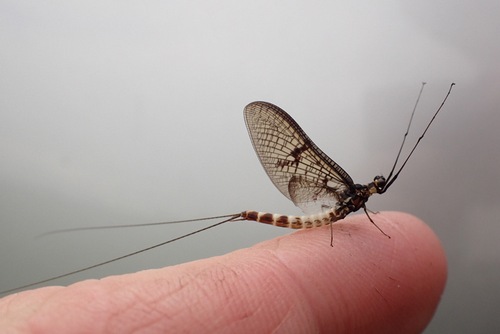 The Mayfly were early this year 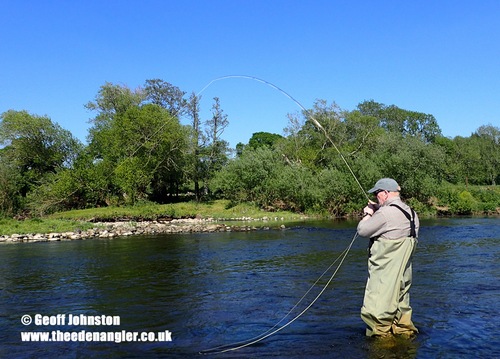 Steve into a fish in the May sunshine

The final week of the month was dominated by bright sunshine which made for challenging conditions. Hatches weren’t as good but we did manage some action to a variety of techniques. Steve hit summery conditions for his visit, but ringing the changes from dries to spiders and then to nymphs produced a few fish. 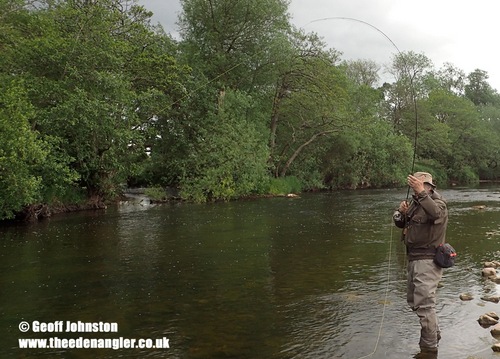 Barry had to mix it up too, but he did manage fish on each of his days. He had fish to dries and spiders, and the nymph fished in a variety of ways – French leader, the ‘duo’ and traditional ‘upstream nymph’. We’re never guaranteed to catch fish – our trout are wild and they can be fickle – but learning the different techniques and knowing when to employ them can sometimes help…. 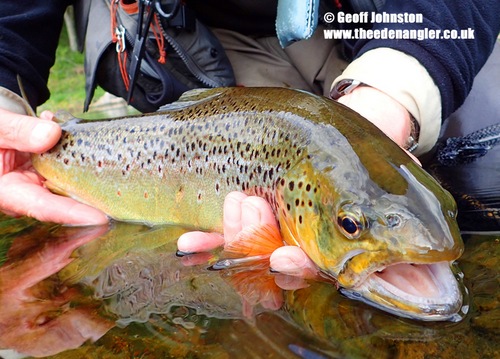