The beginning of October heralded the start of grayling time in Eden. The Trout season is over and it was time to concentrate on ‘The lady of the stream’ properly. 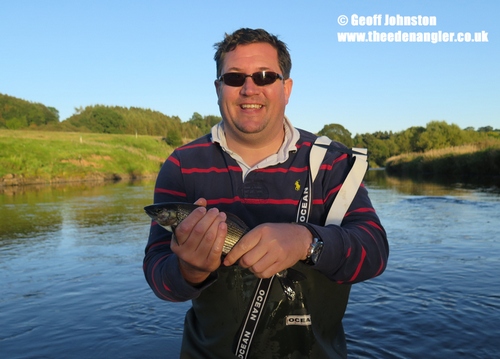 John with his first Grayling on the fly

John and Henry were my first clients of October and with the weather more akin to the height of summer, the fishing was going to be tough. Henry was more interested in Salmon initially and with a dead low river, brilliant sunshine and all salmon reports on the negative side, his prospects weren’t good. A sink tip and size 14 Black Francis did the job for him though and he managed a hen fish of approximately 7lbs which was quickly and safely released – too quick! I had the camera on him but the fish was released before I had a chance to get the shot. John had never fly fished before but he picked it up quickly and managed a few out of season Trout and his first Grayling. 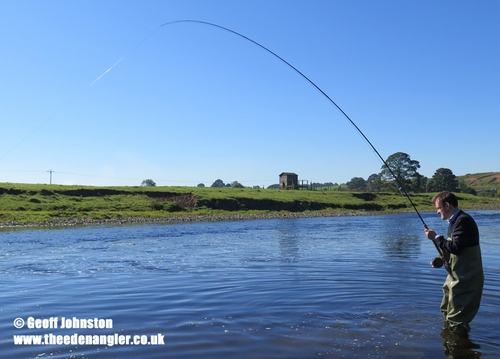 The unseasonably mild spell lasted for the bulk of October and produced some of the best Large Dark Olive hatches of the year. The Olives brought fish hard on the feed, with good numbers of Grayling and a few out of season Trout responding well to my offerings. Ringing the changes brought action for most of the sessions – nymphs first thing and then spiders produced as the hatch started and fish were on emergers, then once the hatch was in full swing and fish were hard onto the surface fly they wouldn’t look at anything but a dry. 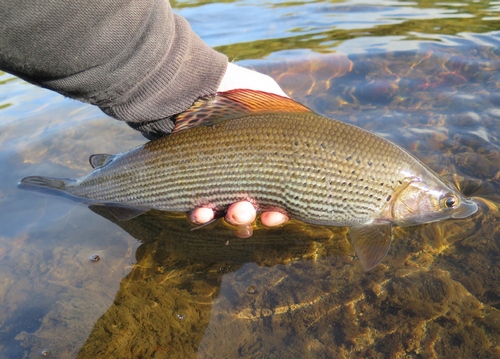 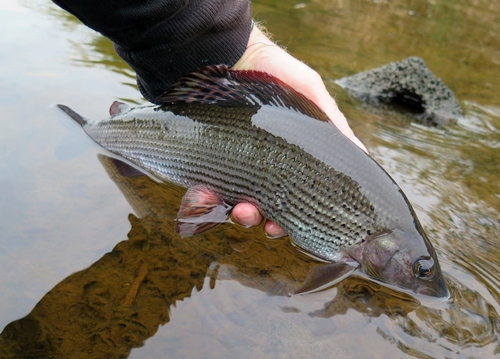 Ken and Wendy were over from South Africa to follow their team in the Rugby World Cup and stopped off – between matches – for their first go at fly fishing in Eden. Our river didn’t disappoint – I hope – and they both managed to get into a few fish, even though the majority were hungry out of season trout. 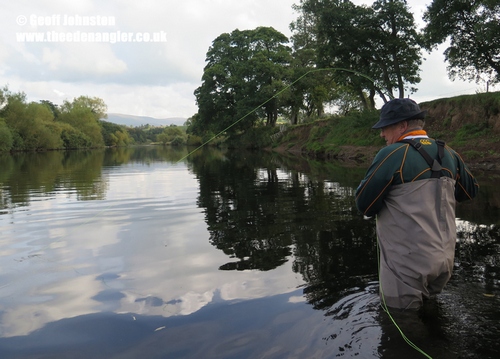 Ken is into an Eden Grayling 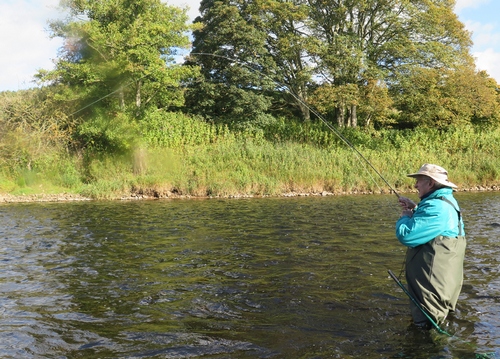 Charles into as fish

The next Eden newbie was 83 year-old Charles – over from San Francisco to do some rambling in the Lake District! I hope that I’m still as fit, and fishing when/if I get to 83. Charles fished a team of North Country spiders to good effect and managed to get plenty of action on his Eden debut. 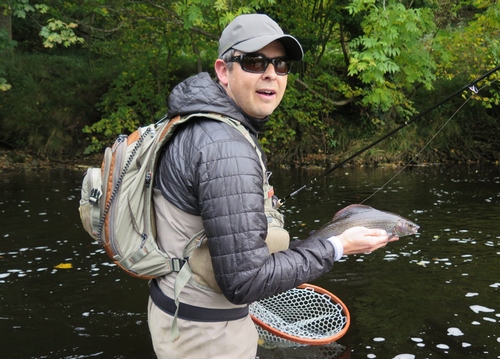 Mark with an Eden fish on the nymph

Good afternoon hatches of Olives continued into the third quarter of the month, but the Grayling – at least where I fished – appeared to turn off the surface fly. Plenty of out of season trout fed with gusto, but it was the nymph that tempted our real quarry. It was the nymphs that scored on Mark’s first go in Eden – a pair fished upstream on his Sunray JLP line. 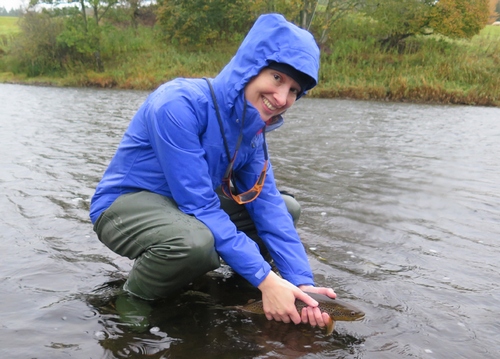 Alexis with her first fish on the fly

The weather was becoming more seasonal by the end of the month and rain greeted Ben and Alexis when they visited Eden for their first taste of fly fishing. They weren’t deterred by the miserable weather though. We had a very positive casting session in the morning and fished in the afternoon. The Grayling failed to show for them but a decent number of out of season trout showed an interest in their well presented flies. I’d have preferred them to catch Grayling but it was good they got a bit of action on their fly fishing debuts.
It continued to rain up to and including the final day of October. I’m not complaining though. I don’t mind the rivers low for Trout fishing but I like a bit of water for the Grayling and the system needs a good flush – so hopefully, it can only do good – as long as it doesn’t forget to stop….