May was a very changeable month. But it is often described a ‘a Joyful May’ and it was, we had some great sport with most Eden Angler clients seeing action on their days out.

The month started with cloudy days and cold Northerly winds. The fly weren’t put off though and we had some great hatches of Iron Blue Dun and Olive Upright. Fish were on both species and some days produced good sport to the dry fly and spiders.
We also saw really positive signs that our rivers are recovering from the massive and extremely damaging floods that swept through our region in 2015. There definitely seems to be more fish about this year, fish between 8 and 12 inches (20-30cm) that have been in relatively short supply over recent years! Which bodes well for the future. 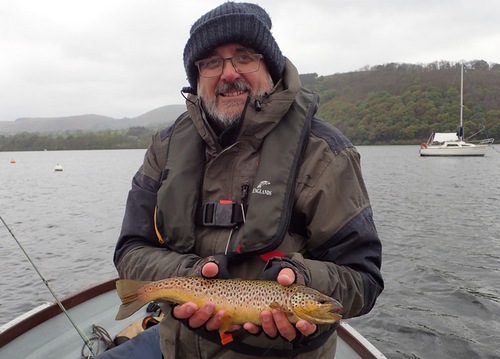 Colin with a beautiful lake trout

Suitable weather is critical for productive days on our lakes. It’s been hard to come by with this years changeable weather and high winds, but everything fell right for Colin’s visit. The day started with a good fish and, although sport wasn’t prolific, good fishing ensured that Colin ended the day with a reasonable number of fish. 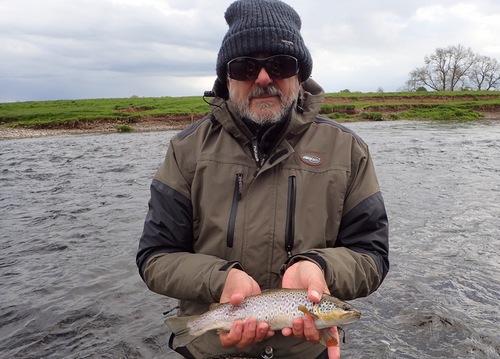 A river Brown Trout for Colin

Rain coloured the river towards the end of the second week of May. The slight drop in water temperature slowed hatches for a couple of days, but fish still fed. A change to sub-surface tactics still produced action. Tim came to work on the dry fly: tactics and fly selection. The surface sport was slow for his day. So after covering what he came to do, we changed to presenting a sub-surface imitation, which ensured he finished the session with a few bends in his rod. 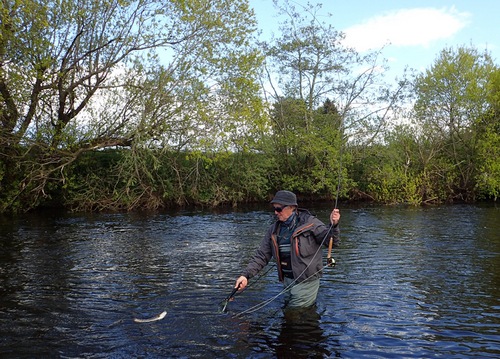 Tim draws a fish to the net

Sunshine hit the region on the 12th and we had 12 days of summer-like weather. The Iron Blue duns and Olive Uprights petered out. Fish turned their attention to the midge and the many Aphids that were falling to the water, and we enjoyed some great sport to dry imitations of these tiny morsels.
It wasn’t all about small stuff though. Mayfly hatches seem to get better with each year on our rivers and this year was no exception. Yellow May Duns also hatched and we had days when fish were on both or either of these larger upwings. 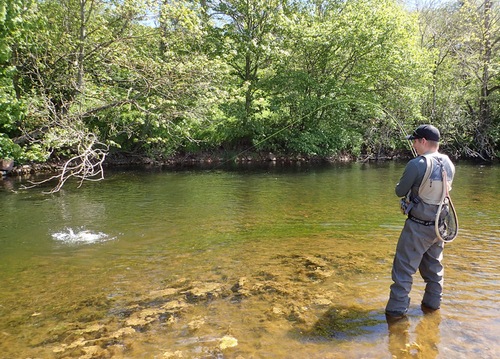 Ollie tempted a fish with his Midge imitation 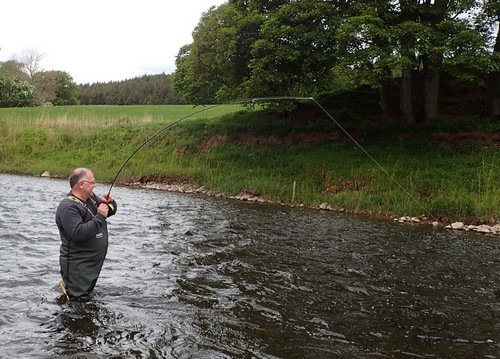 Mike into a fish on his debut 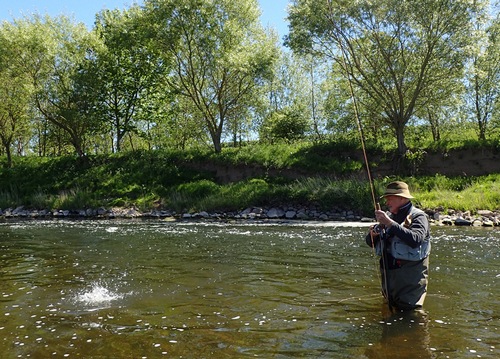 Mike with a fish to a North Country Spider 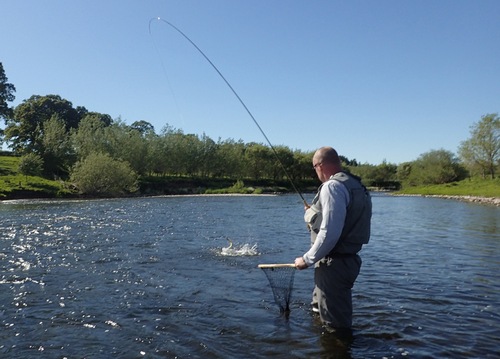 Jason into a fish in Cumbrian sunshine

The final week of the month saw a return to unsettled conditions and a welcome lift in levels. The lift was slight, only about 6 inches (15cm). It was very welcome as the warm spell had meant that weed growth was becoming prolific, and a nuisance, in some areas and surface scum was building and becoming an issue.
The extra water freshened things up after the warm spell and fish reacted well to the nymph. This slight change in levels was right on cue, as one or two clients came to look at nymphing tactics/techniques and the additional water suited this perfectly. We looked at the French leader and it’s various uses. Decent numbers of fish reacted positively to our offerings – which is always good when you’re looking at new techniques. 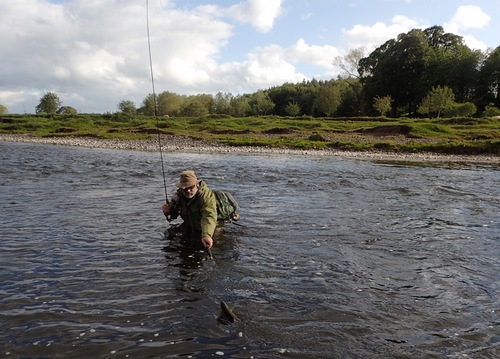 John draws a fish to the net 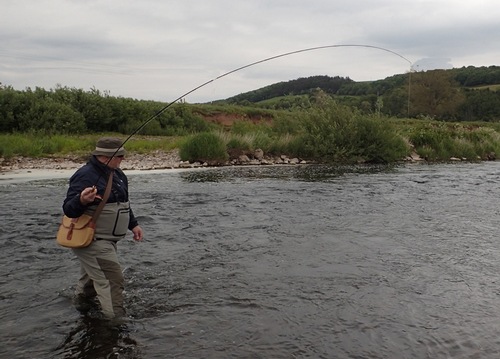 May finished with an unsettled period, we had colder weather, spells of rain and fluctuating river levels. It was a bit different to last year and the unseasonably hot weather, low rivers and high water temperatures. I know which I’d rather have and hopefully there’ll be plenty to look forward to in June!