July was a good month overall, it started off dry with the rivers very low, then we got some wet weather and coloured waters towards the middle and end of the month. 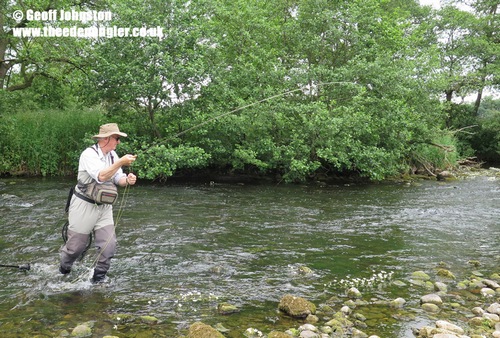 Mike is into a fish

Mike was in Eden at the beginning of the month; the river was low and the weather was beautiful for the tourists, but unfortunately, it wasn’t great fishing weather! Daytime hatches were as expected at this time – sparse – and the fish were keeping their heads down. So Mike was introduced to the ‘French leader’ and working the pockets and seams with small nymphs. This did the trick on a tough day and a few fish were caught and dropped. 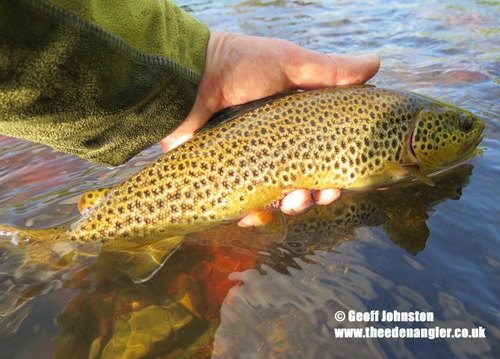 The dry spell and low water conditions dominated the first half of the month, although the fishing was good – but tough – and more often than not, the nymph was the preferred method. Steve (below) was over from Pennsylvania and visiting Eden for the first time. He was introduced to North Country spiders and had a bit of action, before a change to ‘The Duo’ or ‘Hopper, Dropper’ – as he termed it – produced the best fish of his day. 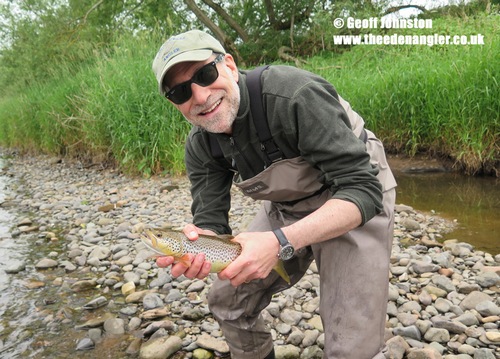 Traditionally, early July usually sees Ullswater switching off for a couple of months, as the fish drop into the deeper water and our efforts are best concentrated on the rivers. This year was hopefully an exception: Anita and Daniel were keen to have their first go at fishing the lake. We had very low water temperatures at the start of the season and the lake was slow to fish; so I was hoping the delayed start would result in a delayed finish. It didn’t quite work out that way, but the weather was in our favour and we did get some action…. 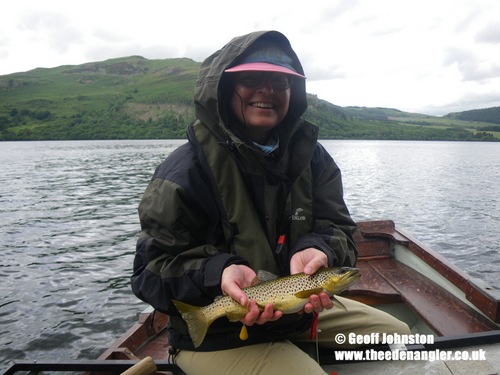 An Ullswater trout for Anita 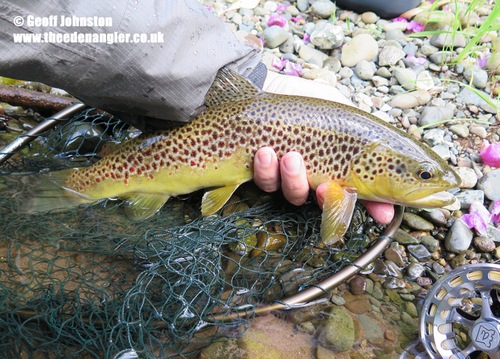 The second half of the month did produce some rain, not a lot, but enough to give the rivers a slight lift and a touch of colour. Daytime hatches were still too sparse to get much surface activity, so the nymph continued to dominate proceedings. Fish were out in more open water at times though and some decent specimens were encountered. 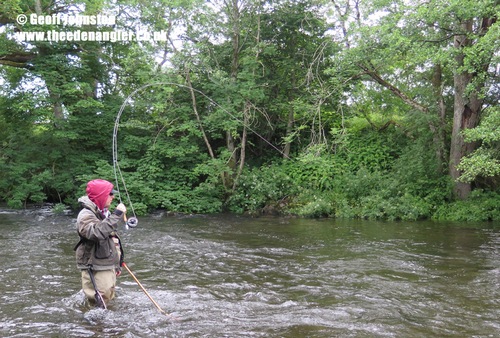 Ian came to work on river techniques and the conditions were good for him: the river was at a good height and we had good cloud cover, which helped him to get some action on the methods we looked at…. 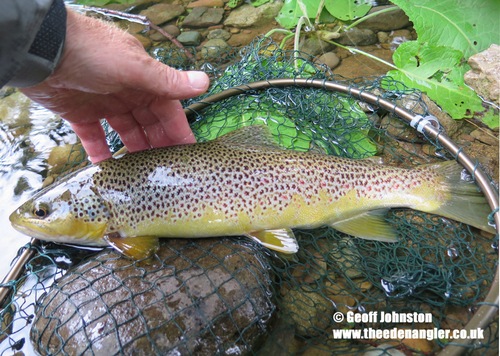