I’m sure that our seasons are changing. The pattern nowadays seem to be that we get summer-like weather in the spring and then by mid-June it begins to turn autumnal and the rains come.

This June seemed to be following the same pattern. By the time Keith joined me on the 4th the weather was changing, the river was coloured – from overnight rain – on the 5th and on the 6th our rivers were rising after another spell of overnight rain. 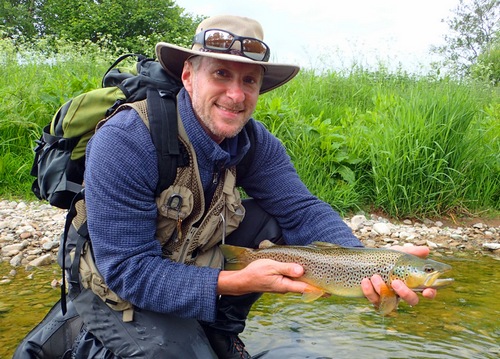 Keith with a river PB

Keith had joined me to look at the various river techniques and all produced some action on the day. The dry fly proved the most productive and a rising fish gave us the opportunity to look at fly choice, correct approach and good presentation. Keith’s approach and presentation was spot on and after his first fly was refused we made a change and an Eden PB (for Keith) obliged by taking the fly on the first drift! 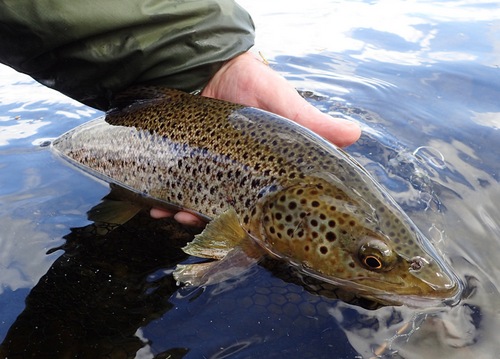 A BWO Dun produced some nice fish on occasions

June is the time of year when we see our best hatches of Blue Winged Olives and I experienced my first good daytime hatch on the 7th. The fish aren’t normally slow to get on them and the day produced some great dry fly sport to appropriate dun inmitations. 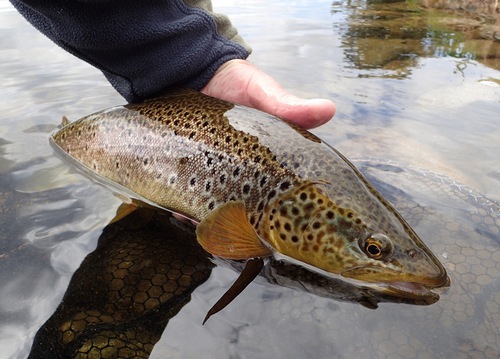 Another one to the BWO

Good hatches of BWO’s continued until the 12th of the month, when we had our second good lift in river levels following a spell of heavy rain. A drop in water temperatures and a coloured river seemed to curtail the hatches. Rising fish were at a premium, but a change to the nymph continues to produe some action for myself and clients. 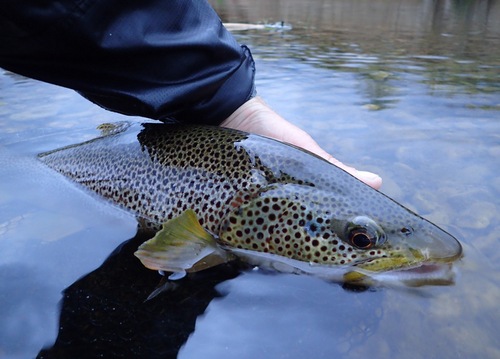 An Eden leviathan to the midge

On the odd occasion that we did encounter rising fish they didn’t seem too interested what had become very sparse hatches of BWO’s and were more prone to react to a variety of midge imitations, although Yellow May duns were beginning to be more prevalent and they were also attracting some attention from the fish. 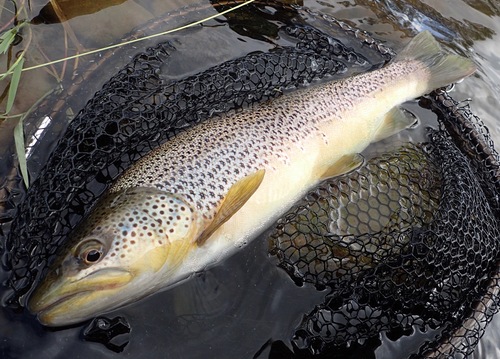 A nice fish to The Yellow May dun

The remainder of June remained unsettled with fluctuating river levels. The dry fly sport slowed but , when we did get out, the fish responded positively to a variety of sub-surface offerings. 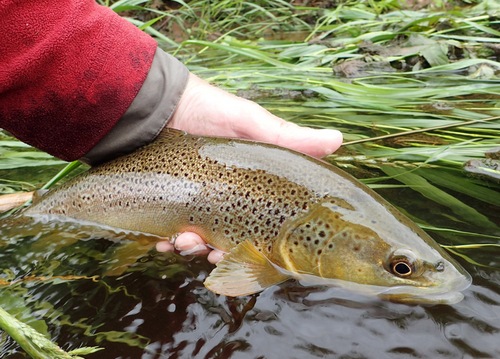 One to the nymph in a coloured river