It’s really great to see youngsters coming into our sport: Sam and Ben joined me for their first go at fly fishing on the final day of May. Both boys picked up the casting really well and both managed to get a decent line out at their first attempt and had the chance of fish when we got into that part of their day. 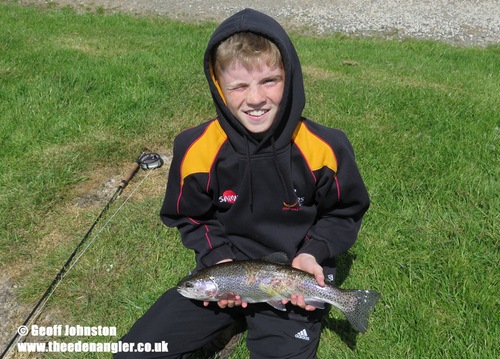 Sam with his first trout on the fly

The end of may and early June also saw the start of our evening fishing. A few clear, calm nights provided ideal conditions and good hatches of Sedge had fish feeding hard during the last hour of daylight…. 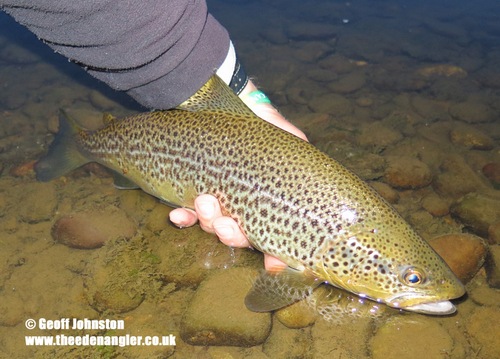 May’s dry weather continued into early June and the river was down to it’s bones for David’s visit, but he managed to get a bit of action to a well presented team of his own tyings. 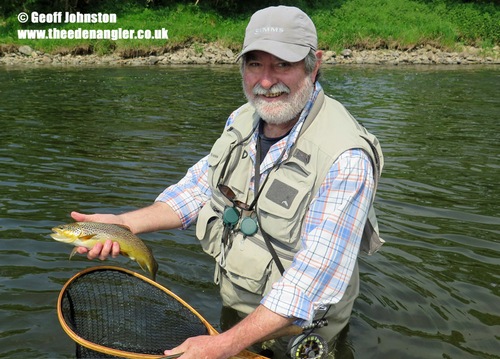 David with a trout to the nymph

The dry conditions provided challenging fishing during the first ten days of the month. Low rivers and clear blue skies were not ideal for daytime hatches. Surface sport was at a premium, although spiders fished in the surface or just below did attract some attention on occasions and – as usual – the nymph didn’t let us down…. 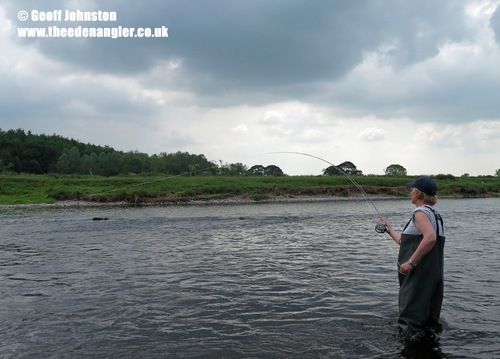 Jane scored on her debut

June saw a few newcomers to our sport and to Eden. Jane and Charlie came to Eden to try out fly fishing and after a bit of work on their casting etc. they both scored, with fish coming to their offerings on their debuts.
Heavy rain on the night of the 10th brought fresh water into the river and a welcome lift in levels during the third week of the month. This perked things up for clients that fished during the final two weeks…. 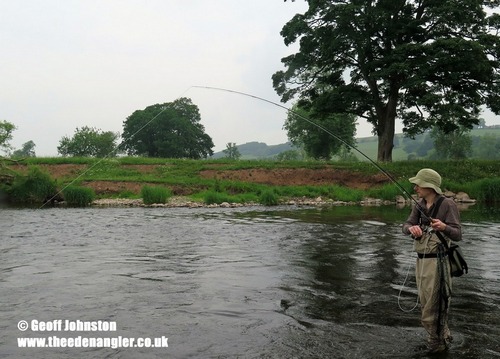 Steve on his first visit to Eden 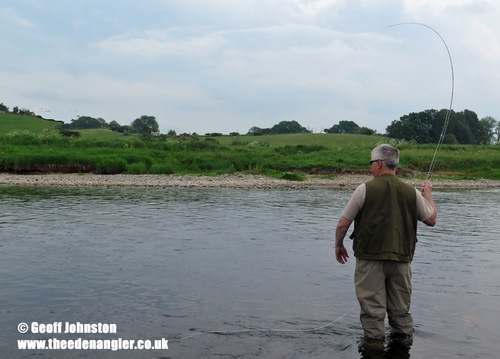 Andy had fish on the nymph 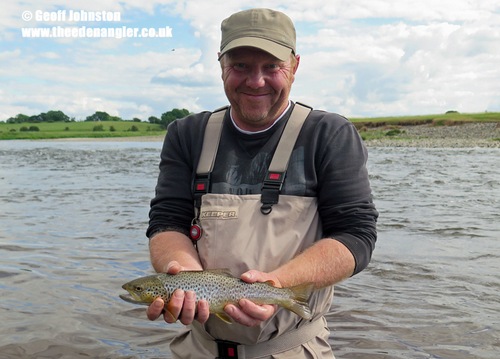 Mark with his first Eden trout 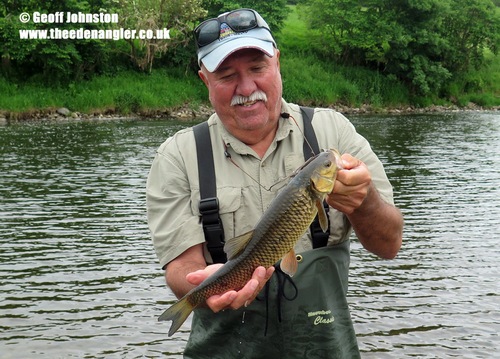 A ‘rare’ Chub to the fly for Larry

It’s funny how things happen sometimes. Larry  – a visitor to the UK from Texas – was out with me on the 16th June: the first day of the 2016 coarse fishing season and he hooked into a chub! As a young angler in Eden, I used to see quite a lot of chub and often picked them up on the fly. They were always a bit of a disappointment. After an arm wrenching take and one initial run, they were spent and lifeless as they were dragged to the net. No one seems to know why, but they have virtually disappeared from the river; to the extent that friends who used to chase them and regularly got some quite large specimens, don’t and haven’t bothered fishing for them for years. So it was a very unexpected surprise when Larry caught one whilst having his first taste of Eden. The fish put up a very un-chub-like spirited fight and I thought that he was into a large trout before it came to the surface and I saw what it was. Even though I don’t chase them, it would be nice if these fish made a come back, and hopefully, it is a sign that all is well on our great river. 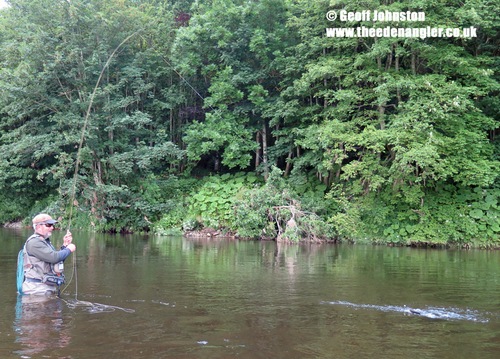 Derek is into a fish

Derek was on his yearly visit to Eden in June and he joined me for a day to look at a few techniques. We looked at dry fly presentation; the ‘Duo’ and ‘New Zealand’ dropper and fishing Streamers. All produced some action and the nymph on his ‘Duo’ rig even attracted the attention of a five to six pound grilse. I was gutted for Derek when the fish managed to break loose, but to be fair, he never had a chance. The fight – if you could call it that – was over in seconds, as the fish turned and headed off downstream like an express train. It was a very short, but very exciting encounter and it was the second time it has happened to me this season. The first time it happened, I was fishing a pair of nymphs on a French leader when I struck into a take and got the shock of my life when a Salmon of  approximately eight pounds exploded clear of the surface, it jumped twice in a matter of seconds and threw the hook on it’s second leap. I would never have dreamed of using nymphs or spiders when I used to chase our ‘silver tourists’ but I’ve had the occasional Salmon on both whilst using them in the pursuit of Trout and Grayling…. 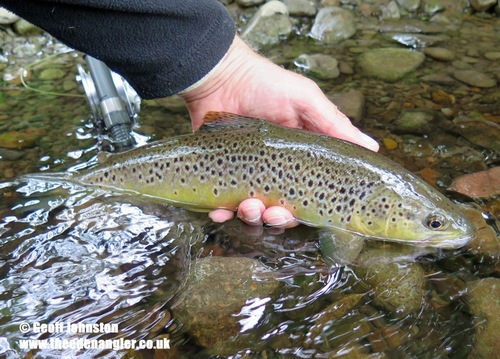 The ‘Klink’ pulled fish to the surface

The last couple of days of June brought more rain and another welcome lift in water levels. The rivers were carrying colour on the final day of the month, but it was ‘good colour’ and even though there was nothing rising, a day of speculative fishing with my favourite dry/emerger ‘The Klink’ produced quite a bit of action when this great fly pulled a good number of fish to the surface.