June was a great month in Eden! May’s unsettled weather continued into June. The river held at a good level throughout most of the month and we had the best hatches of Blue Winged Olive that I’ve seen for many years! 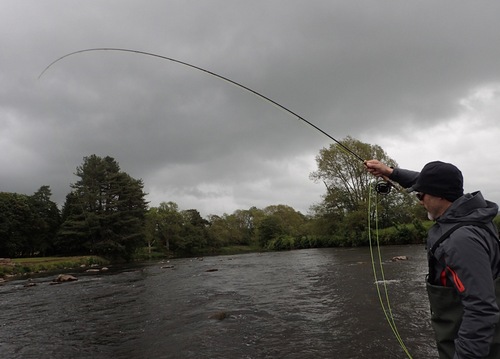 Rain at the end of May brought our rivers up, but they settled at a nice level to produce the opportunity of good sport during the first few days of June.

Daytime hatches were pretty sparse and sub-surface offerings in their various forms dominated our approach! It was certainly the case for Hakan on his first visit to Eden. But it was an opportunity to introduce him to a technique that he wasn’t familiar with – upstream nymphing – which he picked up well and his efforts were rewarded with some action. 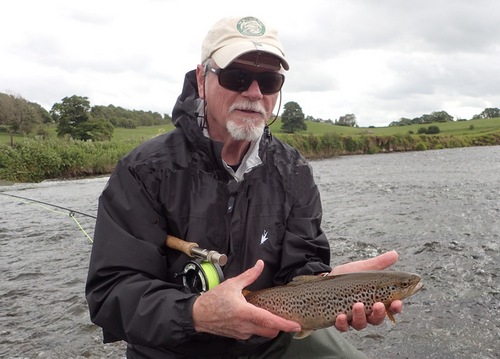 A great start to Trigg’s first taste of Eden

It wasn’t all about dredging the depths with nymphs though and our ‘North country spiders’ produced the goods on occasions too. Trigg was over from the US. After a short demonstration of how we fish what his fellow countrymen more commonly term ‘Soft hackles’ he was soon into his first British brown trout! 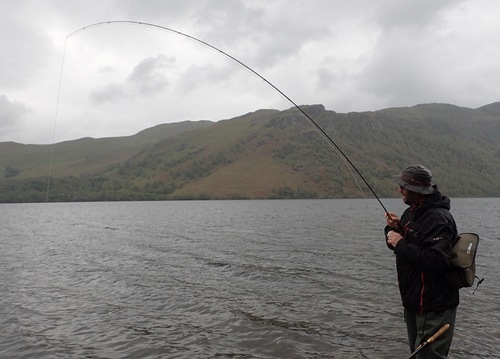 Steve into his first lake trout

As mentioned in the May blog: I have seen really positive signs that our river trout population is recovering from the devastating floods of 2015 and it seems to be the same for our lakes too. Steve stopped off on route to a loch fishing holiday in Scotland. The remit was to work on his casting and look at lake/loch techniques. After spending the morning on casting, it was time to fish. The Mayfly (Ephemerella Danica) began to hatch right on cue. The hatch brought the fish on and it was really positive to see good numbers of fish taking advantage. It was also a great opportunity to set up a ‘lake rig’ with Mayfly imitations and look at presentation, retrieve rates etc. – and Steve’s hard work was rewarded…. 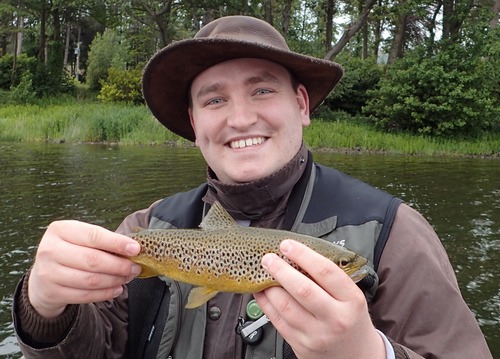 A lake trout for Charlie

Our ‘true’ Mayfly made an appearance for Matt and Charlie’s day in the lakes, and so did the fish, with a few responding positively to their offerings and both brought fish to the boat. 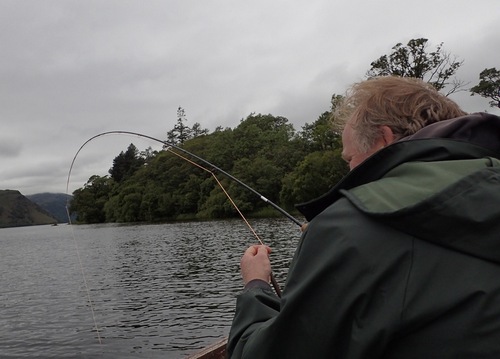 Matt is into a fish and it’s gone under the boat! 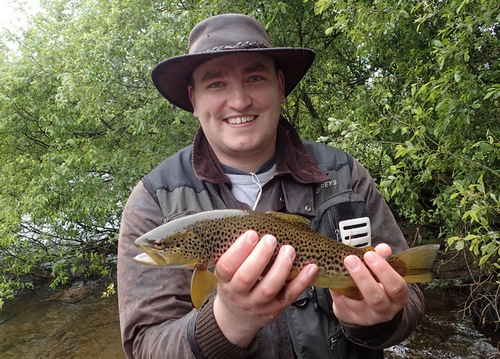 Day two and another nice fish for Charlie

Day two saw Matt and Charlie having a taste of our rivers. Overnight rain had put some fresh water in and they were still rising slightly, but a few fish fed and Charlie finished the day with the best fish of the trip! 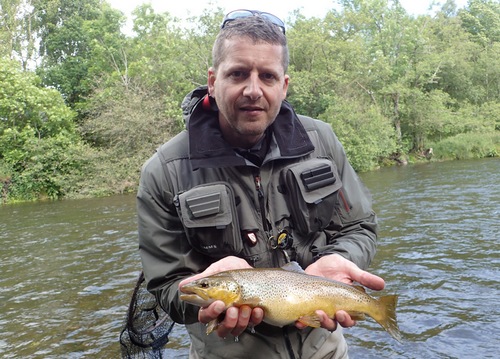 Success on the’French leader’ for Phil

The middle of the month brought another spell of heavy rain and one gauge on the middle to upper Eden showed that the river peaked at 1.31 metres (approx 0.9m up on normal) on the 14th. The extra water brought more tolerable temperatures, our rivers carried a tinge of colour for much of the remainder of June and our trout remained active. Many days saw fish confidently midging the flats – even in relatively bright conditions!

Most who joined me for a day on the river had sport: including Phil who worked on his ‘French nymphing’ with positive results; Ed, who got his rewards after some good work with the nymph and Bill, who fished the final day of the month and topped off his first taste of Eden with some action…. 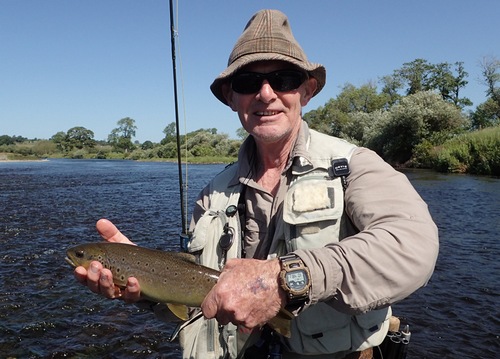 Ed with a nice fish in a sunny Eden 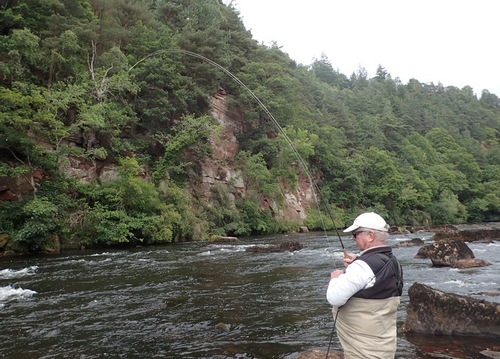 Bill is into a fish!