Eden in April: I heard on the radio this morning that we’ve had the driest winter for 10 years. Rainfall so far this year was said to be a third of what it normally is – our rivers are still okay at the moment, but a bit of water would be much appreciated!

On a more positive note: after a relatively slow start to the season, the fishing picked up in April. We kicked off the month when Malc joined me for a day in the lakes. It was the first time that he’d fished the lake for a couple of years and conditions were far from perfect with light winds and sunshine, but he stuck at it and managed to get some action…. 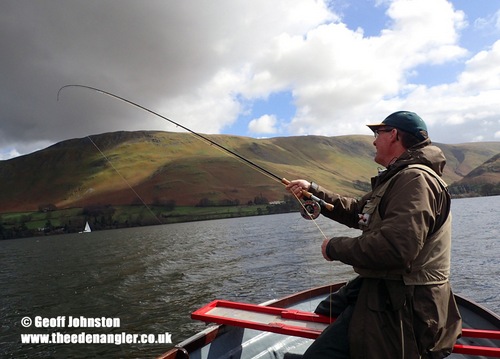 Malc is into a fish…. 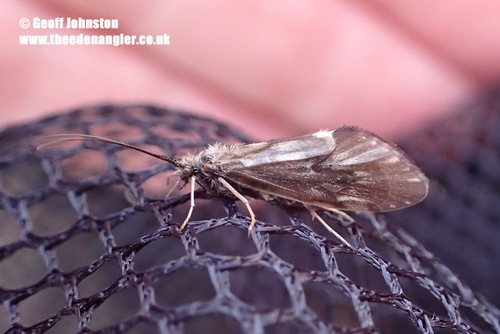 I spotted my first Grannom on the 4th April. This was my earliest sighting of our early season sun-lovers and this year’s arrival was seventeen days earlier than my first sighting in 2016. The fish didn’t get a chance at them on the 4th, a strong upstream wind kept the fly off the water and most of my sightings were of flies coming out of the bankside vegetation as I wandered the river. But the hatches increased each day and fish were on them three days later when David had first taste of Eden. He had success on a mix of pupa and emerger patterns. 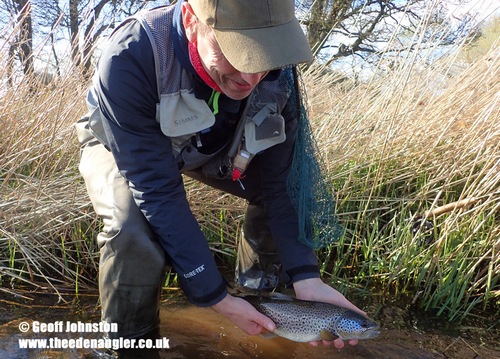 David returns a fish taken on a Grannom emerger

The Large Dark Olives continued to hatch into April. They were the dominant species on a cloudy and cool first day in Eden for John and Colin. The pair fished a mix of spiders, nymphs and dries throughout the session and managed fish – or the chance of them – to each. 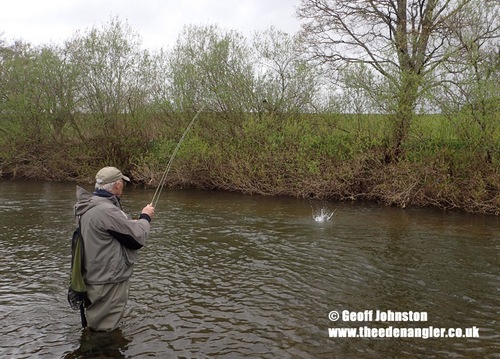 John is into a fish on his first visit to Eden

Apart from decent hatches, one other dominant feature of April was the wind. We seemed to get day after day of cold West or North-westerlies. They were a real pain at times, making life pretty uncomfortable and decent presentation difficult. But there were times when they did help: days with strong winds and sunny spells produced decent hatches of Grannom and quite a few wind-blown flies were getting trapped in the meniscus, providing easy pickings for the trout. 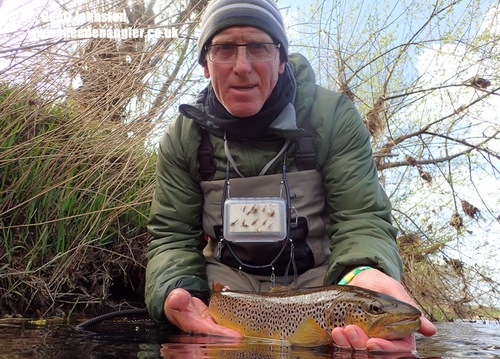 Picking off Grannom trapped in the meniscus

Richard joined me in the middle of the month. He fished the local rivers 30 years ago, when he was just a boy, so this was a trip down memory lane. Hopefully the day will have awoken a passion for our great sport and it will not be his last day on the water. 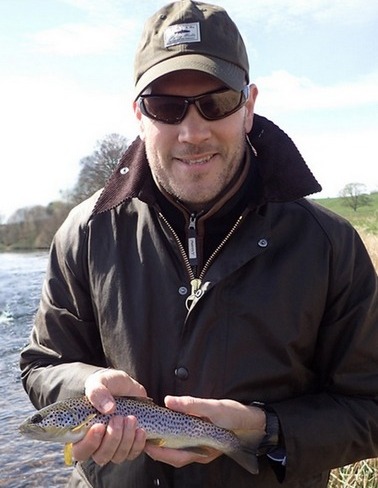 The cold winds continued into the second half of the month and we even had a couple of frosty mornings. Grannom and the occasional Large Dark Olive continued to hatch, and they were joined by some other April favourites. We saw hatches of Iron Blue Duns, Olive Uprights and Large Brook Dun. When the sun shone the Grannom were out and when it didn’t our seasonal upwings appeared, so it was win win for the fish, they were getting a good feed and a few nice specimens turned up. 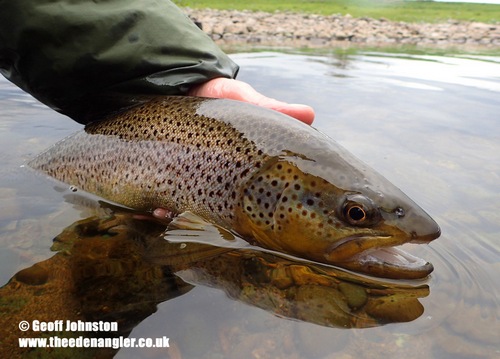 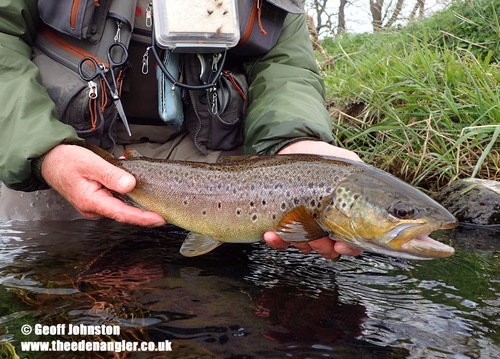 One to the Olive Upright

The dry spell continued towards the end of the month – I don’t think we had any rain in April. The month started off with the river quite high after rain at the end of March but we’ve had nothing since. Perhaps that’s what has suited the invertibrates – they’ve certainly hatched in relatively good numbers this month. The Grannom hatches started to peter out towards the end of the month but then the Black Gnats appeared…. 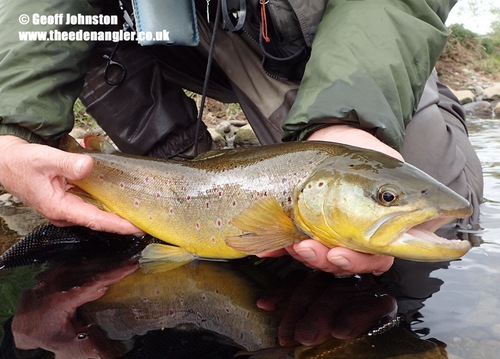 Sipping emergers in a pool tail

Doug joined me for his first river outing of the year and alternating between nymphs, spiders and dries ensured that he managed some action on his 2017 debut. The sun shone for part of the day and we saw the Grannom out in force for the final time of the year. Doug managed some action to Grannom patterns before the cloud arrived, the wind picked up and they did their usual disappearing trick. It wasn’t quiet for long, as the wind swept a few black gnat onto the water and a few fish turned onto them. A quick change of pattern brought more action for Doug…. 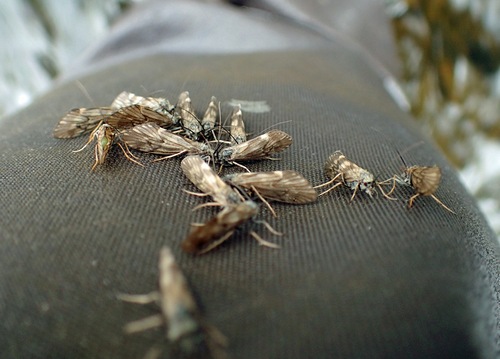 Grannom at the end of the month 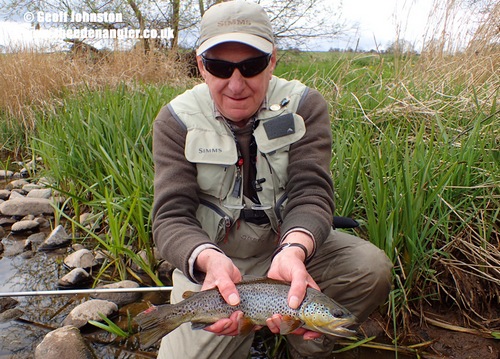 Doug on his first outing of the year

So, after a quiet start to the season, Eden woke up a bit in April. Hatches – although not prolific – have been relatively good and the fish have had a good feed. The rivers are very low and a bit of rain would be nice. But they are not worryingly low yet and they are still fishable. It’s just going to be a bit tougher and present a bit more of a challenge – but that’s what it’s all about isn’t it? Here’s to a good May!