Maytime in Eden started with bitterly cold weather and a relatively low river.

Paul joined me on the first day of the month and, despite the cold conditions, we had fly trickling off the river and fish rising. It was an opportunity for Paul to fish the dry fly and fish responded positively to his offerings. As per usual this season, the rise and hatch were brief affairs, but a change to our ‘North Country Spiders’ brought a bit more action as the surface activity slowed. 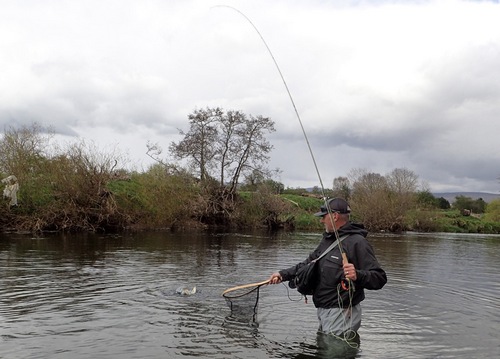 Paul had action to the dry fly!

The first weekend of May brought another spell of heavy rain, which fell as snow on the fell tops. The rivers were high and the remainder of the week remained bitterly cold.
Water temperatures have been all over the place during the early weeks of our season. They were 10°C on opening day, then dropped to 7°C before rising to 9°C and dropping again to 5°C. It’s hardly surprising that our hatches, along with associated rises, have been sparse and unpredictable!

The rivers were settling down towards the end of the first week and, although it was still bitterly cold, Large dark Olives and Olive Uprights braved the elements and made a show. 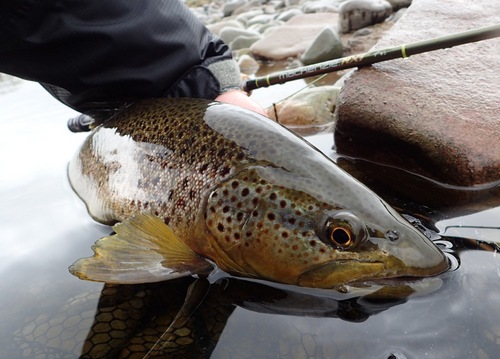 Tempted by an Olive Upright

More rain over the second weekend of May brought the rivers up again, but they settled enough for Colin’s day on the Tuesday. We got some sunshine, a hatch of Olives and Colin managed some action to his offerings. 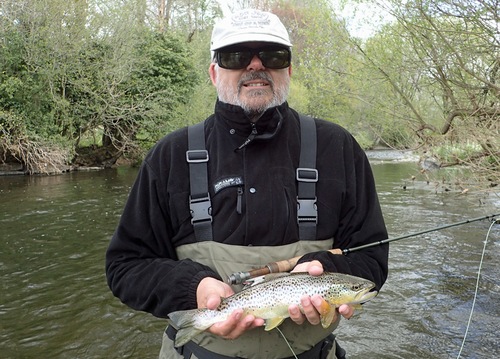 Colin got some action!

After high waters forced a cancellation earlier in the month, Jimmy joined me for his taste of Eden and to work on our river techniques. We looked at a few different things. Most worked on the day, but the dry fly produced the best spell of action. 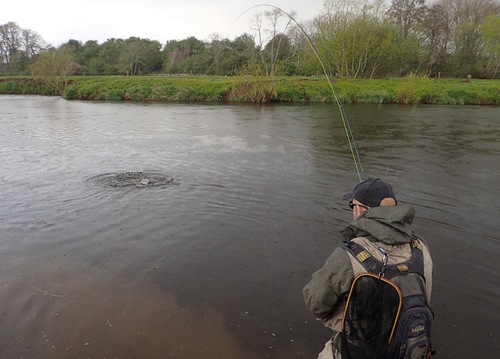 Jimmy into a nice fish on the dry fly

We had a bit of a warm spell during the third week of the month, the hatches picked up and so did the fishing. Although most of that week was spent doing casting lessons rather than fishing!
David joined me towards the end of week three. The plan was to look at some of the techniques that we employ on our rivers, put them into action and to do some fishing. We had hatches of Olive Uprights, Iron Blue Duns and Brook Duns…David got some action on the dries. 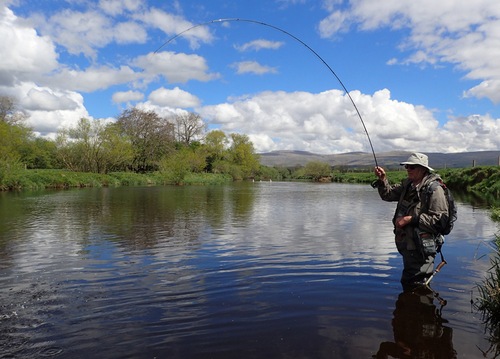 David got some action on the dries

The warm spell didn’t last long. We were back to strong winds and heavy rain on the 20th, the rivers were up again for the third weekend of the month.
David had been hoping for a day on Ullswater and the river levels made it an easy choice. It proved a good move, conditions were perfect, fish fed well and David got action throughout the day! 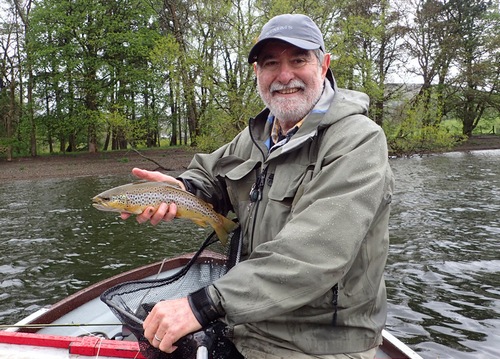 David got perfect conditions for his day on Ullswater!

More high waters meant that a couple of guided days had to be cancelled in the second half of the month. But all settled down for 25th and the Yellow May Dun made their first appearance of the year.
Mike joined me for his first visit of 2021. We got the hoped for hatch, managed to find some rising fish and he enjoyed some sport to the dry fly. 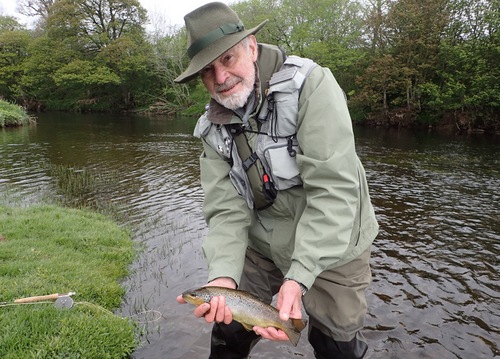 Mike tempted fish with his dries 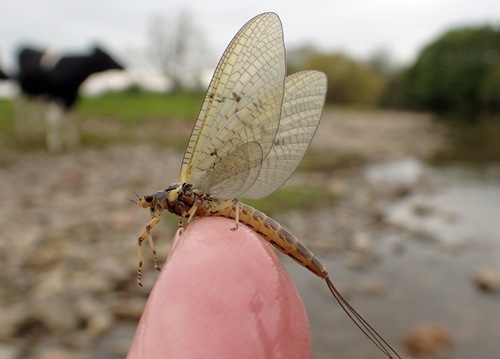 First Mayfly on the 28th

Our biggest upwing, the Mayfly (Ephemerella Danica), were about a week late this year. I didn’t see my first until the 28th. But it was nice to see them join the party and hopefully a sign that the river was coming to life. We had a number of species hatching on some days and some great sport to the dry fly. 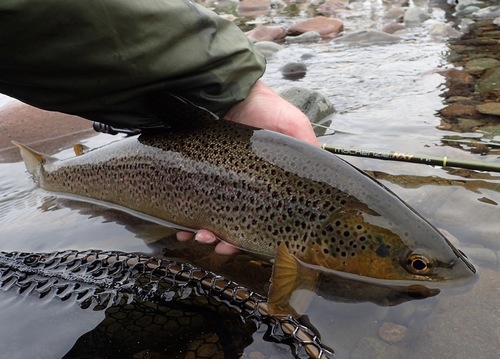 A Brown to an Olive Upright

We saw the month out with the river settled and some decent hatches. David joined me in the latter days and his favoured method ‘North Country Spiders’ were put to good use. His well-presented team produced action throughout the day and he made contact with a decent number of fish. 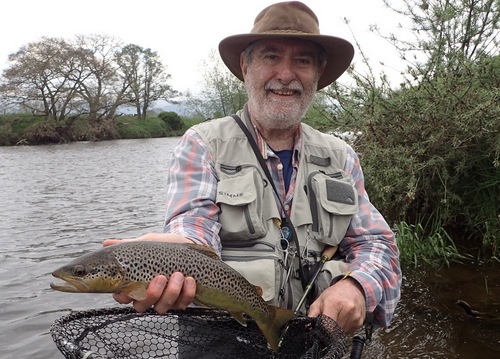 David scored on the spiders