Rain returned to Eden in August – to every fisherman’s relief! The month began with the rivers low, but rain on the 6th brought a welcome rise. Eden was up approximately 27 cm (11 inch/ish) by the 8th and coloured. 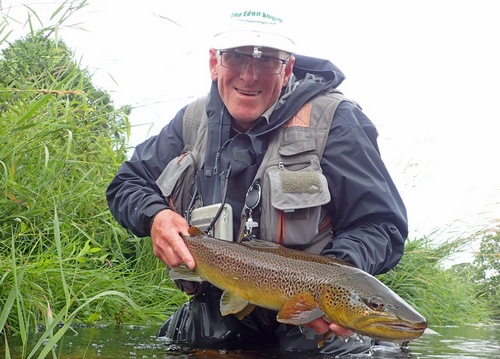 Fresh water perked the fish up!

The fresh water certainly perked the fish up and, as the river settled, a day on the nymph produced my best fish of the season!
The river was still holding at a good level and carrying a touch of colour when David joined me. David’s favoured method involves a traditional across and downstream presentation of a team of our ‘North Country Spiders’. And it certainly paid dividends, with a number of fish coming to his well-presented offerings. 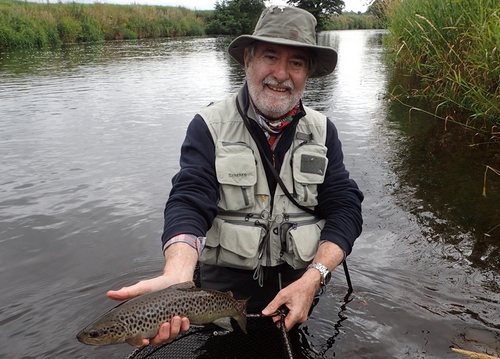 A nice fish from a coloured river!

It wasn’t just the nymphs that produced. The drop in water temperature seemed to have fish actively looking for food and I had a couple of enjoyable sessions stalking the bank edges, picking off some nice fish that were actively sipping on aphids. 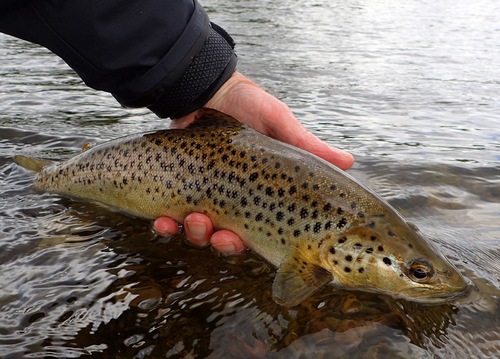 A nice fish sipping on aphids! 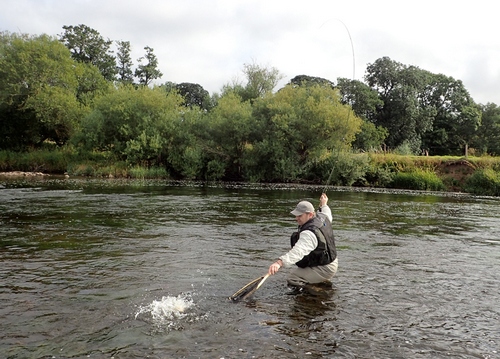 An Eden trout comes to the net

The unsettled weather continued for the majority of August. Although the rain wasn’t heavy and our rivers were never massive, the levels did fluctuate and water temperatures dropped sufficiently to produce some decent fishing. Alan hit the river at a nice height and his good fishing ensured that his offerings were accepted by a number of nice fish! 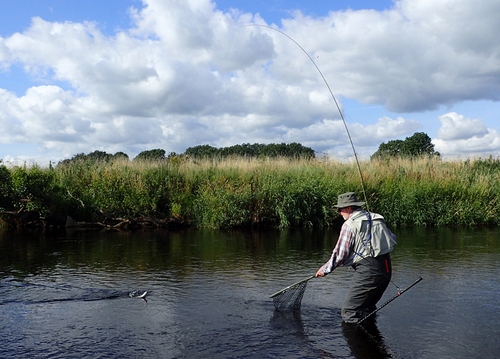 Net at the ready!

The cooler water temperatures didn’t just suit the trout; the end of August saw the grayling starting to come on the feed again. On some days there were decent numbers to be found sipping on midge and aphids. If you were lucky to in the right place when this happened a few could be tempted with suitable offerings. Based on observations, hopefully this bodes well for our late autumn and winter grayling fishing. 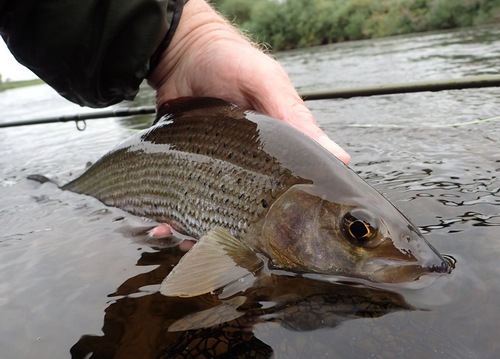