The seasons seem to fly over nowadays and the final month came around faster than I would have liked. But – despite changeable conditions – we finished 2018 on a high. The month saw a mix of newcomers and re-visits to Eden, our rivers provided most with some action, and I managed a Personal Best! 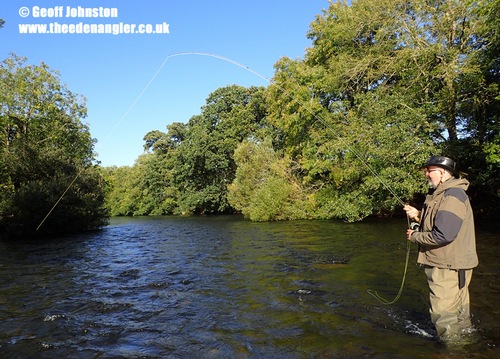 Colin is into a fish on a sunny day in Eden

The weather and river levels were quite settled during the first ten days of the month. Hatches were sparse and rising fish were at a premium, but hunting with various sub-surface offerings produced action for most. Colin was hoping for some dry-fly sport on his day, brilliant sunshine and no fly put paid to that! It was a good opportunity to learn some nymphing techniques though and he did manage to catch and lose a few on a variety of different weight and size of nymphs. 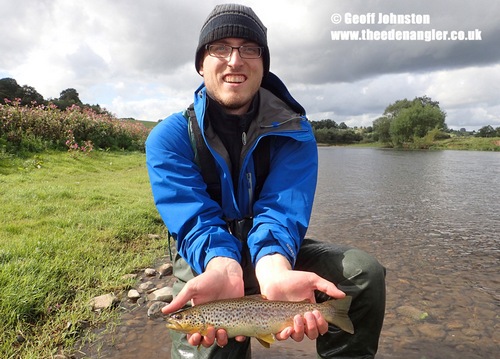 Nate was fly fishing the UK for the first time

Rain on the 10th brought our rivers up, but – although still a touch coloured – they were fine for Nate and Sam’s first experience of fly fishing in the UK. The newlyweds were over from Wyoming on their honeymoon. I was hoping that the river would perform and give them a day to remember. It didn’t disappoint, we rang the changes throughout the day, fine-tuned some casting, and both managed to get their first (plus others) UK fish. 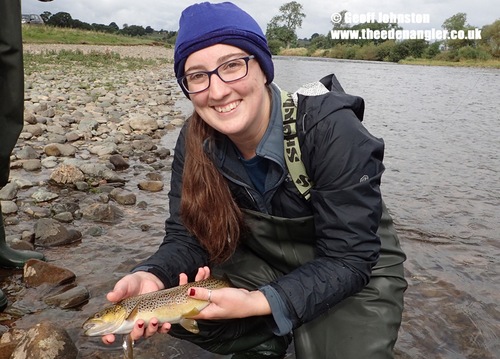 A spell of rain and fluctuating levels, culminating in a big lift on the 21st – Eden was up approximately 2.5 metres – meant that we lost a few days during the middle of the month. But all was settling back nicely by the 23rd ( in some areas) and we managed to fish the final seven days of September. 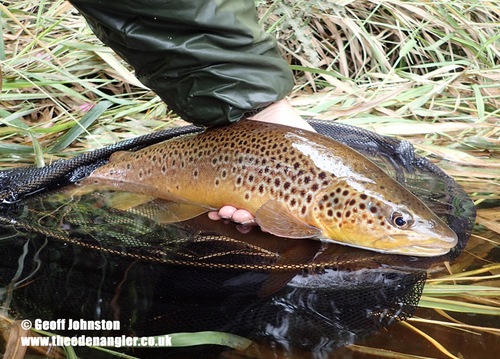 Some decent fish were about in September

The big lift on the 21st seemed to perk the fish up and hunting around produced a few nice specimens, including an Eden personal best (4lbs 13ozs) for me. 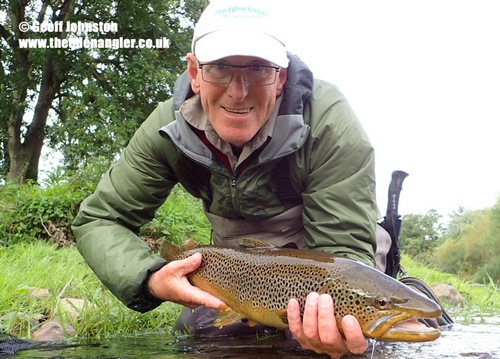 A PB from our great Eden system! 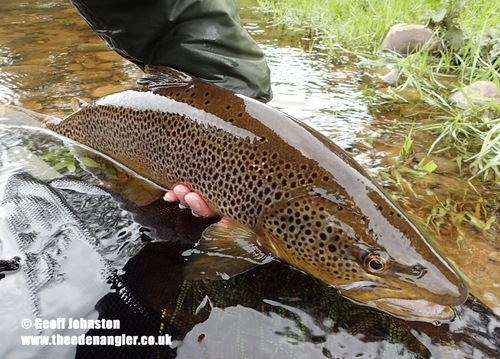 A beautiful Eden fish is about to be returned 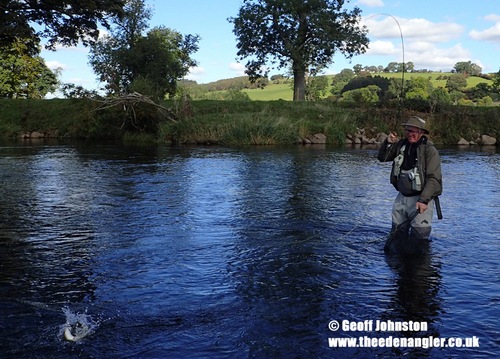 Mike had an action packed week

Mike joined me for the final week of the season and he enjoyed some good sport. We moved around and fished somewhere different on each of his days. Employing a variety of techniques ensured some action on each day, with decent numbers caught, lost and missed. He managed a river PB at 2lbs 14ozs, had one more at 2lbs 3ozs and a few around 1lbs 8ozs – all good fish for the Eden system, so he enjoyed a very positive end to his 2018 trout season! 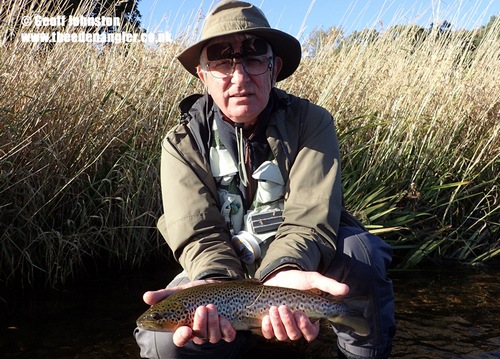 Mike shows off his final fish of 2018

I managed to end my season by fishing the final day. Conditions were challenging with strong winds and very heavy showers mixed with brilliant sunshine. Fish were keeping their heads down. I saw two oncers stick their nebs out all day, so it was sub-surface fishing to end my season. It didn’t disappoint though and I managed so get some action – although it wouldn’t have disappointed if I hadn’t, any day on the river is a good day, whether I catch or not! I did manage to get hold of what I thought was going to be a final day leviathan – that was before I spotted it and saw that a not-so silver tourist (salmon) had taking a liking for my nymph. 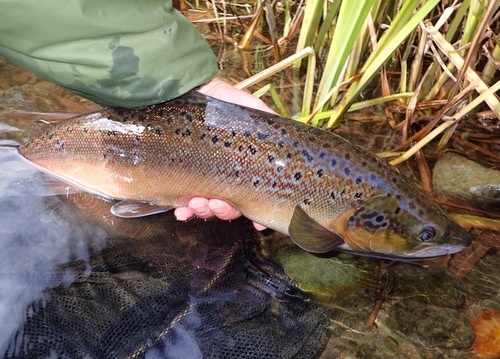 So that’s another trout season over. It’s been a challenging one to say the least. We seem to have had it all this year: water temperatures as low as 4.5°C and as high as 22°C; heavy rain and Eden up to 3.5m. These extremes are certainly not conducive to good fishing, so lets hope for better in 2019! But it’s grayling time now, so hopefully we’ll have a good winter as we pursue our ‘Lady of the Stream’