It seems to have become a common theme over the past few months: ‘Another unsettled month in Eden’. September started off dry and cold, but it didn’t last. Another spell of wet weather blew in from the west on the 4th and the river began to rise on the 5th.
Luckily, the first few days were dry for David’s visit. He fished well and got some action from trout and grayling to a variety of techniques. 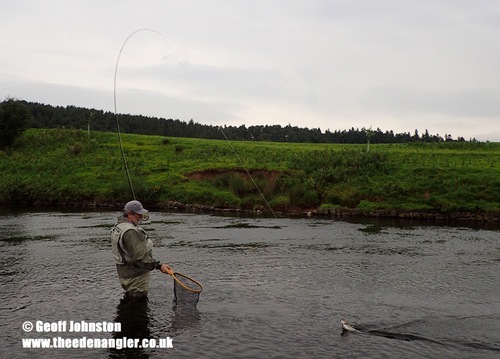 The river settled down for a few days, and Alan’s visit. Conditions for his day were dull and overcast with a few showers – nothing new there! – and the morning session was slow with just one or two offers to his spiders. The afternoon was much better: we found fish midging on the flats after lunch and Alan had a good session as he targeted rising fish with a variety of midge patterns. 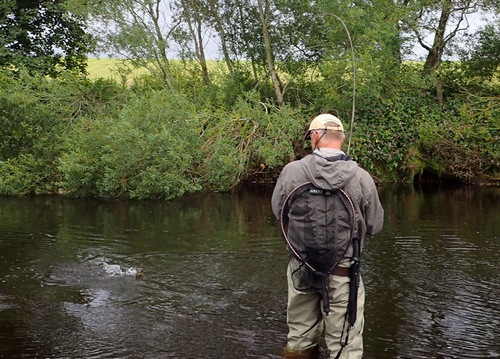 Heavy overnight rain brought the rivers up on the 8th and – if honest – I was a touch worried that this would jeopardise the chance of John getting his first taste of Eden. Which would have been a shame. It was his first visit to the UK and his first chance to fly fish our rivers. The Eden system tends to rise and fall quite fast on occasions nowadays. We were lucky, as this was one of those occasions. Although it was still a touch high for his day, the river was okay. Sport wasn’t as prolific as I’d have wished, but John managed to get his first UK trout and he got the chance to target one or two risers with the dry fly. 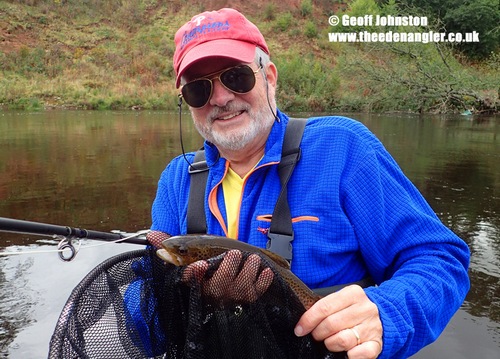 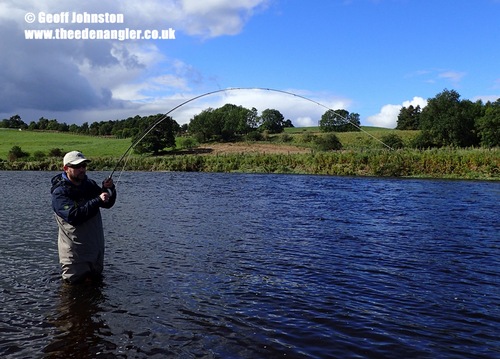 The unsettled weather continued through the middle of September and the pattern of rising and falling rivers remained. Guided/tuition days coinciding with falling rivers, so none were lost, and we enjoyed some good sport on occasions.

As usual: when I wasn’t guiding, I was fishing. There was no way that I was going to miss out on any opportunity to fish during the final month of our trout season and I was fortunate to hit some good days and some very good fish. I saw my first autumn hatch of Large Dark Olives on the 16th and enjoyed a productive session on the dries.

On the 19th I caught my best fish of the season – it was the only feeding fish I came across that day, but I wasn’t complaining when it took my fly and tore off downstream. It got into fast water and an adrenaline filled fight ensued as it travelled down river with me in pursuit. This wise old leviathan tried to bury itself under any obstacle that it could find. It wrapped my line around two boulders and each time I was sure that we would part company. There was a massive sigh of relief on each occasion when I managed to free the line, and we eventually made it to the softer water of the next pool, where this 3lbs 12oz beauty was netted. 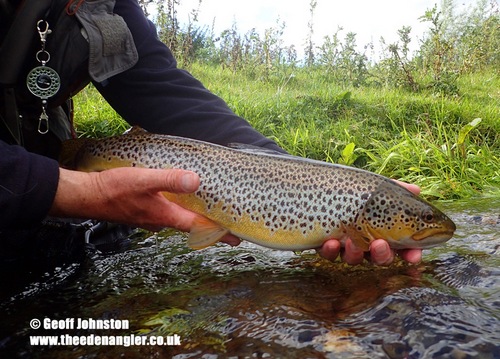 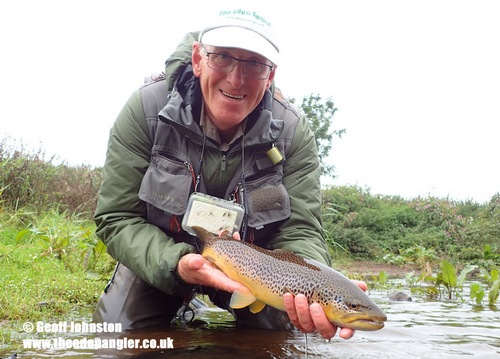 Another nice September fish is returned

A busy week of guiding during the final week of the month meant that my 2017 trout season ended on the 24th. It was a good final session with another nice late season trout weighing in at 2lbs 4ozs. 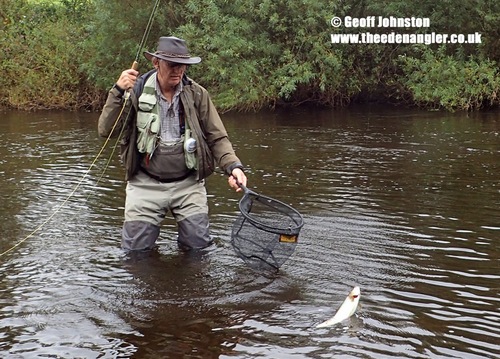 Mike draws a grayling to the net

Mike joined me for a few days during the final week and he enjoyed what he described as some ‘truly memorable’ fishing. He enjoyed a good day on the dries, with a good number of fish – mainly grayling – coming to his offerings. He managed a personal best wild trout of 2 lbs 4ozs. Then went on to beat it by an ounce on the following day. He went on to finish his season off with a final fish that weighed in at exactly 2lbs. He also caught other fish in between, but for me as a guide, it was great to see him get three fish over 2lbs! 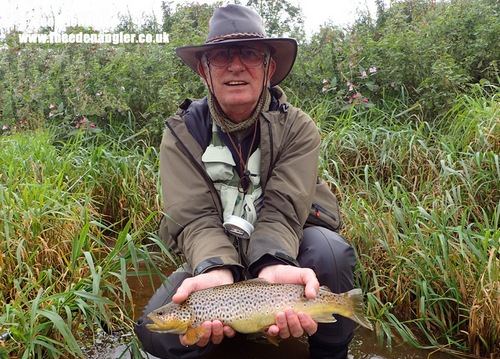 Mike with a personal best on Eden (2lbs 4ozs) 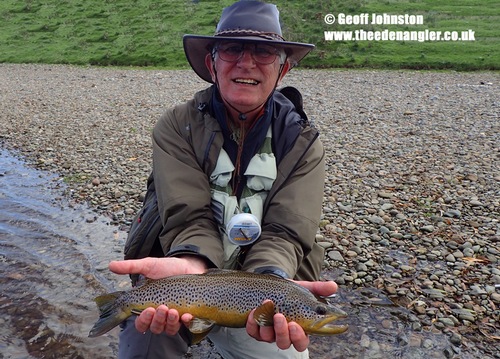 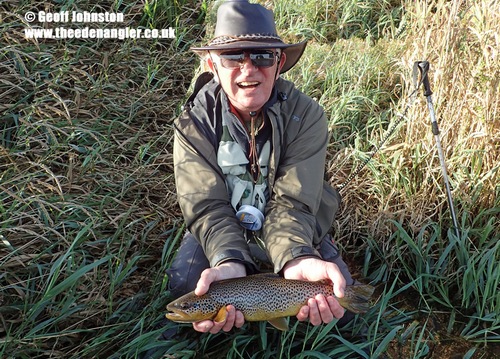 The river’s were on the rise again during the final weekend of the month. Peter and Sven were over from Germany for their first taste of fly fishing in the UK. Our weather was not too kind to them and – after heavy rain – the Eden system was rising fast. So we had a trip into the borders where the rivers wern’t quite as high. Our chosen venue was carrying extra water, but fishable.  Peter and Sven both managed some action – despite the conditions being far from ideal – and had a positive start to their visit. 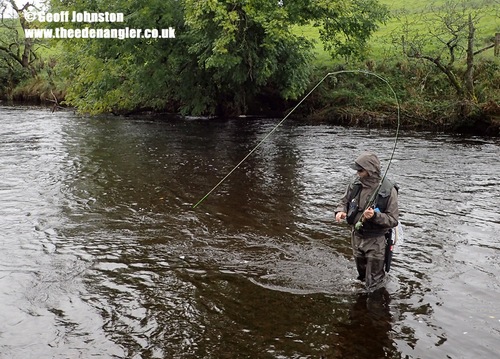 Peter is into his first UK fish

I’m not going to hope for better weather in October, because, based on the year so far, it’s not going to happen! I guess we’ll just have to take what comes and make the best of it. Let’s just hope that we get some fishing in and good luck to those that brave the elements; and to anyone who joins me to chase grayling….