September in Eden began the way that August ended, in fact it seems to have been the pattern for the whole of our 2019 summer: a series of wet fronts blowing in from the west!

We had a high rivers in Eden on the 1st, cold winds and showers on the 2nd and rising rivers on the 4th! But it wasn’t all doom and gloom. Fish are resilient creatures. They seem to be capable of acclimatising to, and living with, whatever the elements – within reason – throws at them. This year, despite unseasonably low temperatures and fluctuating river levels, has – in my opinion – been the best year on our rivers since the devastating floods of 2015 swept through our region. The trout have been back in good numbers and a broad range of sizes. Fly hatches have been excellent at times. The Blue Winged Olive hatches were tremendous this year. We had great hatches back in the 70’s, 80’s and early 90’s but I think these were the best that I can remember! 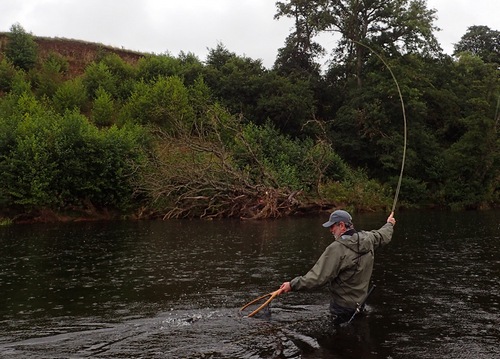 As already mentioned: the first week of the month followed the unsettled pattern. David had showers, rain, cold winds and a rising river during his few days in Eden. But, by varying techniques to suit the conditions, he had a relatively productive time. And that can be the secret to success sometimes – to have a variety of techniques at your disposal and to learn how and when to use them. 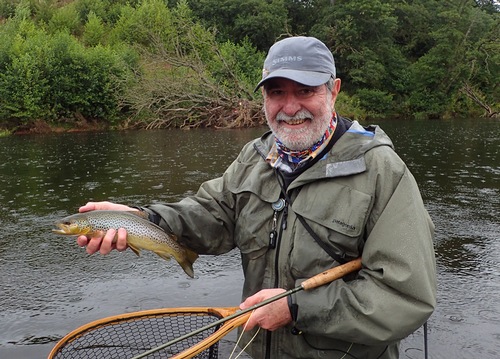 David with a nice trout

Mike joined me to look at various nymphing techniques. The river was carrying colour, but fish fed. We looked at Upstream nymph, Czech nymph, French leaders and even managed to squeeze in a bit of North Country spider fishing. A few fish obliged, so we managed to get some action to each discipline. Mike finished the session having caught his personal best for the river – a cracking trout that weighed in at 2lbs 10ozs! 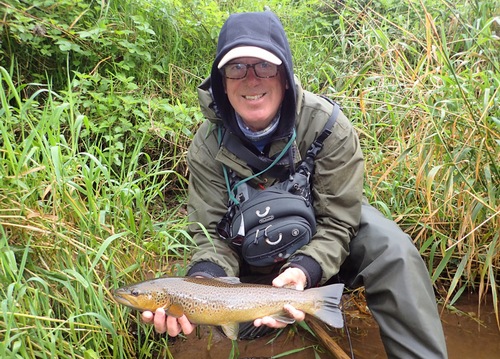 A cracking fish for Mike! 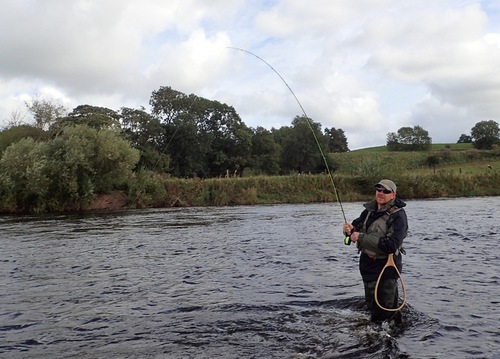 Ian into a fish in Eden 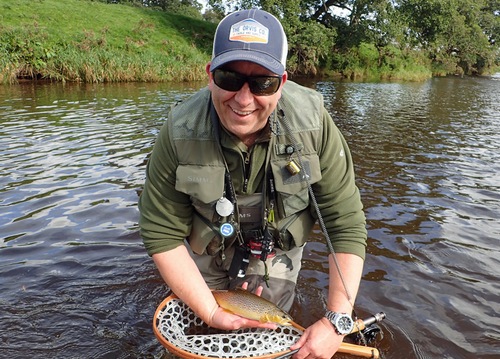 Mark scored on the nymph!

The second week of the month brought more rain and rising rivers and a few days of guiding/tuition were lost to the elements. Luckily the weather and river settled by the 12th and we got back to fishing. The 13th was lucky for Ian and he managed to christened his new gear on a couple of fish. Mark had a positive Eden debut and, after we’d done a bit of fine-tuning, he got some action to the nymph. 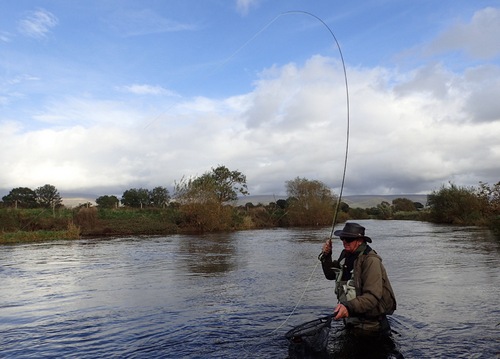 Mike is ready with the net!

Mike was up for his latest visit to Cumbria. He’s become quite an accomplished river-man over the years that we’ve fished together. So a relatively full Eden wasn’t as much of a challenge that it would have been when we first met. He can normally cope with anything that I throw at him nowadays and we mixed it up a bit to cope with different depth, current velocities etc. This paid off and Mike was rewarded with a relatively good number of late-season trout. 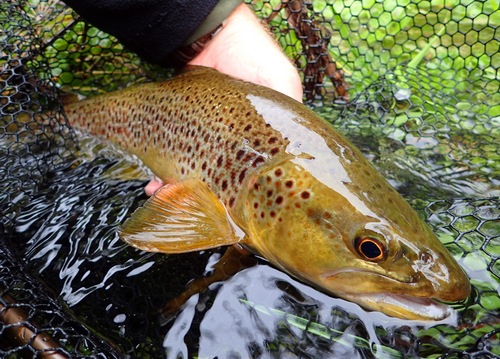 The final fish, on the final day, of the 2019 trout season

The final week of the season was a bit of a challenge with intermittent spells of rain and fluctuating levels. A couple of days of tuition were lost, but I managed to scratch around and find some fishable water most days. I thought my season was over on the 27th of the month. With a rising river and a wet weekend forecast I thought that that was it – season done. But temptation got the better of me on the final day. I had to fish it; there wasn’t a lot to go at, but a hunch paid off and I managed to fish the final afternoon of the season and finish it off with my last trout of 2019 – a beauty that hit the scales at 1lbs 9ozs.

2019 has been a really positive season. There were definite signs that the river is recovering from the floods of 2015. Trout were back in good numbers and we had some great hatches, so let’s hope that this positive trend carries into 2020 and beyond. Unfortunately I can’t say the same for the Grayling yet. They don’t appear to be back in the numbers that we had pre-2015; but I’ll be out in search of them this winter, so we’ll see….