September in Eden saw another season draw to a close. Due to the unprecedented events of 2020 and the early season lockdown due to the Coronavirus outbreak, it’s been a much shorter season than normal – and it seems to have flown over! But, compared to August, we finished with a relatively good month. Despite a mix of fluctuating river levels and days of bright sunshine, most who visited Eden managed to get some action. 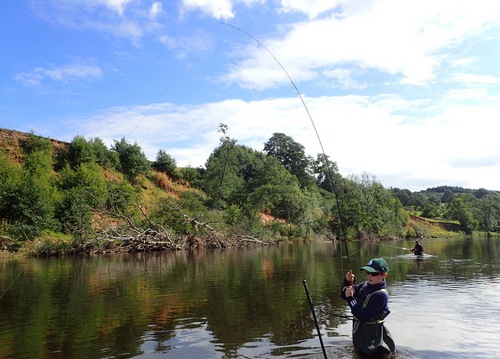 Leo is into his first trout on the fly

Young Leo and his dad stopped off for their first taste of fly fishing at the start of the month, and they both managed to get a bit of action…which was great, especially for Leo. Hopefully it will have given him the incentive to carry on with our great sport. 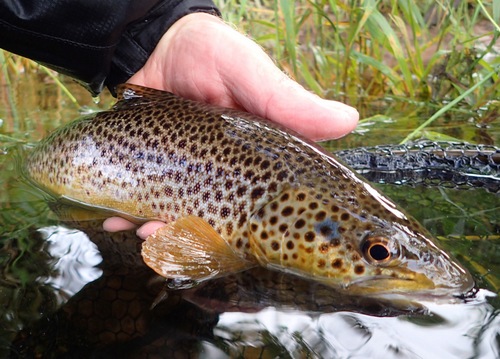 A trout from a coloured Eden

Early September saw fluctuating water levels but, luckily, not enough to stop us fishing and all was good for Mike’s rescheduled visit. He’d planned an earlier visit to concentrate on the dries, but Covid put paid to that. Surface activity was in short supply. Our Autumn flies were refusing to play. So Mike concentrated his efforts sub-surface and his offerings produced action for him, including an Eden PB! 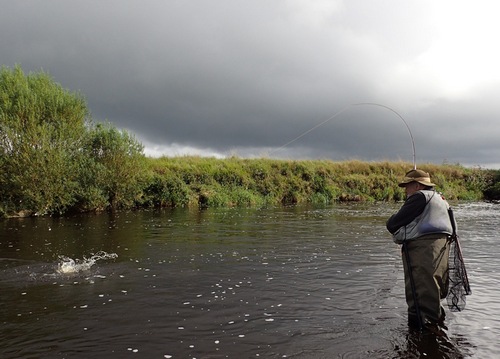 Mike is into a fish on his day in Eden 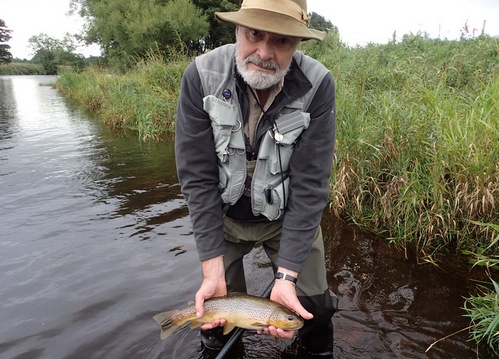 Mike shows off his Eden PB 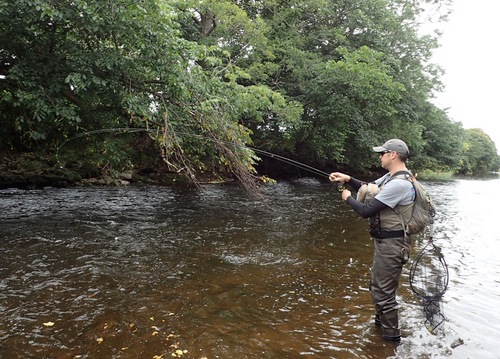 Mark into his first fish of the day

Mid-September was relatively dry. The rivers were dropping and clearing. But our trout fed well with most of our sport coming to nymphs on the French leader and North Country spiders. Although, those that were introduced to ‘The duo’ and ‘New Zealand dropper’ did pull fish to the nymph and the occasional one coming from nowhere for the dry. Steve had his first go at Eden and managed his first grayling and an Eden trout to ‘The duo’. 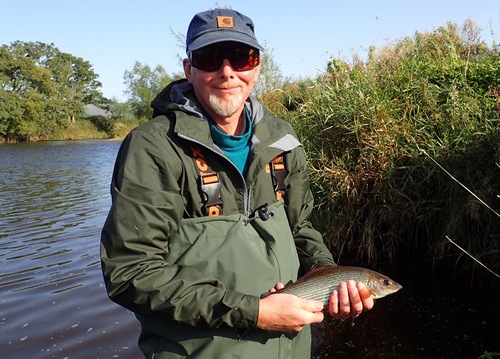 Steve with his first grayling on the fly 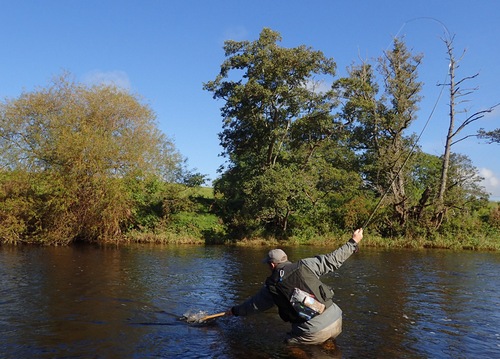 Alan brings a fish to the net

Alan was my last client of the trout season. The best was definitely saved until last! Alan’s first fish of the day was a PB at 3lbs 6ozs – the biggest fish caught by any of my clients this year. We mixed things up on a bright autumn day in Eden. Alan went on to score on the spiders and rise fish to dries. So it was a really positive end to my 2020 trout guiding! Let’s hope that the positive vein continues into our winter grayling fishing. 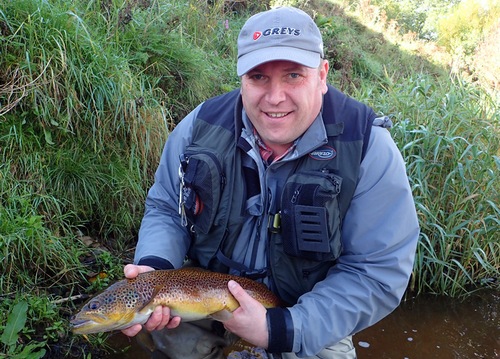