September 2015 was very much like September 2014. The last month of the trout season was dominated by fine weather and low rivers - but the fishing was good. 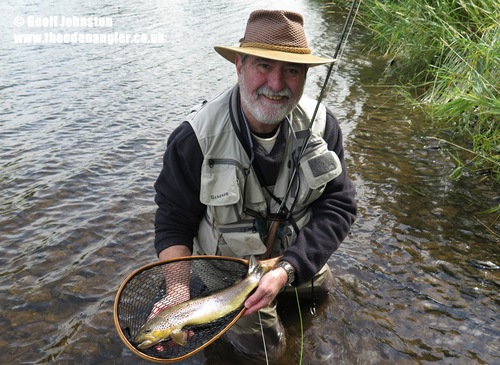 David and Sam were in Eden at the beginning of the month and the river performed well for them, despite the weather. Hatches were sparse and there was only the odd intermittent riser; not ideal for dry fly, but good conditions for a team of North Country spiders fished just under - and in - the surface. It was Sam's first visit to Eden, so we had a brief lesson on 'spider' fishing before letting him loose with his team. He fished them to good effect and was soon into his first Grayling and a few nice Trout. 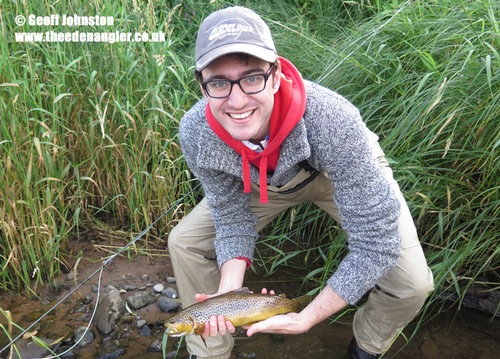 Sam with his first Eden Trout

Allan was another first time visitor to Eden. He couldn't have had tougher conditions: cloudless, sunny skies and a low, gin clear river. They were challenging conditions, but not impossible - concentrating on the faster, more oxygenated water with small nymphs produced chances and some action.... 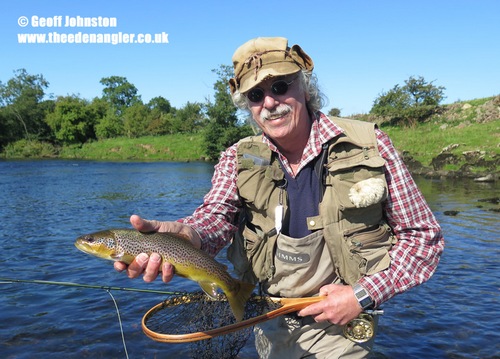 Allan with his first fish on his day in Eden 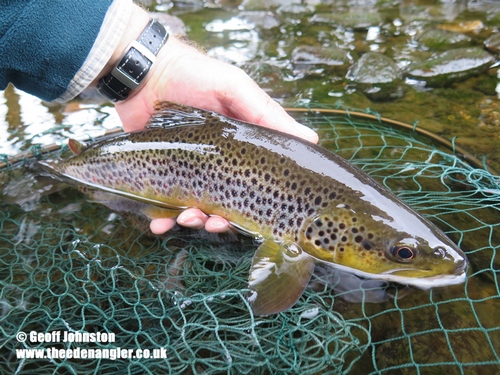 Trout were on dries in the afternoon

We had some late afternoon hatches of Blue Winged Olives most days in September - as long as it wasn't too bright. The intensity of the hatch varied from day to day, but any duns on the surface usually managed to trigger a rise from a few trout and Grayling. On some days - especially from the middle of the month onwards - as long as you were willing to ring the changes, sport could be had throughout the day on nymphs, spiders and dries. 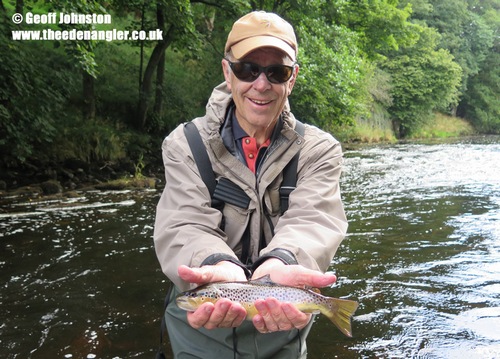 A first Eden Trout for John

Wisconsonites John and Brian were next to visit Eden. Their two day visit was to be shared between the river and Ullswater. Day one was on the river and our tactics were based on my previous days on the river and the lack of surface activity. We started on the nymph, which helped John to get his first Trout and a few Grayling. The dry fly brought Brian success and his first Grayling in the afternoon.... 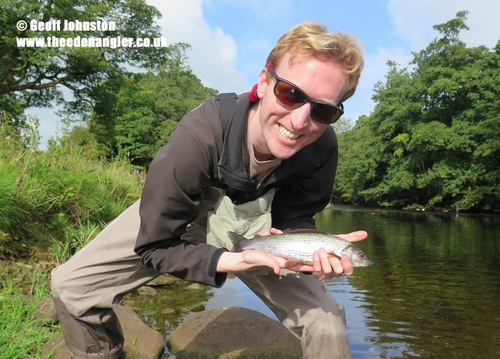 Brian tempted his first Grayling to take a dry fly

The second day of their visit was on Ullswater. I'd been hoping and praying for suitable conditions for their day and our weatherman had been suggesting all was good. But, as the day drew closer they began to change their minds and the day dawned bright, sunny and calm - the lake fishers anathema. We were committed though, so went for it and hoped for the best. Things looked very positive when Brian tempted a fish to his flies on our first drift, but that was it. We tried a few different areas and chased a light ripple, but only managed a few tentative tugs. They both enjoyed their day though and thought our lake was beautiful.... 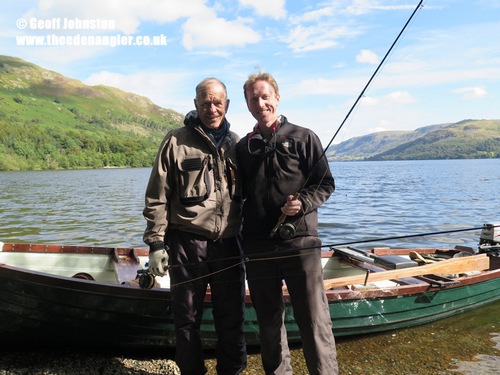 Father (John) and son (Brian) enjoying their day on Ullswater

Mike was my final client of the 2015 Trout season and he managed to have an eventful two days - especially his last one, which in his words was 'memorable'. Mike has been coming to Eden for a few years now and I've been keen to get him a 'red letter day' and we eventually managed it. He started his last day on 'the duo' (Dry fly and nymph) and had a fish first cast; that seemed to set the pattern for the rest of the day as a steady trickle of Trout and Grayling came throughout the session. We had a late afternoon hatch and the dries produced some action, then a change to spiders as the rise petered out ensured that Mike continued to catch fish and had his most productive day since converting from stillwater to river. 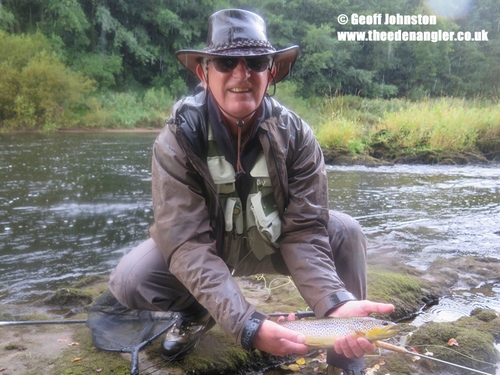 Mike's first fish on his 'memorable' day in Eden

The final two days of the season saw me out on the river. It didn't really feel like the end of September - the weather was unseasonably bright and warm, but it didn't have a negative effect on the fishing.

I'd recently received a couple of lines from Sunray Fly Fishing: the World Class Nymph and the Jeremy Lucas Presentation lines, so these got an airing. I was really impressed with the Sunray lines, I'm looking forward to spending more time with them, which I'll report more on in a future blog. The WCN and small nymphs produced good numbers of fish on the final two mornings and the JLP combined with dries and spiders during afternoon hatches produced the goods right up until the final whistle on closing day. My last fish of the 2015 season came to a size 16 Olive Emerger at 17.10 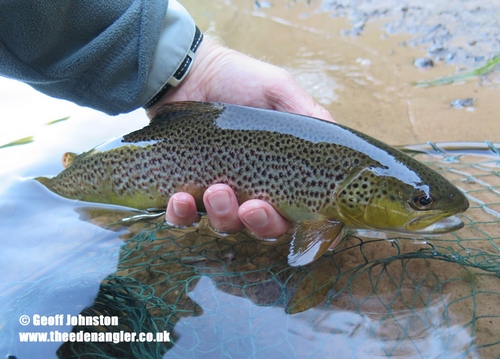